“Post military service, I was fortunate enough to work with Ned in support of Smith Elite,” said Matthew ‘Griff’ Griffin, Combat Flip Flops co-founder and CEO. “His leadership, style and ability to motivate were inspiring. As an advisor and mentor, Ned will push Combat Flip Flops to the next level and we’re honored to have him help lead 'the Unarmed Forces.'” 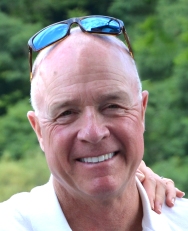 For over 20 years, Ned Post led Smith Optics out of Ketchum, ID, as its president. During his tenure, Smith and his team transformed a small goggle company into a global outdoor and lifestyle accessories business, adding product lines including sunglasses, optical eyewear, helmets and ballistic military eye protection. Smith sales grew from $15 million to $110 million under his leadership and the brand became recognized as the market leader in winter sports goggles and helmets in North America.

“Since meeting Griff and learning about Combat Flip Flops’ mission, I’ve been inspired,” said Post, pictured to the right. “I can’t imagine what it’s like to have your life turned upside down by the impact of war, and while I don’t pretend to know what the solution is, I believe in what Combat Flip Flops is doing and can’t wait to join the movement.”

With a willingness to take bold risks, connect communities, and design impactful products, Combat Flip Flops’ ‘Business, Not Bullets’ mantra is flipping the view on how wars are won. Through persistence, respect, and creativity, the mindful consumer is empowered to manufacture peace through trade. In 2015, Combat Flip Flops has funded over 21 years of school for Afghan girls and cleared 1173 sq. meters of land mines in Laos.