For Spring 2016, Columbia Sportswear is introducing OutDry Extreme, which it touts as the biggest breakthrough in the rainwear category since Gore-Tex introduced conventional waterproof breathable construction more than 40 years ago.

In an interview at its New York City showroom, Blaine Perrin, director of product marketing for Columbia, said OutDry Extreme basically brings OutDry, which has been used in footwear and gloves, to rainwear – ultimately bringing both protection and breathability to the category.

OutDry features a patented lamination process that bonds a waterproof membrane directly to the garment’s highly breathable outermost layer. Water is sealed out at every entry point, giving OutDry gear a superior fit that breathes and insulates better. The technology promises to make up for the shortfalls of traditional bootie construction, in which water and debris often stagnate between layers, making the shoe or garment feel cold and heavy.

But bringing OutDry to rainwear proved to be a challenge. Overall, Perrin noted that technology advancements have moved much slower in rainwear than outerwear, footwear and other outdoor categories.

The rainwear category started nearly 200 years ago with the invention of the rubber rain suit. Said Perrin, “The main benefit was they keep you dry in a pretty harsh environment. But the obvious downside was that it was heavy, un-breathable and uncomfortable.”

The next big innovation came in 1969 when Gore-Tex ushered in waterproof, breathable jackets. Columbia was the first brand to use Gore-Tex in a parka in 1975. In the decades since this introduction, many new membrane technologies have been introduced by various brands, but fundamentally the conventional waterproof breathable construction approach hasn’t changed.

The traditional approach to waterproof breathable shells is to take a thin waterproof membrane, cover it with a durable fabric treated with DWR (Durable Water Repellent), and line it with another fabric next to skin. Layers of fabric sandwich the waterproof membrane for durability and for comfort.

The downside to typical waterproof products is that light abrasions, dirt, and even body oils degrade the DWR, especially when the jacket is wet. The DWR coating must be maintained and retreated. The other issue is that, once wetted out, the multilayered approach to rainwear restricts breathability and becomes clammy.

The brand a few years ago brought some of its own innovation to the rainwear category with Omni-Dry. While it was lightweight, Omni-Dry still used the traditional construction method (membrane on the inside, protective textile on the outside) for waterproof breathability. With Outdoor Extreme, a patent-pending technology, the breakthrough for Columbia’s PIT (Performance Innovation Team) was moving beyond thinking about the membrane and focusing on construction, said Perrin.

The waterproof membrane is moved to the outside of the jacket to actively repel moisture and rain. The big benefit of Outdoor Extreme, according to Perrin, is that by putting an abrasion-resistant membrane on the outside where it’s in contact with the rain, there is virtually no risk of the jacket “wetting out” like others do when their DWR wears off, noted Perrin.

But the big surprise to Columbia’s various testers is that the jacket is also highly breathable.

Columbia has over 600 “beta testers” – including guides, professional outdoors people, and ordinary outdoor enthusiasts – across the world that test product. OutDry Extreme was wear-tested over the last six months by about 150 of them, including testers in New Zealand, across parts of Europe and the U.S. A major focus was having employees who work at Washington’s Olympic National Forest, which receives more than 200 inches of rain a year, test product. Said Perrin, “They have zero tolerance for stuff that doesn’t work.”

Perrin said observing the seam taping and other features reminded many of the testers of early un-breathable rubber rain jackets. OutDry Extreme is highly breathable thanks to microscopic perforations in the membrane that allow moisture to escape. The interior lining is a wicking textile that enables even more breathability and next-to-skin comfort, as opposed to a plastic-feel next to skin. Said Perrin, “They all felt they were going to get hot and clammy but were truly surprised.”

The OutDry Extreme range will all be branded by Columbia’s Titanium logo and will be featured across Columbia’s three performance tiers: Gold, Platinum and Diamond. The collection features 19 styles of jackets and pants in several colors, priced from $150 to $400.

The collection will sit under the OutDry family because of its focus on waterproof. Said Perrin, “We now have a full head-to-toe OutDry story, which we think will hopefully lift all boats and help OutDry be seen even more as a premium waterproof technology.” 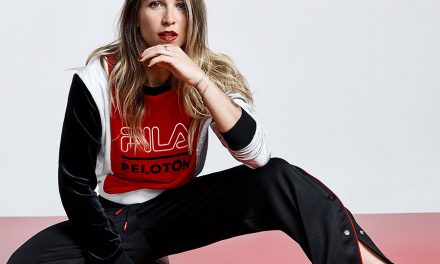 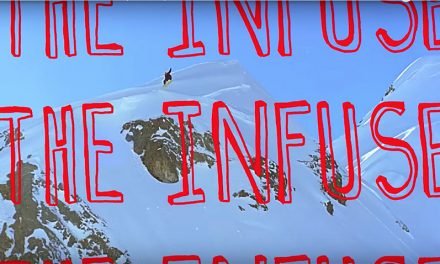