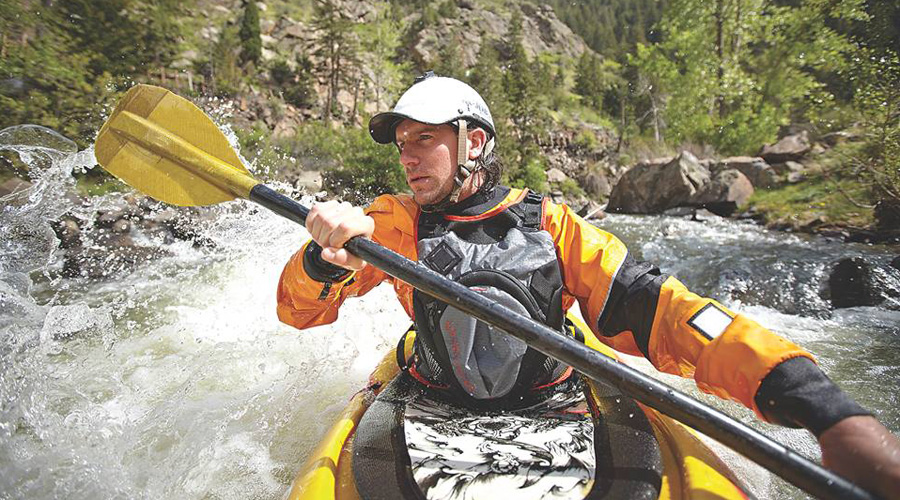 The General Accounting Office confirmed December 7 that it will review how the Foreign Trade Zone (FTZ) Board reviews applications involving textile imports in what marks a victory for The Coleman Company’s efforts to launch a new line of Made-in-USA life preservers.

“We accepted the request,” GAO’s Managing Director of Public Affairs told SGB in an email in reference to requests made by congressmen acting on the company’s behalf. “The work is expected to get underway in the next few months.”

A dozen members of Congress have urged the GAO to undertake the review since August, a year after Coleman asked the FTZ Board for permission to import textiles at lower duty rates to an FTZ sub-zone operated at its factory in Sauk Rapids, MN, which makes personal flotation devices, or PFD’s, sold under the Stearns and other brands. In an August 22 letter addressed to GAO Inspector General Dodaro, five Congressmen noted: “Certain manufacturers have expressed concern that it does not appear to them that the FTZ Board is conducting full evaluations based on the regulations in certain cases, specifically those involving textile inputs.” The number of congressmen pushing for the review grew to 12 in September when seven more wrote a follow-up letter to Dodaro.

While neither letter mentions Coleman, a source who helped draft the letters confirmed it was sent on behalf of the company. Of the 12 congressmen, three represent Minnesota and three Kansas, where Coleman manufactures coolers. Another four are from Colorado where Coleman is headquartered. The August 22 letter also cites a letter from the National Association of Foreign-Trade Zones (NAFTZ) that Coleman had forwarded to FTZ Board Executive Secretary Andrew McGilvray in November 2015 and included in its FTZ application for Sauk Rapids. The letter, which was sent to the secretaries of commerce and treasury, who sit on the FTZ Board, expressed concerns over inconsistencies in the approval process for applications involving textile imports.

As reported by SGB, Coleman sought approval from the FTZ Board in August 2015 to import fabrics at the 4.5-percent duty rate Stearns’ competitors pay on finished PFDs they import into the United States. Without approval, Coleman would have to pay the standing 14.9-percent duty rate on imported polyester and nylon fabrics – even though it wants to use them to create up to 40 new manufacturing jobs at the Sauk Rapids factory.

The GAO decision comes more than eight months after the FTZ Board held a hearing at Coleman’s request to hear objections to the company’s application from the South Carolina textile company Milliken & Co., the National Council of Textile Organizations (NCTO) and two other domestic textile organizations. The group persuaded the FTZ Board to delay the hearing last November just days before it was scheduled to occur, despite Coleman’s insistence that it was unable to find a viable U.S. supplier of the fabrics.

“In making a net economic benefit analysis it is critical for the FTZ Board to recognize that if PFDs are imported, 100 percent of the inputs are foreign sourced, resulting in a losing situation for our constituents and U.S. manufacturing in general,” Rep. Tom Emmer of Minnesota wrote in a letter of support submitted to the FTZ Board last year. “Thus, granting of production authority will not cost a single American job; it will only create them.”

Milliken has not returned repeated phone calls and emails seeking comment on the case and an NCTO spokesman reached last month was brief: “While we do not comment on pending matters, suffice it to say we would not have gone to the trouble of opposing this without good reason,” NCTO Director of Public Affairs Lloyd Wood told SGB on November 7.

The case has raised concerns about transparency, according to Erik Autor, president of the International Association of Foreign Trade Zones.

“In the case of a few specific industries (e.g., textiles and apparel), we have heard concerns that the FTZ Board’s reasons for denying a zone application were unclear and the views of certain interest groups often appear to lack factual-based analysis and have taken precedence over consideration of net economic benefits and public interest,” Autor wrote in a November 3 email to SGB.

On December 7, Newell Brands was advertising 14 open positions at Coleman’s Stearns plant in Sauk Rapids, although it was not known whether those were tied to expanded production or a routine increase in production.