Colemans parent company, Jarden Inc., has been quickly transforming the mass retail outdoor equipment company into a well-funded, higher margin consumer products company that happens to specialize in camping and outdoor gear. Under previous ownership, many of Colemans products were slipping towards commodity status, but now, with more R&D and marketing in the budget, the company is pushing out some innovation and boosting its margins at the same time.

In spite of the fact that Q4 is Colemans slowest quarter, the Jarden Outdoor Solutions segment saw sales increase 5.9% to $132.6 million compared to $125.1 million last year. The divisions seasonal operating loss was cut in half to a loss of $8.9 million compared to the fourth quarter of last year when the division reported a loss of $18.5 million. For the full year, the Outdoor Solutions segment reported sales of $901.0, a 9.7% increase over 2005, when sales were $820.7 million. Operating profits out-paced sales for the year, increasing 14.7% to $64.1 million compared to $55.9 million last year.

While Colemans return to health is apparent, Jarden management feels that it is just beginning. Jarden acquired the brand in 2005, and was unable to make any meaningful changes to the product development processes until this year. Now, with a new management team in place and settled in, Coleman should be showing even higher returns for 2007. In 2006, approximately 20% of Coleman sales were captured in categories beyond core camping. Coleman developed over 150 new products this year and in 2007, Coleman will launch new merchandising initiatives and make “significant investments” in R&D, new product development, and marketing.

According to Jarden CEO, Martin Franklin, Coleman has been very effective at moving away from the commodity business. “I think there are some fundamental places like our Outdoor Solutions business where Coleman has gone to retailers and said look, we're not going to be in business with certain SKUs at these price points and there is elasticity at the consumer level, and we need to get discipline in the marketplace. And they've been very effective in doing that,” he said.

Finally, Jarden has been building a war chest for some relatively large acquisitions, with over $650 million in notes successfully floated in the financial markets recently. Mr Franklin has been very public about the fact that Outdoor Solutions is the top division where he would like to acquire another brand  particularly in the specialty channel.

“Coleman, in our view, has been a company that [has] been stripped — asset stripped for years before we came into the business, and again, it's a bit like Jarden Consumer Solutions, it's ready to go from defense to offense. And that is — I think there's going to be a multiple layer of benefits that will come from making positive acquisitions in that business, and we're actively working in that area,” Franklin said. “On the Outdoor Solutions front, (we will be) pushing into the specialty channel. They just finished the Outdoor Retailer Show in Salt Lake City about three weeks ago, and the response from retailers, specialty retailers was we tested Coleman out in a small way last year, it's going to fly. We love it, and we want to have a bigger presence in it in 2007 and 2008. And that bodes very well for the development of that business, pushing into the specialty channel as well.” 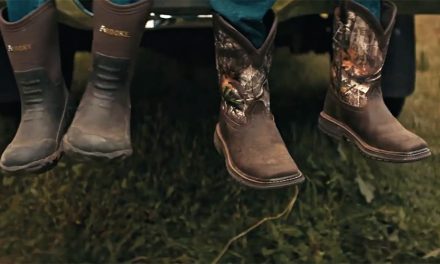