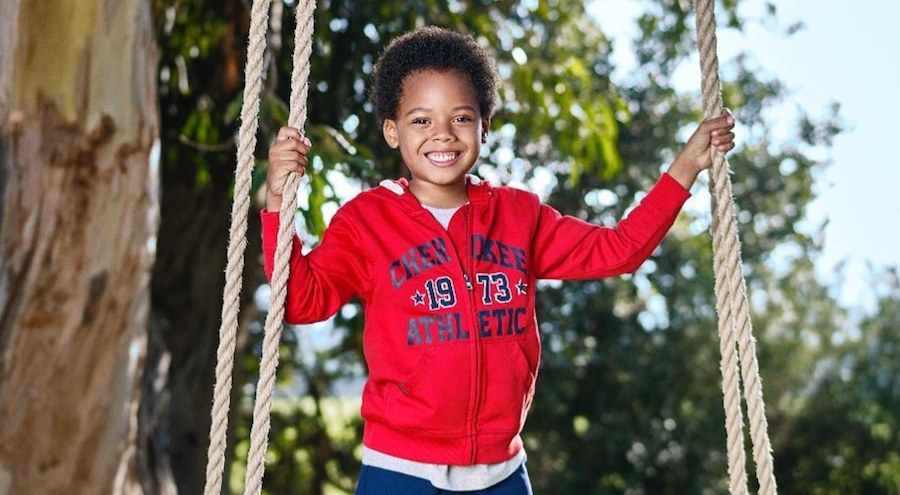 Cherokee Global Brands lowered its outlook for the year in part because the transition of its flagship Cherokee brand away from Target to its new wholesale licensees has been slower than initially anticipated.

The company also indicated that the bankruptcy of Sears Canada and broader FX headwinds impacted its revenues in Canada. Finally, Flip Flop Shops and the transition of its business model is driving slower franchise shop openings, as well as the closing of underperforming franchise locations.

The year-over-year decline is primarily attributable to the decrease in North America revenues related to the wholesale transition of the Cherokee brand in the U.S. During the quarter, some of the decrease was offset by global revenue increases, particularly in Asia, South America and South Africa, as global demand for Cherokee-branded products builds.

“Undoubtedly it is the time of transition in retail and our Cherokee Global Brands,” said Henry Stupp, CEO, on a conference call with analysts. “While we are making clear progress in our diversification plan, we are only half way through this journey. We are waiting toward the future with Cherokee Global Brands is more diversified than ever before across brands, geographies, categories and channel partners and we built portfolio that supports this vision.”

Among its primary brands, revenues for the flagship Cherokee brand were $3.2 million in the quarter, a decrease of 46 percent from the prior year period. The transition away from being an exclusive brand at Target was expected to be a multiyear process but the transition has been slowed by a “somewhat cautious stance in general” by retailers.

Cherokee apparel and accessories are now in over 2,200 retail locations and expected to reach over 5,000 by its fiscal year end. Said Stupp, “Despite a fairly cautious stance among retailers early in the year, product sell through performance has been strong and is growing and we are seeing the reorder activity among key accounts picking up as we head into the important fall and holiday seasons.”

The Cherokee brand also has a “fast growing e-commerce business” and recently started selling on Amazon.com. The brand is also “securing meaningful orders” for holiday shipment in women’s and accessories, seen as under-penetrated categories under its Target license.

The Cherokee brand is still growing internationally, led by double-digit growth in Asia, South America and South Africa. The brand is in advanced discussion around a new Pan European licensee for a broad full assortment of men’s, women’s and children’s apparels, footwear and accessories expected to launch next summer.

Tony Hawk continues to grow domestically. The brand is expected to add over a dozen retail partners over the course of the next several months, which will lead to an estimated 1,000 additional points of retail distribution. Said Stupp, “As with Cherokee, our newly expanded distribution for Tony Hawk most comprehensive assortment of men’s and boys’ apparels for women accessories evolve in the U.S for many years. And we are rapidly scaling the brand, e-commerce presence through Amazon.com and Wal-Mart.com.”

At Flip Flop Shops, several underperforming legacy locations have been closed while same-store sales among franchise locations have gained some momentum, up 2.5 percent on a comp basis year-to-date.

Flip Flops has launched its second floating retail concept in Guam and it has seen a “very encouraging” performance so far.

“Our floating retail store embodies our approach to scaling Flip Flop Shops,” said  Stupp. “They require little capital, scale quickly and generate attractive economics to our franchisee partners. We expect to open an additional 5 to 8 floating retail stores in the United States throughout fiscal 2018.”

In the U.S., Flip Flop is in final contract negotiations with several multi-unit scale operators and expects to make specific announcements soon. Internationally, a master franchise agreement in India is expected to be announced soon.

At Hi-Tec, royalty revenue extending from new and existing licensing deals for the Hi-Tec portfolio of brands including Hi-Tec, Magnum and Interceptor were $2.4 million in the quarter. The brand was acquired last December.

“Through Hi-Tec, we acquired a portfolio of high-equity brands that are well positioned to capture growing consumer demand for Outdoor Crossover footwear, apparel and accessories, particularly as the athleisure movement begins to wane,” said Stupp. “We will continue to lever our vision, agility and scale, along with the expertise of our high-quality licensee partners, to expand Hi-Tec’s relevance into new categories and diversify Hi-Tec’s reach through new partners and into new channels of distribution.”

Hi-Tec has competed its integration of sales, marketing and product development functions. Added Stupp, “Some of the financial integration challenges have been more time-intensive and more costly than we originally anticipated, but we remain very pleased with current performance and future opportunities.”

Critically, gross profit generated from the sale of Hi-Tec-related brand products continues to align with expectations, totaling $3.5 million for the quarter. Gross profit consisted of $2.4 million in revenues from our licensees and an additional $1.1 million in gross profit from indirect product sales.

In Europe, Hi-Tec recently launched a new collection of apparel and accessories for men and women across several key retailer partners, a full quarter ahead of schedule. In North America, men’s and women’s apparel and accessories will be launched under the Hi-Tec name next year with leading department stores and specialty and outdoor retailers. The Interceptor footwear brand continues to see “strong sales” at Wal-Mart.

Stupp said the company is continuously reviewing acquisition opportunities but remains “laser-focused” on organic growth. He added, “We look forward to scaling our current portfolio of brands through category and channel diversification, where we continue to maintain disciplines around operating efficiency and productivity as well as leveraging our free cash flow to accelerate the potential repayment of long-term debt.”

Cherokee also indicated that as of July 29, the company was not in compliance with certain financial covenants set forth in the Cerberus credit facility, namely the leverage ratio and the fixed charge coverage ratio. The company is currently in discussions with Cerberus to obtain a waiver of this financial covenants and have agreed with Cerberus to forbearance through September 15.

Jury Finds in Favor of Icon in Nautilus Case