Canoecopia is hosted by Rutabaga, The Paddlesport Shop, which has been presenting and hosting Canoecopia for more than 30 years. It has become something of a bellwether for the paddlesports industry, being the first major show of the season. “I was receiving text messages from other paddlesports retailers all weekend,” said Darren Bush, owner of Rutabaga. “They wanted to know not just how much was selling, but who was selling what.”

The good news is that attendance was well above 22,000, about a 3% increase over the average of the previous two years. “There were times the fire marshal was nervous,” said Bush. “We definitely pushed the capacity of the exhibition hall.” The speaker rooms were full too, with over 38,000 speaker seats filled. “The speakers are definitely an integral component of what makes Canoecopia an event, not just a sale.”

The highlight of the presentation was the Second Annual Aluminum Chef, a takeoff of the popular television series Iron Chef, where three chefs compete in a timed competition to cook meals using only the ingredients available to them. The Aluminum Chef allows the three cooks/chefs to use only camp cooking equipment, donated by Mountain Safety Research (MSR). “We had two experienced outdoor cooks who were accustomed to using this equipment, and one local executive chef who hadnt cooked with camp stoves or cook kits, but being a good sport, threw himself into the mix,” said Bush. “He was great, and it was standing room only in a room that seated over 450 people.” The gear provided by MSR was donated to Big City Mountaineers, a non-profit group dedicated to getting inner-city kids out into the wilderness.

Sales were also on par with expectations. “We didnt expect a large increase due to the economy, but we didnt expect a huge decline either. We were basically on par with last years sales numbers, with some variations in the product mix,” said Bush. Lower-end canoes and kayaks didnt move much according to Bush, and that customers seemed willing to spend a little more to get more value. “No one mentioned price, but a lot of people did mention they had been thinking about this purchase for a few years and felt that this was the time.”

Accessory sales were also strong at Canoecopia. “Perhaps some of our customers were making their dollars stretch a little by purchasing better accessories to use with their existing canoes or kayaks,” said Bush. “Kokatat sold way more dry suits than last year, and Werner Paddles were selling out of carbon paddles by Saturday afternoon.” This trend stretched across the board as boat sales dipped slightly and accessory sales made up for the deficit and then some.

All in all, its good news for paddlesports, especially specialty dealers who pay attention to their product mix and steer clear of the basement prices found in chain stores. Bush said that low-end boats sold here and there, mostly in pairs or trios to families, but overall the price point of the hot boats migrated up. “I think customers realize that the difference between a $399-dollar kayak and an $899-dollar kayak is a significant upgrade in quality, comfort, and weight.”

Does this early success mean a season of smooth-sailing and business-as-usual for specialty paddlesports? Hardly, says Bush.

“We might be recession-resistant, but were certainly not recession-proof, and neither are our manufacturers. The recent Old Town debacle in the northeast shows that there is excess product and capacity out there. Big box stores are over-inventoried and they will continue to dump product at low margins to generate cash flow as their sales decline. There will be no shortage of canoes or kayaks out there, and if we dont find a way to distinguish ourselves from the Pez dispensers, well be forced to deal with big boxes on their terms via a price war, where everyone loses.

“On the other hand, if we add value as we should and stick to our values as specialty dealers, we should have no problem weathering this recession, and we should come out on the backside even stronger.” 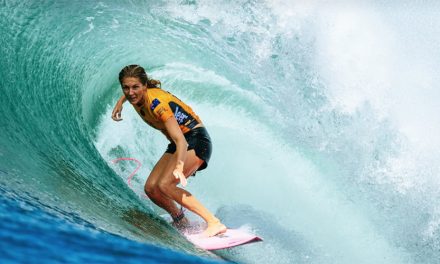 WSL Cancels Or Postpones All Events Through May