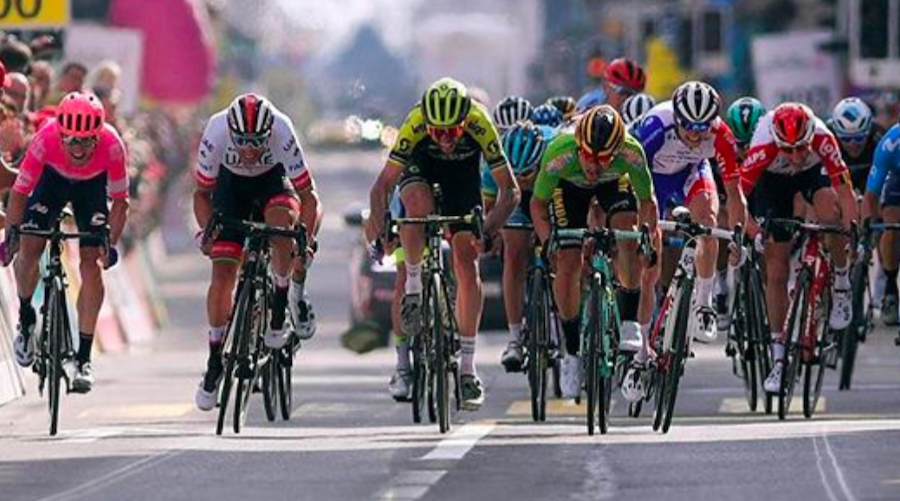 Revenue in the Dorel Sports segment in the first quarter ended March 31 slumped 10.7 percent to $184.5 million. The year-ago period included the Sugoi and Sombrio brands that were sold in June 2018 to Louis Garneau Sports.

On a currency-neutral basis and adjusting for the divestiture of Sugoi and Sombrio, organic revenue sunk 5.2 percent. The decline reflected continued weakness at Pacific Cycle, which sells bikes through the mass channel, although the business rebounded in April.

Dorel Sports showed an operating profit of $4.5 million in the first quarter, rebounding from a loss of $774,000 a year ago.

Gross margins in the segment eroded to 21.3 percent from 22.1 percent a year ago due to the weakness at Pacific Cycle.

Excluding the impact of foreign exchange and the sale of Sugoi and Sombrio, CSG posted higher sales in all major markets. The gains were driven by new products and increased sales of e-bikes in Europe and growth in the U.S. independent bike dealers (IBD) channel despite the industry’s negative trend.

“We’re excited about prospects with the Cannondale line demonstrating excellent momentum,” said Martin Schwartz, president and CEO of Dorel Industries, on a conference call with analysts.

In Brazil, Caloi revenue grew “significant double digits” in local currencies due to a better mix, sales to the country’s bike-sharing program and price increases implemented last year. Said Schwartz, “The bulk of the operating profit in the quarter was derived from CSG, which posted its fourth consecutive quarter of improvement, excluding impairment losses on intangible assets and property, plant and equipment, and restructuring and other costs, with the Cannondale line demonstrating excellent momentum.”

Offsetting CSG improvement was Pacific Cycle, which accounted for most of the revenue decline and reduced the increase in operating profit for the segment as a whole. The mass business was impacted by high inventories remaining in the retail marketplace from the fourth quarter and poor weather in certain regions. In April, sales rebounded at Pacific Cycle with the help of a “particularly good Easter,” said Schwartz. He added, “This will be reflected in the second quarter results as two-thirds of Q1 mass channel revenue loss was recouped. It was generally a reliable parameter of the season and last month was strong for all bicycle divisions.”

Jeffrey Schwartz, CFO, noted that during April, “both Caloi and particularly CSG continue to see strong sales months. So we’re pretty optimistic about the way our bike business is looking right now.”

Companywide, revenue slipped 2.6 percent to $625.6 million. In its other segments, Dorel Juvenile’s sales declined 5.4 percent to $230.3 million largely due to foreign-currency headwinds while Dorel Home expanded 9.6 percent to $210.8 million.

The prior year also included an impairment loss on trade accounts receivable of $12.5 million, or 29 cents, related to the liquidation of Toys “R” Us. Without this impact, adjusted net income in the latest quarter was down 61.1 percent from $14.9 million, or 46 cents, a year ago.

Schwartz said that beyond the improving trends at Dorel Sports, Dorel Juvenile’s revenues rebounded strongly from its poor performance over the past three quarters and the restructuring program announced in March to simplify and streamline the organization continues. Said the CEO, “We are confident the measures this year and next will bring the desired results.”

In the Q&A session, Schwartz expressed optimism about the cycling segment in the years ahead. He said he’s “very optimistic about Cannondale, because we’ve had some real good success now on the bottom line and the top line with the model 2019 bikes.”

He said the company received some positive feedback in the market that gives him confidence that Cannondale will receive “another boost” from the 2020 line. He added, “It’s taken a long time to get to this point where actually things are really clicking, whether it’d be our product or marketing our operations are so much better. So you put all that together and I think we’re going to see in the next year so break out from there.”

Schwartz said he’s “a little more cautious on the mass side, because it’s still mass bikes, it’s still weather-related. There’s less distribution points.” He noted that Pacific Cycle is shifting more and more towards online on its lower-priced models, “but there’s a lot of sort of more minefields to manage in that business as it’s a tougher business.”