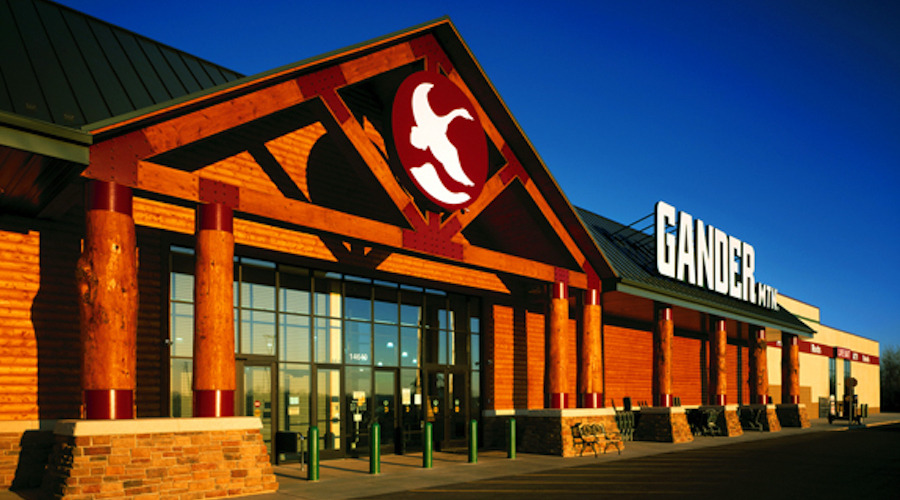 On its second-quarter conference call, Camping World now says it may reopen as few as 40 former Gander Mountain locations, far short of earlier expectations, due to challenges renegotiating leases. Camping World also confirmed that the re-opened Gander stores will be much smaller than its traditional locations and feature significantly less footwear and apparel.

On June 30, Camping World, the nation’s largest RV-retailer, revealed the locations of the 57 Gander Outdoors and Overton’s brand locations it planned to keep as part of its acquisition of Gander Mountain, which filed for bankruptcy in March. The company acquired the rights to the leases in the bankruptcy.

Initially, Camping World estimated it would keep between 60 and 80. The 57-year old business had 126 locations when it filed for bankruptcy.

On Camping World’s second-quarter call with analysts, Marcus Lemonis, CEO, said the current plan is to open the initial 15 to 20 Gander stores by the end of 2017, another 15 to 20 stores in the first few months of 2018, and an additional 10 to 30 during the balance of 2018, “with measured growth anticipated thereafter.”

Asked about the prospect of re-opening only 40 stores, Lemonis said, “It really comes down to the rent factor’s got to work for us. And in today’s environment, we believe that we have the leverage with our landlords to enter into both short- and long-term leases that have very favorable terms in light of current retail box market conditions. And we internally have decided that we will not be taking any chances that put the net EBITDA margin that we currently operate into question.”

He also said that once the Gander stores re-open and get re-established, Camping World can open up new stores. The concept is being rebranded to Gander Outdoor.

But the number to initially open will depend on successful lease re-negotiations. Lemonis added, “It’s very hard. We had a couple stores fall out today because they didn’t like the terms. Again, our goal is to open up the number of stores in the right markets that we believe are going to be accretive to our EBITDA. And whether that number ends up being 40 or 52, we just are not going to sign up with things that we don’t think makes sense to us.”

Nonetheless, Lemonis spent most of the time discussing the growth potential around its acquisition of Gander Mountain and Overton’s as well as its new acquisition announced July 28 of The-House.com, also known as The House Boardshop in St. Paul, MN.

Lemonis has said that the acquisitions particularly enable the company to sell its Good Sam services business, which includes selling club memberships, credit card services, warranty insurance, repair and other aftermarket services, to a wider array of outdoor enthusiasts.

He also noted that the acquisition of Overtons.com and thehouse.com reflect the desire to continue to expand its database acquisition strategy through acquisitions of niche online properties as well as overall develop a stronger presence in e-commerce.

Said the CEO, “It’s my expectation that we will continue to look to make acquisitions that we believe enhance our dominance or our intended dominance in the outdoor lifestyle. But to be very clear, we are still looking for things that have significant earnings behind them, that have significant principles in terms of EBITDA margin contribution consistent with our existing business. This is not a goal to just add revenue to add revenue.”

He also did stress that Camping World will “continue to make RV acquisitions at a rapid pace” as well.

Asked about an update on the assortment and format of the new Gander stores, Lemonis said, “Our ultimate goal is to have an outdoor lifestyle center, in a perfect world, that has RVs and RV accessories and RV service. It would have an Overton’s department that is made up of everything on the water. It would have an active sports department similar to what The House offers. And it would have the historical hunting and ammunition department that Gander did. And the best way to think about it visually, when you walk into the stores, it’s going to feel like a co-op of multiple brands that have excelled in their specific categories and are assorted by and merchandised by the folks that have the most amount of experience in those specific categories.”

From an assortment standpoint, Lemonis said the store swill carry a lower level of apparel and footwear than historically because he believes those categories are “not as experiential. It’s more of a commodity-based business.”

Gander instead will focus on products that “require human interaction,” with customers coming to stores for expert advice “and/or some level of installation or something you need just in time.”

He adds, “That is our defense mechanism against margin compression competing with Amazon-type retailers.”

Regarding the format size, he reiterated that the new Gander stores will be “much smaller in size.” The largest ones will have all four concepts: Camping World, Overton’s, an active-lifestyle The-House section and Gander.

But the largest will be around 52,000 square feet with the average coming in around the high 30s to low 40s. Some of Gander Mountain’s locations ranged from 100,000 to 125,000 square feet. Said Lemonis, “So we have cut that box way down, cut the rents way down and get as much as we could out of the commodity business”

Based on its strong performance for the first six months of the year, Camping World raised its 2017 its adjusted EBITDA outlook to a range of $365 million to $370 million before anticipated one-time acquisition and pre-opening expenses for Gander. The revised revenue target is $4.05 billion for 2017 for the base Camping World RV business, which excludes the impact of the Gander acquisition. Previously, Camping World expected adjusted EBITDA of $325 million and had a revenue target of $3.9 billion.