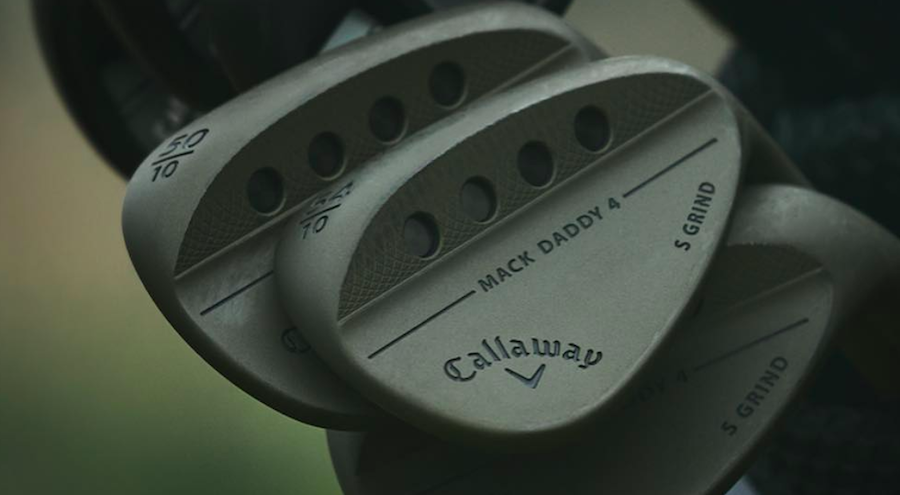 With revenues in the U.S. running ahead 14.7 percent with the help of a good reception to the Rogue driver, Callaway Golf reported third-quarter earnings and sales exceeded guidance for the seventh straight quarter.

On a conference call with analysts, Chip Brewer, president and CEO, said the quarter marked a “very positive but quiet quarter” with the period the smallest in volume of the company’s four quarters. The results put Callaway on track for a record year in revenue, operating profit and EBITDA.

Said Brewer, “For the last several years, we’ve grown our business faster than the market overall, and as we have realized increased scale, we have been able to deliver significant improvements in operating leverage. Also, and perhaps more importantly, we continue to find attractive opportunities to reinvest in our core business that we firmly believe will strengthen and benefit our business over the long-term.”

Revenues in the quarter rose 7.8 percent to $263 million. The company had guided sales to arrive in the range of $243 million and $253 million.

Gross margin improved to 43.9 percent from 43.1 percent in the prior year, primarily driven by increased average selling prices and favorable product mix related to the TravisMathew business. Those factors offset higher product cost due to more technologically-advanced products.

Operating expense increased $6 million due to expenses related to the addition of TravisMathew but were lowered as a percent of sales to 39.8 percent compared to 40.6 percent for the same period last year.

In the U.S., revenues were up 14.7 percent for the quarter and are ahead 29.4 percent year-to-date. Said Brewer, “These results were driven by continued strong market conditions, double-digit growth in our core equipment businesses as well as the addition of the TravisMathew brand which is performing at an exceptionally high level.”

In the equipment business, Callaway’s year-to-date hard goods market share in the U.S, according to Golf Datatech, is 24.9 percent, down 110 basis points versus last year. According to Datatech, Callaway remains number one in total clubs, woods, irons and putters. In golf balls, Callaway remains the number two brand with 16.5 percent dollar share, up 250 basis points year-over-year.

Said Brewer, “We are showing strength across our entire line with very strong revenue growth in irons and golf balls, and we continue to have a strong performance in the woods category with Rogue as the number-one selling model year-to-date. Additionally, market conditions in the U.S. continue to be favorable with 1 percent growth for the quarter, and 7.3 percent growth in the market year-to-date.

In Asia, constant currency revenue growth was 3 percent in Japan and 2 percent in Rest of Asia. Year-to-date revenues in Japan are up 21.5 percent and Rest of Asia is up 20.6 percent on a constant-currency basis. A slower revenue growth during Q3 was expected based on launch timing. Said Brewer, “Market conditions slowed during the quarter, but at this point I would not read too much into this.”

In Japan, Callaway’s year-to-date hard goods dollar market share is 18 percent, down 230 basis points, making the brand a strong number two in the market. As in the U.S., strength is being seen across the entire product line but with a particularly strong performance in irons. Field inventories remain the line with plan. Added Brewer, “The Japan team has been investing in capabilities to launch OGIO and TravisMathew in this market with good progress and modest revenue expected in 2019.”

In Europe, constant-currency revenues were up 3.1 percent for the quarter and 2.4 percent year-to-date. Said Brewer, “Market conditions have been choppy in this region, with year-to-date through September market growth of 3.1 percent in U.K. slowing during the latest quarter and minus 2.1 percent year-to-date through August for greater Europe. A lot of this is weather-related with the northern countries in this region experiencing a wet and cold spring followed by an uncomfortably warm summer.”

Callaway through August remained the number-one hard goods brand in Europe with a hard goods share of 23.6 percent, down versus last year but in line with expectations and trending positively.

During the quarter, one of Callaway’s largest U.K. customers, American Golf, entered administration resulting in a bad debt charge for the quarter, and Callaway has stopped shipments to them. American Golf has been a significant customer of Callaway’s in the U.K., and the situation negatively impacted third-quarter results and could impact the balance of the year in the region but won’t have a “material” impact on consolidated results.

The business has been sold to a new party, and Callaway is in discussions with the new owners. Added Brewer, “Any business failures such as this is always disappointing, but on the positive side, American Golf was over-leveraged, and thus this resolution will most likely be healthy for the U.K. market overall in the long run. The European team has also been investing in resources to launch OGIO and TravisMathew in their markets with nice progress being made.”

Looking ahead, Callaway now expects 2018 sales to be in the range of $1.23 billion to $1.24 billion, an increase of 17 percent to 18 percent over 2017 and $15 million to $20 million higher than previous guidance. The incremental sales growth versus previous estimates is expected to be driven by increases in the core business which is currently projected to grow 12 percent to 13 percent for the full year. The increases in core business are being driven by the Rogue line of irons, Odyssey Putters, the new Chrome Soft golf ball and the anticipated continued favorable retail market conditions.

Gross margins are expected to be 46.8 percent, consistent with prior guidance. GAAP operating expenses are projected to be $447 million, an increase of $2 million compared to previous guidance due to an increase in variable costs attributable to the higher sales levels.