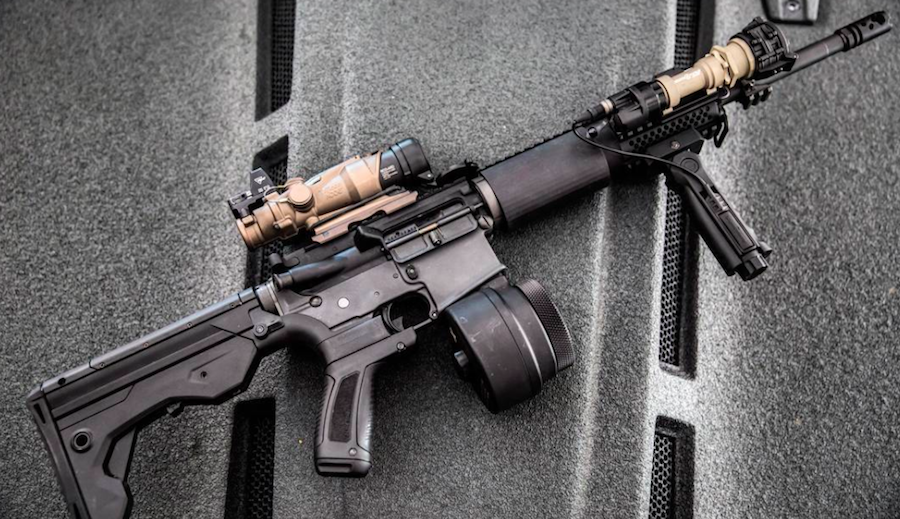 The clamor over “bump stocks” – the devices used by the Las Vegas shooter to make his rifles fire nearly as fast as machine guns – continues with increasing calls for outright bans and lawsuits arriving.

Police found at least a dozen rifles equipped with bump-fire stocks in the hotel room from which a gunman killed 59 people in Las Vegas on Sunday night.

On October 10, 20 bipartisan House members backed a bill to ban bump stocks and similar devices. In the Senate, Democrat Dianne Feinstein of California earlier introduced a bill that would make it illegal for companies to make and individuals to buy bump stocks.

On October 11, the National Rifle Association (NRA) said it opposed legislation in both the House and the Senate that would ban the use of bump stocks and called for the Bureau of Alcohol, Tobacco, Firearms and Explosives (ATF) to act administratively to outlaw the devices.

“The ATF should review bump-fire stocks to ensure they comply with federal law,” Jennifer Baker, spokeswoman for the Institute for Legislative Action at the NRA, referencing the ATF, told the Hill. “We oppose the gun-control legislation being offered by Senator Feinstein and Representatives Curbelo and Moulton. These bills are intentionally overreaching and would ban commonly owned firearm accessories.”

The ATF ruled the devices were legal in 2010. Bump stock makers have said the devices are intended to make shooting easier for disabled people,

The ATF regulatory fix would avoid all-out legislative fight over gun control on the floor of the House or Senate.

So far, Republican leadership in the House have echoed the calls. House Speaker Paul Ryan said Wednesday that he thought a regulatory change would be the “smartest, quickest fix.”

Following the Las Vegas attack, the NRA acknowledged that “devices designed to allow semi-automatic rifles to function like fully-automatic rifles should be subject to additional regulations.” But it added that further gun-control laws would “do nothing to prevent future attacks.”

The House bill, introduced Tuesday, would not only ban bump stocks, but any gun accessories that increases the firing rate of semi-automatic weapons.

“It shall be unlawful for any person — in or affecting interstate or foreign commerce, to manufacture, possess, or transfer any part or combination of parts that is designed and functions to increase the rate of fire of a semiautomatic rifle but does not convert the semiautomatic rifle into a machine gun,” according to the bill.

Feinstein, who has proposed similar bills in the past, noted that the ATF “lacks authority under the law to ban bump fire stocks.”

“The agency made this crystal clear in a 2013 letter to Congress, writing that ‘stocks of this type are not subject to the provisions of federal firearms statutes,’” Feinstein said in a statement. “Legislation is the only answer and Congress shouldn’t attempt to pass the buck.”

Meanwhile, the Brady Center to Prevent Gun Violence and Vegas law firm Eglet Prince on October 10 filed the lawsuit against Slide Fire Solutions LP, the leading maker of bump stocks, calling the company “negligent” for inventing and marketing a device “that enabled the killer to turn the country music festival into a war zone.”

The lawsuit claims Slide Fire misled federal authorities by marketing its bump stocks as devices intended to aid people with limited hand mobility to be able to sell them under federal law.

The Brady Center is suing on behalf of people who attended the festival and suffered “emotional distress as a result of the incident” and is demanding Slide Fire pay for victims’ medical and psychological monitoring, as well as cash for damages.

“Lawsuits on behalf of those wounded or killed by gunfire will follow,” a press release from the group predicted. The lawsuit specifically names Slide Fire as the inventor and patent owner of the bump stocks used in the shooting, but may include other manufacturers and sellers used in the massacre.

A survivor of the Las Vegas mass shooting also filed a lawsuit against Slide Fire as well as MGM Resorts International, the owner of Mandalay Bay hotel, and the festival organizer, Live Nation Entertainment.

Lawsuits against gun manufacturers after mass shootings have mostly stumbled because the Protection of Lawful Commerce in Arms Act (PLCAA), passed in 2005, shields gun makers  from almost all legal liability for the crimes committed with its products.

The law was cited last year when a Connecticut judge dismissed a lawsuit against Remington Arms by family members of those slain at Sandy Hook Elementary in December 2012. Some are questioning whether the law extends to makers of gun accessories like bump stocks.

Bump stocks have been selling out at retailers around the country since the Mandalay Bay massacre over fears over gun control legislation.

On October 11, Cabela’s announced it was initiating a process of discontinuing sales of bump stocks. Cabela’s, also referencing its new sister company, Bass Pro, said in a statement, “We agree with the National Rifle Association and others that the sale of such devices should be subject to additional regulation.” 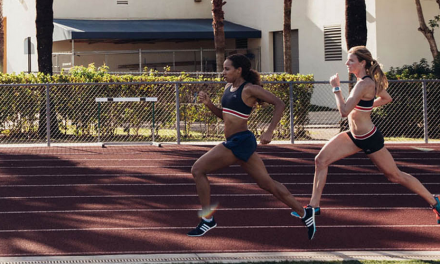