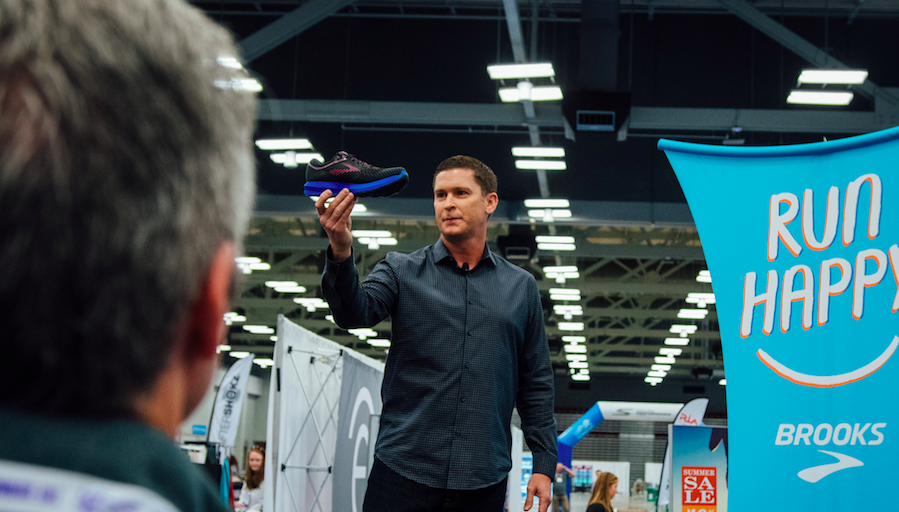 At The Running Event in Austin, Brooks Running Company unveiled a new partnership with HP Inc. and Superfeet that will create the first performance running shoe based to an individual’s unique biomechanics.

The shoe leverages FitStation powered by HP, the technology behind Superfeet’s successful launch last year of 3D printed insoles. Indeed, Superfeet at the trade show indicated it was doubling down on its success in customization by introducing the ME3D Recover, the first commercially-available individualized recovery slide that will reach stores this spring.

But the big news was Brooks’ launch of personalized shoes with select attendees at the show receiving their own customized Levitate RS.

At the event, Dan Sheridan, EVP, general manager global sales at Brooks, said that as the only major shoe brand dedicated solely to run, Brooks is “rooted in the biomechanics of motion.” But that focus sharpened amid the barefoot craze around 2009 and 2010 when interviews with runners showed they “wanted choice, wanted experiences and wanted to be part of the conversation.”

The led Brooks to extend its range by building shoes around “float” and “feel” experiences and launching the lightweight PureProject collection. It also led the development of Run Signature, the brand’s in-depth gait analysis that tracks the runners’ knees and ankles to gain a better gauge of each runner’s unique running style.

Sheridan said the underlying philosophy of Run Signature is that the best way to enhance comfort and improve performance is not to fix a runner’s “flaws” but creating running footwear that works with the runner’s natural motion path of his or her body.

The partnership HP and Superfeet takes Run Signature to the next level in the brand’s goal of bringing “personalized experiences,” he said. 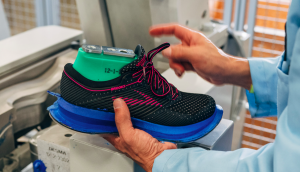 FitStation powered by HP captures 3D scans of the foot, foot pressure measurements and gait analysis to create a one-of-a-kind digital profile of each foot. Key motion zones are identified to show the unique motion path of the runner’s body and information about the desired running experience.

Eric Hayes, chief marketing officer at Superfeet, told media attendees at the show that “anybody can get a foot scan” to learn about an individual’s foot shape. It’s the insights into load that provide the kinetic and biometric data that allows for true customization. Said Hayes,” It’s about how you move and how do we help you move better.”

The FitStation analysis translates into specific requirements for each shoe, and is then produced by Superfeet on a state-of-the-art DESMA polyurethane injection-molding machine. The system uses the 3D foot scans to determine the proper lasts which the shoes are built around, ensuring each shoe is tailored to the specific shape of the runner’s foot. Then, using a combination of variable PU injection with direct attach capabilities; the foot pressure measurements, movement analysis of the runner’s joints, and their personal experience preferences, are combined to create personalized midsole requirements with multiple tuned zones—all ensuring the runner stays in their preferred motion path.

At the show, a shoe was made in about 10 minutes with the measurements taking about 5 minutes and the manufacturing process taking another 5. Pete Humphrey, Brooks VP of Footwear R&D, said that given the cooling time required, shoes would be ideally picked up the next day. 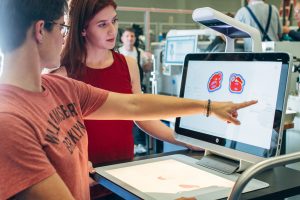 personalized footwear in June’s launch will be manufactured in the U.S. at Superfeet’s world headquarters in Ferndale, WA.

The footwear will be available via special order through select retail partners beginning June 2018. In the same way as insole fitting machines, retailers will rent the 3-D scanning and foot pressure measurements machines. Through Superfeet’s manufacturing facilities, the turnaround time is initially expected to last a few weeks.

For retailers, Hayes said the “Made In the U.S.A” should appeal to many consumers particularly since it’s been difficult to achieve a U.S.-made shoe in the running footwear category. Stores also stand to benefit from increased turn rates and heightened consumer engagement. Runners will be able to take home a one-of-a-kind Kinetic Profile of their feet following the fitting process and use it for future reference.

Hayes briefly talked about the potential of the personalized ME3D Recover that will be tuned to deliver the ideal combination of cushion and support. The launch follows the strong success of its 3D printed insoles, which he described as “hands down the best product Superfeet ever put out.”

Hayes as well as Ed Ponomarev, general manager of FitStation and business development HP Inc., also inferred that this is only the beginning of potential applications for the FitStation powered by HP. Brooks has a one-year exclusivity on the technology but Superfeet will be looking for more partners in many areas. Stated Hayes, “It’s an open platform that we’re inviting brands on build on.” 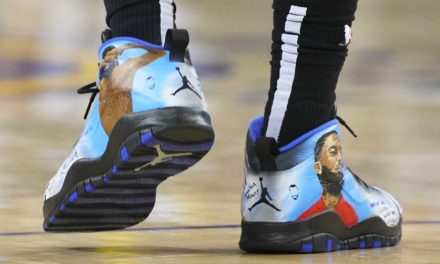