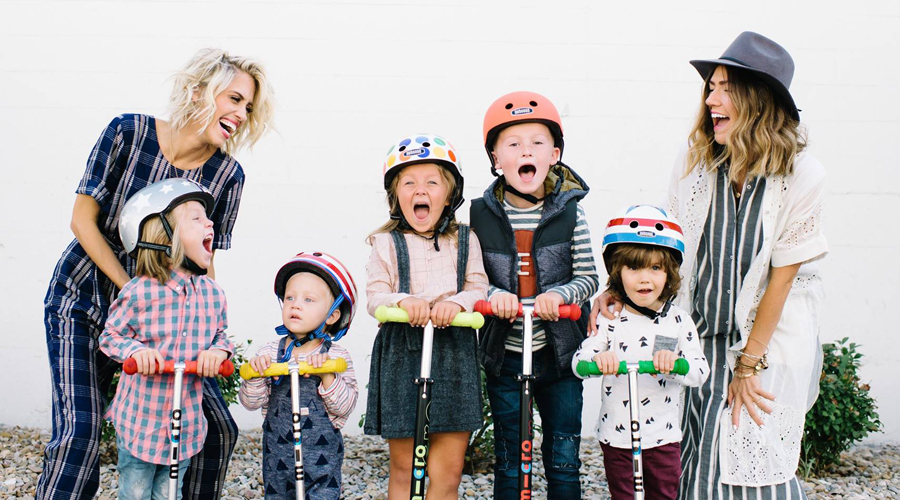 The deal follows Nutcase’s decision to divest its snow sports business and redouble its focus on urban cycling, which is burgeoning in its hometown of Portland, OR and other U.S. cities thanks to public investment in bike lanes, greenways and other bike-friendly infrastructure.

“Protection is one of our key areas of growth,” said Leonardo Pais, CEO of Bravo Sports, which is based in Santa Fe Springs, CA. “We have been focused on expanding Bravo Sports’ specialty division, and are proud to be able to offer Nutcase as a bicycle helmet for riders of all ages worldwide.”

Nutcase was founded in 2006 by former Nike Creative Director Michael Morrow with the goal of providing riders a stylish way to protect their brains and express their individuality. The company is well known for its iconic watermelon helmet, which was a big hit with kids and adults alike.

“Now is the perfect time for the next growth phase of the Nutcase brand,” said Michael Morrow, Nutcase founder and president. “This merger will allow our product design, brand marketing and sales organizations around the world to continue to innovate in the bicycle helmet market, with an emphasis on integrating creativity and technology to meet the safety needs and lifestyle aspirations of riders worldwide.”

The deal follows a major realignment at Nutcase over the last year that included divesting snow sports and naming Scott Montgomery as CEO in January. Since then, Nutcase has brought on six independent reps to bolster its sales network across the country.

This year, the company mailed its 2017 catalog to dealers July 1 — a month earlier than usual — and sweetened its preseason terms in a bid to build orders for four new helmets that will start shipping in January. The record product launch includes the company’s first helmet equipped with a multi-directional impact protection system (MIPS) and an entirely new line of helmets aimed at e-bike and greenway riders that lift Nutcase’s top retail price point from $80 to $100 and $110, respectively. The company will also begin shipping the $50 Zone helmet to fill in a gap between its children’s and adult lines.

“It’s a tweener helmet for lower price point for kids who are too cool for the fun graphics,” explained Montgomery in an interview at Nutcase’s Interbike booth last month.

Montgomery said Nutcase provides independent bike dealers with the tools they need at a time of declining road bikes sales and rising wage and healthcare costs.

“As a dealer, you have to have a strategy for segmentation,” said Montgomery, who played a key role in helping reestablish the Scotts Sport bike brand in the United States before taking the CEO post at Club Ride, a manufacturer of apparel geared toward urban cyclists. “Urban transportation is a growing segment.”

Bravo Sports is backed by Transom Capital Group, a Los Angeles-based private equity firm that gets deeply involved in operations at the middle-market companies it buys. It invested in Bravo Sports in June 2015, helmet maker Pro-Tec in December 2015 and Sector 9 Skateboard Co. in June, and has held a stake in motocross and mountain bike brand One Industries since July 2013.

“Bravo Sports is the undisputed leader of the skate market,” said Russ Roenick, co-­founder and managing director of Transom Capital. “The brand recognition and excellent distribution of Nutcase will be a great asset in expanding our sports lifestyle division.”

In addition to its recently expanded U.S. distribution, which includes REI, Nutcase products are distributed throughout the Middle East by Direct Trading LLC. Nutcase will continue to be based in Portland.