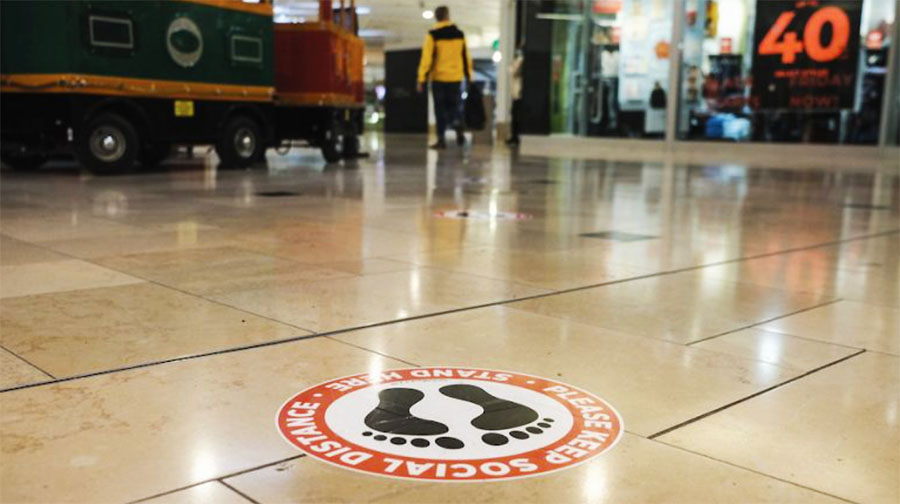 Online sales again saw record growth on Black Friday while in-store traffic tumbled by half in an expected subdued start to the traditional holiday selling season.

The steep decline in foot traffic arrived as the second wave of COVID-19 cases hit the U.S. and kept many consumers nervous shoppers at home. Stores in Los Angeles County were forced to limit in-store shopping occupancy to 25 percent.

In-store traffic is also watered down when retailers released holiday deals as early as the first week of October. With holiday sale promotions arriving earlier over the years, many organizations in recent years have been calculating holiday results based on November and December sales rather than those following the once-traditional Black Friday weekend.

Dick’s Sporting Goods extended its Black Friday deals across a 10-day period between November 18 to November 28 in stores and online, joining Amazon, Wal-Mart, Old Navy, and a number of other retailers, spreading out their holiday deals. Dick’s also introduced mobile checkout and return stations, a Dick’s Shop/Click/Pay app at select locations and a line management plan for its stores across the country.

“We recognize the holiday shopping season is starting much earlier and will be a different experience this year for our customers,” said Lauren Hobart, Dick’s president in a statement. “For the first time, we are extending our deals and making it easier than ever for our customers to get the best gifts for everyone on their list with flexible pickup and fast shipping to help them alleviate unwanted stress and large crowds. We’ve doubled down on technology solutions to ensure customers get what they need quickly, safely and hassle-free.”

Most retailers had also closed their stores on Thanksgiving to give employees time off and offered fewer in-store doorbusters when they re-opened their doors around dawn on Friday. Finally, more of the doorbuster-type deals typically reserved for stores to drive crowds arrived online this year.

“Due to COVID-19 and social distancing requirements, shoppers were more purposeful in their in-person Black Friday shopping, causing significantly fewer crowds than we’ve seen in the past,” said Brian Field, senior director of global retail consulting, Sensormatic Solutions. “This was compounded by retailers not offering as many in-store doorbusters and the increasing adoption of e-commerce.”

On Thanksgiving Day, visits to physical stores dropped 94.9 percent compared 2019. Dick’s Sporting Goods, Kohl’s, Wal-Mart, and Target were among the major retailers choosing to take close their stores on Thanksgiving.

On the positive side, RetailNext found intent to buy continued to outpace store traffic trends, decreasing 29.6 percent. The finding was seen as a sign that shoppers likely converted at a higher rate, a trend seen during the pandemic.

“Throughout the start of the pandemic, we have seen strong intent to buy trends as consumers venture out mainly for higher priority shopping trips. We see this continuing through the holiday season with digital and hybrid shopping alternatives like curbside pickup and buy online/pickup in-store accelerating,” said Bridget Johns, RetailNext CMO and head of growth strategies.

Online spending on Black Friday jumped 21.7 percent from a year ago, according to Adobe Analytics, which measures 80 of the Top 100 U.S. eCommerce sites. The growth was on the low end of Adobe’s forecasted range, although it still marked the second-best online sales day after 2019’s Cyber Monday.

“What we’re seeing this year is $1 out of every $4 this season is being spent online. And that’s a marked increase from last year when it was about $1 out of every $5,” Adobe’s senior digital insights manager Vivek Pandya told CNN Business. “That’s additional billions of dollars that are being migrated online, and that’s being done in a very short period of time because of the pandemic.”

Adobe said one reason that sales fell short of its original estimates is that the holiday sales cycle now starts even earlier for many retailers. “Retailers of all sizes appear to have successfully moved shoppers to buy earlier in the season with early discounts and effective promotions,” Adobe noted in a statement.

Smaller retailers also appeared to have fared well as surveys have shown consumers are eager to support local businesses during the pandemic. Online sales for smaller retailers were already up 545 percent on Black Friday compared to a regular day in October, according to Adobe. Adobe also found that 44 percent of those surveyed on the morning of Small Business Saturday said they chose to support small and local retailers during this difficult year.

Another encouraging sign for smaller businesses was the findings from Shopify. It announced record-setting Black Friday sales of $2.4 billion from the independent and DTC brands on the platform worldwide, up 75 percent year-over-year. Said Harley Finkelstein, president, Shopify, in a statement, “With more consumers than ever shopping online this year, we anticipate this weekend being one of the biggest eCommerce events in history as consumers vote with their wallets and support the independent and direct-to-consumer businesses they love.”

The growing trend during the pandemic toward the use of pickup services — curbside and in-store — continued, with a 52 percent year-over-year increase on Black Friday, Adobe said.

Amazon, Walmart and Target are expected to continue to benefit from a one-stop shopping convenience although it’s uncertain whether the early deals, accelerated online growth and an expected record Cyber Monday, will be enough to offset revenues lost from the decrease in in-person shopping for many of the big-box chains.

The National Retail Federation (NRF) on November 23 predicted retail sales over November and December would increase in the wide range of 3.6 percent to 5.2 percent. The online increase was projected between 20 percent and 30 percent to account for around 28 percent of sales.

In a statement, NRF Chief Economist Jack Kleinhenz said households have strong balance sheets supported by a strong stock market, rising home values and record savings boosted by government stimulus payments issued earlier this year. Jobs and wages are growing, energy costs are low and reduced spending on personal services, travel and entertainment because of the virus has freed up money for retail spending.

“Consumers have experienced a difficult year but will likely spend more than anyone would have expected just a few months ago,” said Kleinhenz. “After all they’ve been through, we think there’s going to be a psychological factor that they owe it to themselves and their families to have a better-than-normal holiday.” 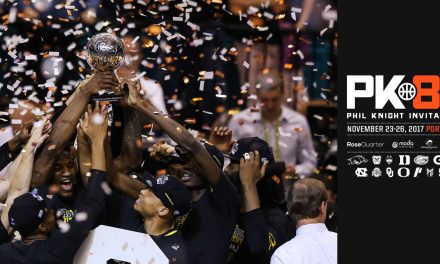