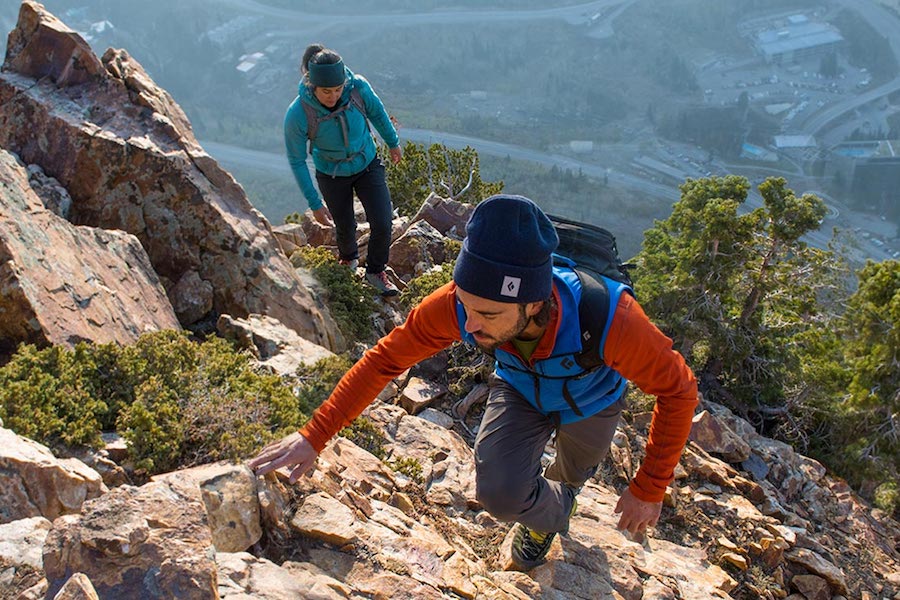 Editor’s note: Tomorrow’s SGB Executive will include a Q&A with Clarus Corp. President John Walbrecht, who spoke with us on a wide range of topics, including the company’s unique way of looking at its portfolio of brands.

Product innovation across its entire portfolio—but especially at climbing and backcountry ski brand Black Diamond—helped Clarus Corp. notch a record year in 2018 and also positioned the company for solid growth in 2019 and beyond.

Salt Lake City, UT-based Clarus—whose brands are Black Diamond, Sierra Bullets, Pieps and SKINourishment—on Monday reported adjusted net income before non-cash items for the fourth quarter increased 27 percent to $5.9 million, or 19 cents per share, which beat Wall Street targets by 11 cents and was up from $4.6 million, or 15 cents per share, in the year-ago quarter.

Sales in Q4 increased 9 percent to $57.3 million, beating estimates by $0.7 million and up from $52.7 million in the year-ago fourth quarter. The increase was driven by 8 percent growth in Black Diamond and 14 percent from Sierra. On a constant currency basis, total sales were up 9 percent.

The sales increase was driven by the inclusion of Sierra, which contributed $35.4 million in total sales and $25 million in incremental sales during the year, and growth in Black Diamond apparel, climb and mountain product categories. Excluding the Sierra acquisition, sales increased 10 percent. On a constant currency basis, total sales were up 23 percent.

“The double-digit revenue growth from both Black Diamond and Sierra in 2018 are proof that our dedication to a consumer-centric product innovation strategy is paying off,” President John Walbrecht said on Monday afternoon’s conference call with analysts. “This was met with increased gross margins across the portfolio as well as throughout the majority of our product segments.

All told, Clarus is executing up and down its portfolio, especially with its flagship brand. Black Diamond saw 8 percent growth in the fourth quarter, with apparel up 60 percent behind strong results from nearly all segments including stretch rainwear, bottoms, logo wear and sportswear, Walbrecht said.

Black Diamond’s mountain business was up 10 percent thanks to the “new lighting product introductions that were well received at retail along with strong performance in gloves,” Walbrecht said.

Also, BD’s climb category was down slightly in the fourth quarter primarily because the year-ago quarter included a footwear launch, the Momentum Rock Shoes. The climb segment typically has lighter sell-in compared to ski and mountain, Walbrecht added.

And ski business was “essentially flat in the fourth quarter due to the delay in the launch of the Black Diamond Beacons and this strategic reduction of JetForce 1.0 shipments in anticipation of the entirely new Jetforce Tour packs expected to launch in fall ’19,” Walbrecht said.

As the company looks to 2019, the focus is now on accelerating product R&D and innovation strategy, which the company believes will help deliver another strong year for Black Diamond.

“We expect that 2019 will see the introduction of over 300 new products across all of Black Diamond primary product categories and the continuation of our enhanced go-to-market strategy at both Sierra and SKINourishment, which is focused on new product introductions, expanded distribution and better consumer engagement,” Walbrecht said. “We will continue to look to innovate and accelerate in our existing businesses, bringing to market new product introductions, expanding our distribution and increasing consumer engagement.”

Walbrecht said the company has created momentum across its entire brand portfolio with a focus on innovating new product and accelerating them through brand awareness.

“This is evident in our outlook for 2019, which calls for high-single-digit sales growth and 20 percent adjusted EBITDA expansion,” he said. “In fact, we have already seen a strong start to Q1 in 2019, which has thus far been supported by the fulfillment of our strong spring 2019 product offerings, improved product availability in our core snow safety line and the strong execution by various teams in positioning the brand with our retailers and creating awareness within each of our different product categories.”

Here is a breakdown of Clarus’ financial performance from the fourth quarter and 2018, along with Wall Street and analyst reaction, and the company’s 2019 outlook.

Shares of Clarus Corp. dipped 21 cents, or 1.7 percent, to $11.97 on Tuesday, though the company’s stock remains nearly double the value that it was a year ago.

Jim Duffy of Stifel wrote: “Black Diamond is a strong heritage brand with potential for growth and margin expansion under new leadership. Opportunity to monetize Clarus Corporation’s $141 million in NOLs (net operating loss) through the accretive Sierra Bullets acquisition complements value in the legacy Black Diamond business. We view risk-reward favorably, with expectation for multiple expansion in contemplation for the acquired profitability, margin improvements in the Black Diamond business, and capacity for future M&A activity.”

And Dave King of Roth Capital Partners wrote: “Management guided to 8 percent revenue growth and 20 percent EBITDA growth for 2019, though Q1 results should exceed these targets. We reiterate our Buy and see CLAR as a beat-and-raise story that could further grow into its valuation given the potential for robust top-line gains and margin expansion.”