“Direct-to-consumer in the online space and retail are both two channels that can soak up a fair amount of investment and also give you a very nice return,” Metcalf said in an earnings call scheduled to discuss BDE’s audited financial statements for 2013. “Should we successfully monetize some or all of Gregory’s assets, those are specifically two of the areas, more than any others, where we would focus all those resources.”

Black Diamond divulged Feb. 11 that it had hired Rothschild Group to explore strategic alternatives for Gregory’s assets. On Monday, Metcalf said BDE has received substantial global interest in the brand and clarified that BDE would consider selling the business in its entirety.

“We’ve been talking 15 to 20 percent CAGR for the business going forward,” Metcalf said. “If we could monetize some or all of Gregory’s assets, we think we can take that growth rate up over 20 percent by investing at a higher level and at a quicker cadence at B2C and retail – and there would be other places within POC and BD apparel as well.”

Metcalf attributed BDE’s growing interest in DTC to the company’s growing emphasis on apparel sales, where brands cannot rely on independent specialty retailers to carry their entire line.  Black Diamond sold out its inaugural line of outerwear last fall at 260 doors, will launch its first spring collection at 400 doors this spring and launch its second fall/winter collection at 800 doors this fall. The company has said that it underestimated what it takes to get larger retailers to merchandise and promote an apparel line. BDE is also helping finance POC, a Swedish action sports hardgoods brand it acquired in 2012, the launch its first apparel lines for snowsports and cycling.

These investments as well as BDE’s decision to take over distribution of Gregory Mountain Products in Japan, caused SG&A expenses to grow 30 percent in 2013, causing the company to report a loss for the year, according to audited financial statements released Monday. Net loss after taxes was $5.9 million, or 18 cents per diluted share, compared to a net profit of $2.0 million, or 6 cents per diluted share, in 2012.

BDE had warned investors since at least 2012 that 2013 would be a year of investing to lay the ground work for future growth, but halfway through the year the company announced it would look entirely to organic growth at Black Diamond and POC for growth and was no longer pursuing acquisitions. On Monday, CFO Aaron Kuehne disclosed BDE had closed a $10 million line of credit for acquisitions the company had never used for an annual savings of $100,000. Kuehne also affirmed guidance he issued Feb. 11 that calls for BDE sales to grow 16 to 18 percent and gross margins to grow from 130 to 230 basis points to between 39.5 and 40.5 percent in 2014. 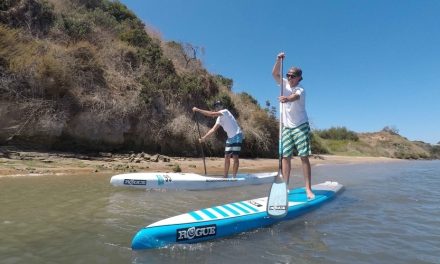 Did VF Corp. Just Anoint Their Next CEO?