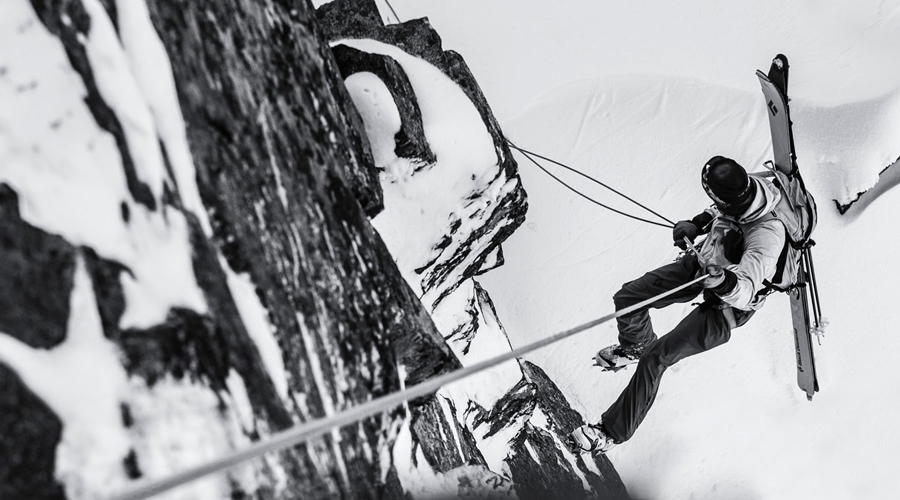 Even as Black Diamond Inc.’s stock (NYSE:BDE) emerges as a way for investors to profit from the proliferation of climbing gyms, the company has scratched other outdoor equipment brands from its acquisition shopping list, a top executive told investors Monday.

“It remains our intention to, at the appropriate time, acquire high-quality, durable cash-flow producing assets with expected enterprise values in the range of $250 million to $500 million,” said new Black Diamond Brand President John Walbrecht during the company’s third quarter earnings call. “At this time we expect to invest in assets unrelated to outdoor equipment in order to diversify our business.”

Since November 2015, the company has said that it was on another acquisition hunt, despite past criticism from investors (the stock has hovered around its historical lows) that it mishandled previous acquisitions such as Poc Sports and Gregory Mountain Products. The statement also comes amid double-digit growth in hardgoods sales in the specialty outdoor retail channel and the proliferation of climbing gyms, where Black Diamond’s climbing harnesses, carabiners, helmets and other core climbing and mountain products are sold.

Black Diamond’s share prices rose more than 5 percent in early morning trading November 1 on news the company’s sales and earnings for the third quarter ended September 30 exceeding Wall Street’s modest expectations. Those sales came in essentially flat at $39.4 million, but were up 8 percent in currency-neutral terms. As in the second quarter, executives stressed sales would have grown faster if not for constraints at the company’s Salt Lake City equipment factory.

Reduced Administrative Costs
The company also significantly cut its third-quarter net loss to a decline of $400,000, or a negative 1 cent per diluted share, versus a net loss of $50.8 million, or $1.55 per diluted share, a year ago, largely thanks to a 19-percent reduction in its selling, general and administrative expenses as it realized savings from its restructuring to a smaller company following the sales of Poc and Gregory. And in a bid to cut $9.5 million in annual expenses, Black Diamond over the last year has repatriated manufacturing of most of its equipment from China to its headquarters in Salt Lake City, relocated its European headquarters from Switzerland to Austria and dialed back its aggressive expansion in apparel.

Adjusted net income from continuing operations, which excludes non-cash charges and the cost of closing a factory in China and moving its European headquarters, came to $1.7 million, or 6 cents per diluted share, compared to $700,000 and 2 cents per diluted share a year earlier. On average, four Wall Street analysts who follow the stock had expected Black Diamond to break even in adjusted terms on sales of $37.6 million.

“Our larger key dealers continue to drive strong sellthrough of our products and despite the noise in the overall retail landscape today, we continue to characterize our North American dealer base as solid,” said Walbrecht, who joined the company a month ago after a brief stint heading up Columbia Sportswear’s Mountain Hardwear brand.

In North America, growth was driven by Black Diamond’s reentry into the rope market, the launch of four new headlamps and its Helio carbon skis and poles, which are being made in Europe. Sales of Cirque backcountry ski packs, PIEPS micro beacons and an updated version of the iProbe avalanche probe also contributed to growth.

In Europe, Black Diamond was able to catch up on back orders for climbing hardware during the quarter even as it fulfilled at-once orders for replenishment sales. While Black Diamond’s European ski dealers remain cautious due to disappointing winter weather, Walbrecht said bookings are strong for next spring when the brand will launch its first full-body harness for kids, a rechargeable version of the Iota headlamp, updated trekking poles and more accessories aimed at gym climbers.

In the rest of the world, distributors opened three new Black Diamond Equipment-branded gyms in the United Kingdom, two in Sweden and one in Germany, all containing Black Diamond shop-in-shops. A climbing gym in Beijing is also installing a Black Diamond branded concept shop.

Despite the positive demand, Black Diamond’s gross margin fell 470 basis points to 31.3 percent, with product mix, higher manufacturing costs and inventory clearance accounting for about 60 percent of the decline and exchange rates accounting for the rest. While Black Diamond pays for the bulk of its inventory in U. S. dollars, approximately 40 percent of its global sales are denominated in the euro and other foreign currencies such as the Canadian dollar, Swiss franc, British pound and Norwegian krone.

The company ended the third quarter — when inventory levels typically peak — with inventory at $45.3 million, or 17 percent below year-ago levels. The $9 million reduction was nearly twice its $5 million goal for the year. Much of the improvement came from eliminating safety stocks accumulated last year to ensure timely deliveries as it repatriated manufacturing from China.

Affirming Outlook
The company still expects sales to decline by as much as $10 million, or 6.4 percent this year from $155.4 million last year, which would equate to flat to 3-percent growth in currency-neutral terms. Gross margin is expected to come in around 30 percent (33.5 percent currency neutral), due largely to costs incurred repatriating manufacturing, including two expensive recalls in the second quarter. The forecast anticipates a slight decline in fourth-quarter sales primarily due to a narrower apparel offering, which is expected to offset growth in climbing and mountain product sales.

Walbrecht, who is known more for building brands than cutting costs, outlined a number of initiatives to boost Black Diamond’s retail presence during the upcoming holiday shopping season. In North America, the company is sending point-of-sale kits to 150 of its top dealers and installing 11 brand windows and six custom shop-in-shop installations in key U.S. specialty retailers and climbing gyms.

He confirmed the company will discuss entering adjacent climbing and mountain categories in spring 2018 when it meets with key retailers at the Outdoor Retailer show in January.

“And based on the response, the feedback we get, we will look at opportunities that our retailers believe are right for Black Diamond and for them,” he said.

In the meantime, he is optimistic Black Diamond can catch up with demand for its core climbing and mountaineering gear by the end of the year.

“We believe that the recall and quality concerns from earlier in the year are behind us and that our overall manufacturing operations are greatly improved,” Walbrecht said. “Suffice it that the demand doesn’t get further ahead of where we are at from a supply plan. That was the first perfect storm this season.”