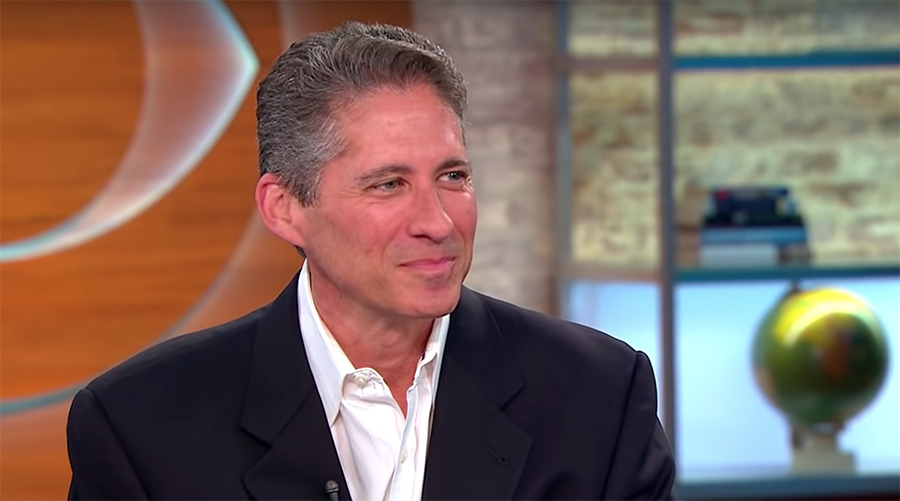 At FDRA’s Footwear Executive Summit, David Kahan, CEO, Birkenstock Americas, discussed today’s rapid pace of change and how change can be “scary.” But he said a large part of Birkenstock’s explosive growth in recent years has been driven by re-focusing on the passionate following – albeit initially small – that had long existed for the brand.

When he took over leadership of Birkenstock Americas seven years ago, Kahan’s team inherited an iconic, 240-year-old brand that had “tremendous mind-space” but little shelf space.

But one thing working in Birkenstock’s favor was the relatively“very few” consumers who were wearing Birkenstock “loved” the brand. He said, “Some of them were the stereotypical Birkenstock consumer, some of them just happened to be a-list celebrities, but we had that one thing going for us, and that was what we based our entire strategy on.”

Kahan’s team decided to position Birkenstock to better take advantage of those emotional connections to its “stark raving fans.” Kahan noted that for consumers, purchasing almost all products is largely a transactional process and most brands can only aspire to be “liked” by consumers. As an example, he pointed to the toothpaste category and the choice between brands such as Crest, Colgate or Aquafresh. He said, “Most people wouldn’t say that they love their toothpaste.”

However, he noted “there are a few brands, very few, that people love.”

As examples, he cited fans of Apple who stand outside for hours in inclement conditions to get the new iPhone even though a Samsung phone has largely the same functionality. Apple fans, he said, like to feel “they’re a techie” or “have something in common with Steve Jobs.” He noted that a number of Olympic athletes have the Nike Swoosh tattooed on their bodies and how many everyday runners put on a pair of Nike running shoes because they feel they’re “wearing products that are designed to the exact specifications of world-class athletes.”

In a similar way, someone might wear a Patagonia vest with aspirations around saving the planet. Said Kahan, ‘These are the brands that people love, and we realized that we had a brand that people absolutely love.”

As a result, much like rock bands such as The Grateful Dead or the Rolling Stones are committed to their fans, Kahan’s team decided to “do everything based on this idea of fan love.”

Kahan explained, “What we thought was, if you just discovered pizza and you really like pizza, don’t you think there are other people that would like pizza? Why not share your love of pizza with other people? People who loved Birkenstock, love this brand. They were so few and far between. We just needed to decide how do we create, not an evolution, but a revolution with this brand.”

A first priority for Kahan’s team was to “embrace our brand DNA.” Kahan noted that some famous models had long worn Birkenstock off the runway but more fashionable people were gravitating toward the brand as Kahan was taking over. Instead of repositioning the brand to the fashion crowd, however, the brand stuck to its granola roots.

“We decided to double down on who we were,” said Kahan. “And the way I explained this is everybody remembers the cafeteria at high school, you always had the cool kids table, right? That’s where the cheerleader was, the captain of the football team – those were the popular kids. And then way over in the corner, you had the geeky kids table. Birkenstock was the geeky kids, but all of a sudden the cool kids kind of started to get into it. We didn’t get up and walk across the room and go sit with the cool kids. We stayed right where we were. We were real proud of it and we looked over and we said, “Hey you cool kids, I’m glad you’re figuring out what these people have known all along, the shoes feel great.’ So doubling down on our DNA, and not moving away from those long-time fans allowed us to open up the universe and almost validated those long-term fans, even more than they ever would have been had they thought we sold out on them.”

A second priority was to “show up like a brand” at retail and that marked a major shift in Birkenstock’s go-to-market approach. At many stores, Birkenstock would often be hidden among the mix and pulled out for the few Birkenstock lovers who came in when their sandals wore out.

“We were in the item business, we decided to show up like a brand,” said Kahan. “This was very premature for us, and I will admit there were a lot of retailers at the time who gave us that, ‘Who the heck do you guys think you are?’ moment. But we just had enough of that ‘Bet on the future’ mentality, ‘Believe in this thing’ that this was the key to us.”

The more-prominent displays have helped Birkenstock expand the brand well beyond the iconic model.

Finally, a priority was placed on what Birkenstock refers to as “relative market scarcity, strategic distribution, and market discipline.” Kahan added, “This was the secret sauce. This is kind of our Willy Wonka’s Chocolate Factory.”

Kahan noted that with footwear production still coming from factories in the brand’s home base in Germany, being a completely vertical operation is the “best thing” and the “worst thing” for Birkenstock. The major challenge is Birkenstock faces long lead-times and capacity constraints. But Kahan admits the constraints have forced the Americas team to be highly disciplined on distribution and likely avoided over-expansion.

Indeed, Kahan said that in the end his team decided to embrace the benefits of handmade production along with the downsides of turnaround constraints as a vertical-manufacturer as “part of who we are.” The move wound up stoking demand. He said, “This product that was easily accessible now became harder to get and the more it became harder to get, the more the demand increased.”

The focus on having the right distribution was also behind Birkenstock’s controversial decision in 2016 to pull its product from Amazon due to challenges with counterfeits and with unauthorized sales through third-party sellers.

Said Kahan, “We’re not anti-Amazon in any way and that’s why I really don’t talk about the subject. I’m a big fan of Amazon.  I think what they do is great. There’s probably an Amazon box outside my door two or three times a week.” But he felt an online marketplace such as Amazon wasn’t right for a brand such as Birkenstock requiring an emotional connection with consumers.

“This brand right now is managed at the intersection of a luxury brand and an athletic brand,” said Kahan. “And if you look at the way those brands are distributed, there’s an emotional connection with the consumer. I always say, if you were a Harvard MBA and you looked at the Chanel consumer and you looked at her and you said, ‘Where does she shop? Oh my god, she’s in the supermarket, every week. Why don’t we set up a Chanel kiosk right by the eggs, milk and cheese because she’s going to be there?’ Well, she might be there to buy eggs, milk and cheese, but she ain’t going to be there by her Chanel handbag. That’s a different experience and we needed to decide where are we on that spectrum. And again, it’s not the right thing for everybody. We’re not trying to be the poster boy for doing the right thing. But for us, it’s the best decision we ever made with this brand.”

Other keys to Birkenstock’s recent success has been a focus on never compromising on brand equity and that includes everything from product creation to distribution and cultural decisions. Kahan said, “We built our entire strategy on the emotional side of it. And right now we’re living in the world of Netflix, right? It used to be, you had to have The Cosby Show, you had to have a TV show at eight o’clock that three-quarters of the United States sat down and watched. That’s not the game anymore. You find your niche. Netflix proved this. HBO proved this. You just have to find your niche, and own that niche.”

Another internal focus is to not be a “re-actor to change” but instead aim to be two steps ahead. Kahan added, “And if you’re an iconic brand, if you’re Birkenstock, you need to have one foot in the past and somehow, you have to have two steps in the future. It’s not an easy balance to have.”

He said firms also have to create a culture that embraces change in today’s climate. Said Kahan, ”I’m a big culture guy. The most important thing we have going for us right now isn’t that we have an iconic brand. It’s not that we have a 240-year history. We have no advantage when it comes to speed to market or consumer insights or analytics. We ain’t got none of that stuff. But what we have is a culture. And this culture embraces change. This culture looks for change.” 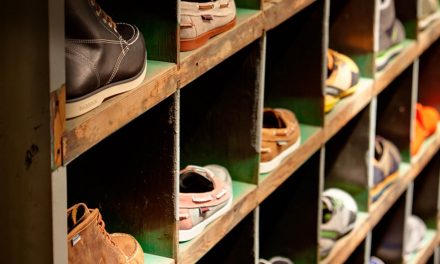