“We are delighted to report that states, and statewide bicycle advocates, are using this program to target legislative changes, adopt new policies and even start new advocacy groups in order to improve conditions for cyclists,” said Andy Clarke, League president, in a press release. “Change at the state level is harder to see than in a community or business, but is no less important, and we are seeing real progress.”

“Being recognized as a leader for three years in a row reflects the strong partnerships that have been forged over the years, as well as the smart investments that have been made at the local, regional and state level,” said Kathleen Davis, director, WSDOT Highways & Local Programs Division. “In Washington, bicycling plays an important role in our overall transportation system, giving people choices for commuting and recreation.” This marks the third year in a row that Washington has finished first in the ranking, and the second year Alabama has come in last.

Tennessee is one of the states that greatly improved its ranking; they jumped 20 spots in one year The state moved to 23rd place this year from their 43rd ranking in 2009. “The improvement in Tennessee's ranking is due in large part to the better collaboration among TDOT, regional and municipal planners, legislators, advocates, and sharing of information across the state,” said Tom Evans, founder and secretary/treasurer of Bike Walk Tennessee. “We'll use the 2010 rankings and feedback as a guide to prioritize efforts for future improvements.”

The League also is announcing the second round of Bicycle Friendly State awards, modeled after the successful Bicycle Friendly Community designation program. Four new states have been awarded the special designation, and two states received an honorable mention: Oregon (Silver), Delaware (Bronze), New Jersey (Bronze), Massachusetts (Honorable Mention), Florida (Honorable Mention) and Maryland (Honorable Mention). Along with last year's winners, these states show what can be done to promote bicycling through model policies, programs and a built environment that accommodates bicyclists of all ages and abilities.

The BFS program links the League's work with federal level and community advocacy throughout the nation and recognizes states that actively support bicycling. The state rankings were first conducted in 2008 and are conducted annually, with all questions and methodology remaining consistent to track states' progress. The BFS rankings are based on a 95-item questionnaire that evaluates a state's commitment to bicycling and covers six key areas: legislation, policies and programs, infrastructure, education and encouragement, evaluation and planning, and enforcement. 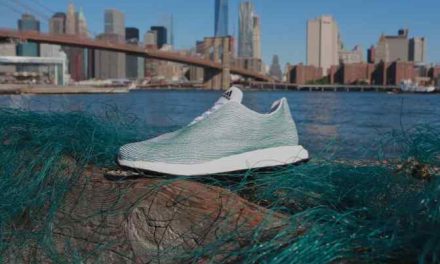 Adidas Collaborates with Parley for the Oceans