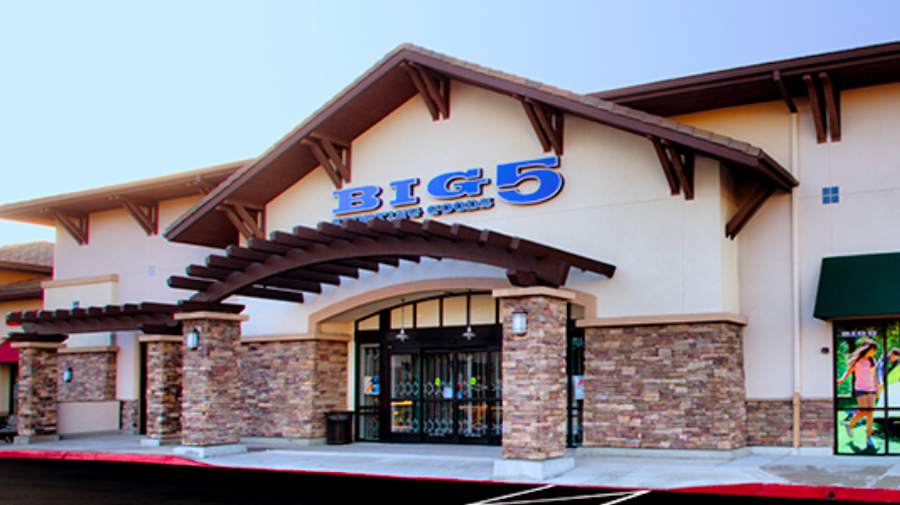 “With our sales execution over the course of the quarter, combined with our continued focus on managing expenses and inventory, we delivered year-over-year improvements in earnings, operating cash flow, inventory levels, and revolving credit borrowing and further strengthened our balance sheet,” said CEO Steve Miller on a conference call with analysts.

In the quarter ended June 30, earnings reached $28,000, or break-even per share, including a 3-cents-per-share benefit primarily related to the favorable settlement of a software contract termination. This compared to a year-ago loss of $248,000, or 1 cent a share. Big 5 had guided investors to expect a loss in the range of 4 cents to 12 cents a share.

Sales were essentially flat at $241.0 million compared to $240.0 million a year ago. Same-store sales increased 0.7 percent against a decline of 2.1 percent in the 2018 second quarter. Guidance had called for same-store sales in the range of low negative to low positive single-digits.

Miller said sales comparisons year-over-year reflect a small negative impact on the latest quarter as a result of the calendar shift of the Easter Holiday when stores were closed.

A slow start was seen in April with comp sales down in the low-single-digit range, primarily due to the negative impact of the Easter calendar shift. In May, comps turned positive in the low single-digit range for the first three weeks of the month, but sales in a high-volume week leading up to Memorial Day (May 27) were adversely impacted by significantly cooler-than-normal temperatures across virtually all markets.

“While cooler weather remained a headwind over most of June, we were able to comp positively in the mid-single-digits for the month, mainly on the strength of strong demand for ammunition in California to advance the new legislation that took effect on July 1,” said Miller.

For the quarter, hardgoods comps were up mid-single digits on a same-store basis, benefiting from the strong ammunition sales.

Apparel comped down low-single digits due to soft licensed apparel sales as the category anniversaried strong year-ago gains tied to success with the Las Vegas Golden Knights and Golden State Warriors as well as the arrival of the men’s World Cup. Excluding licensed apparel, apparels comped positively for the quarter.

Footwear comped down in the low-to-mid-single digits for the period although footwear trends improved over the course of the period and that improvement has continued into the third quarter.

Miller said, “Overall, for the second quarter, we experienced a slightly decrease in customer transactions and a modest increase in our average sales versus the prior-year period.”

Merchandise margins for the quarter were down 80 basis points, compared to the second quarter of last year, when margins increased 42 basis points. The margin contraction in the latest quarter was primarily a function of a shift in sales mix during the period, reflecting decreased sales of certain higher-margin, warm-weather seasonal products, and increased sales of lower-margin ammunition products.

Besides the comp gain, the bottom line was aided by a reduction in SG&A expenses by 3.3 percent to 30.0 percent of sales versus 31.1 percent in the year-ago quarter. The $2.5 million reduction came was mainly due to a favorable settlement of the termination of a software contract and lower print advertising expense and employee benefit-related costs, partially offset by higher employee labor expense. The chain has felt pressure from minimum wage increases.

Big 5 opened one store in the quarter in Grand Junction, CO and ended with 434 in operation. Plans for the year call for opening four and closing five, reflecting ongoing efforts to optimize its store base.

Chainwide inventory was $318.6 million at the end of the second quarter, which reflected a year-over-year reduction in inventory of $27 million or 7.5 percent on a per-store basis. The chain’s revolving credit borrowings totaled $62.4 million at the end of the quarter, reflecting a reduction of $28.2 million or 31 percent, year-over-year. Barry Emerson, CFO, said, “These reductions in our borrowing and inventory levels have substantially strengthened our balance sheet as we continue to focus on maintaining a healthy financial condition and the flexibility to invest appropriately in our business.”

Miller said quarter-to-date sales are running down low-single digits versus the prior year. Stronger sales of ammunition in California in June pulled forward some sales in that category at the expense of July’S sales. Additionally, Big 5 faced more challenging comparisons in July as the year-ago period benefited from “very favorable” summer weather.

Said Miller, “Compared to last year, summer weather this year has been relatively slow to arrive, particularly in the Pacific Northwest. Over the remainder of the quarter, our sales comparisons become more favorable, given the sales last year during the period for adversely impacted by wildfires, as well as fairly unfavorable weather in many of our market areas.”

The CEO noted that a strong positive for the start of the third quarter is that July merchandise margins were running up nicely from the prior-year period.

“A key strength of our business model is our ability to position our product assortments to satisfy seasonal consumer demand for the convenience of our store format,” added Miller. “Our strong sales last winter season currently illustrated the strategic advantage.”

Miller also said that with much of the summer season to go, promotional plans and inventories are believed to be well-positioned to drive positive sales over the remainder of the quarter. In addition to capturing seasonal demand, ongoing efforts to fine-tune merchandise assortments to reflect product trends, as well as aggressively pursuing opportunistic buys, are expected to support top-line growth.

Miller concluded, “We are pleased that these efforts are generating positive response across the broad array of product categories throughout our store. We are also very encouraged by the steps our team is taking to mitigate the cost pressures that our business is facing, which were reflected in our favorable SG&A result. We will continue to focus on actively managing the cost structure, inventory, and other assets on our business to ensure that we maintain a healthy balance sheet, which should provide us with the flexibility to capitalize on opportunities as they arise.”

The North Face Partners with TerraCycle to Reduce Landfill Waste

Field and Stream to Open Another Pennsylvania Store 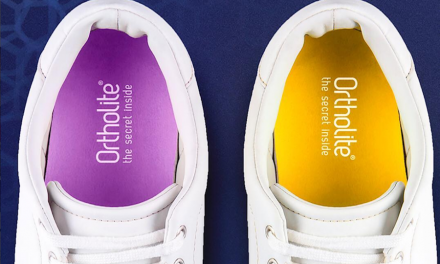