Big 5 Sporting Goods Corporation has announced the hiring of Barry D. Emerson to be the company's new Senior Vice President, Chief Financial Officer and Treasurer. He is expected to begin employment with Big 5 during early September.

Mr. Emerson has over 20 years of accounting and financial management experience, including CFO positions with U.S. Auto Parts Network, a leading Internet direct marketer of automotive replacement parts and accessories, and Elite Information Group, a premier software developer which traded on the Nasdaq National Market before being acquired. Mr. Emerson also was employed by Wyle Electronics for 15 years, where he served as Vice President and Corporate Controller. Wyle Electronics, an electronics distribution company with $1.7 billion in revenue, traded on the New York Stock Exchange before being acquired. Mr. Emerson began his career as an auditor with Arthur Andersen LLP.

Mr. Emerson is a Certified Public Accountant and has an MBA degree in finance from UCLA and an undergraduate degree in accounting from California State University, Long Beach.

“We are pleased to announce the hiring of Barry Emerson. When we began our search for a new Chief Financial Officer, we wanted someone who would strengthen our finance and accounting department by bringing an extensive background in GAAP and SEC financial reporting,” stated Steven G. Miller, the company's chairman, president and CEO. “Mr. Emerson possesses these skills as well as the ability to ensure that our company will have the proper internal controls in place to support our long-term growth and expansion plans.”

“I am very excited to be joining one of the nation's leading sporting goods retailers,” Mr. Emerson added. “I look forward to working with Big 5's executive team and accounting department.”

As previously announced, Charles P. Kirk, the company's former Chief Financial Officer and Treasurer, will remain a Senior Vice President and a member of the company's senior management team. 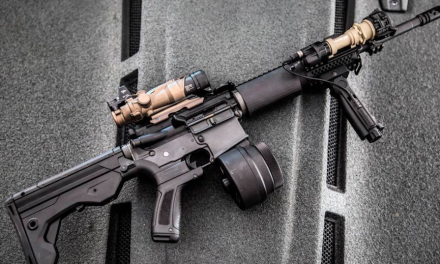