NSGAs recent study, “The Sporting Goods Market in 2005,” found that females are significant purchasers in many important footwear and equipment categories. In 2004, females purchased 54% of the $14.8 billion of athletic footwear sold at retail. Specifically, they purchased 85% of aerobic footwear; 35% of boat/deck shoes; 43% of bowling shoes; 49% of cross training shoes; 64% of fashion sneakers; 55% of fitness shoes; 49% of running shoes; 71% of sport sandals; 45% of tennis shoes; 64% of walking shoes and 48% of water sport shoes.

In equipment, females purchased 41% of the bicycle helmets; 38% of the backpacks and daypacks; 60% of the ellipticals; 45% of the heart rate monitors; 52% of the exercise bikes; 62% of the treadmills; 47% of non-prescription sunglasses; 46% of the soccer balls; 37% of the tennis rackets; 43% of the in-line skates and 42% of non-motorized scooters and 38% of motorized scooters.

“A quick glance at products purchased by females suggests a strong fitness orientation,” Doyle said. “The question for sporting goods stores might be, is your store environment female fitness friendly?”

The data in “The Sporting Goods Market in 2005” projects 2004 purchases of sporting goods products based on a survey of 100,000 U.S. households. National Family Opinion, Inc. maintains the consumer panel used in the survey. It is balanced to parallel actual American household distribution as reported by the U.S. Bureau of Census, so that the data can be projected nationally. 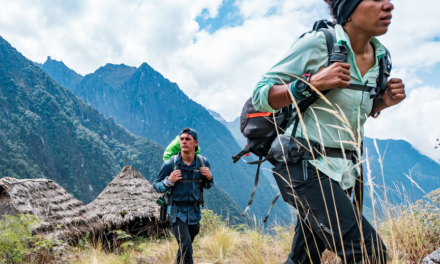