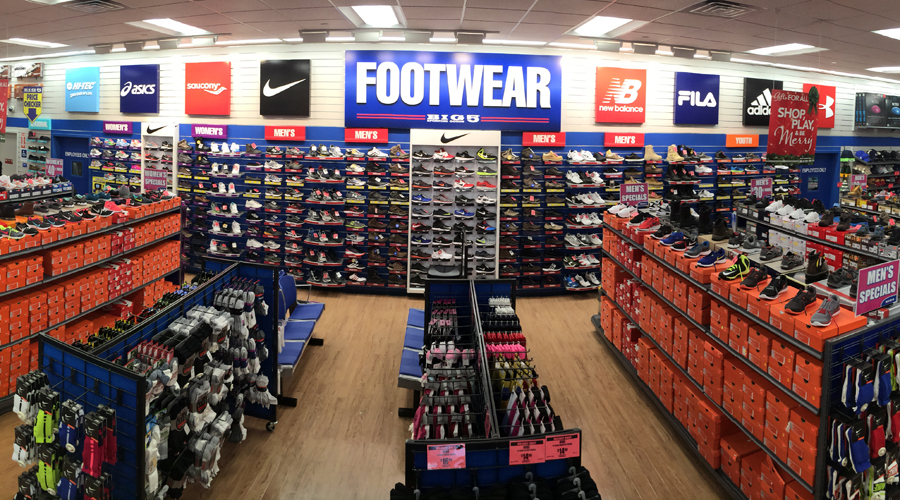 Big 5 Sporting Goods (Nasdaq:BGFV) was expected to benefit from the liquidations of both Sports Authority and Sport Chalet, but the payback came in a variety of ways.

The sporting goods chain belted out a 6.8-percent gain in same-store sales for the third quarter, ended October 2, largely due its former competition in much of the Western U.S. closing up shop following their bankruptcies. That left Big 5 in many areas out West as the only nearby sporting goods outlet. Both the top line and bottom line also benefited from the reception of an ample supply of opportunistic buys. Vendors needed to find shelf space for goods that were on their way to the liquidated stores.

With both Sports Authority and Sport Chalet slightly more upscale and apparel-driven, Big 5’s margins lifted in part because many of the categories seeing a boost from the closures carried higher margins. Finally, Big 5 President and CEO Steve Miller on the November 1 conference call with analysts said that “somewhat of a less promotional environment,” also due to the competitor exits, favored margins as well.

“We’re very pleased to deliver an exceptionally strong third quarter performance,” Miller said. “We achieved meaningful increases in same-store sales and earnings as we benefited from the significant competitive rationalization that has occurred in our markets.”

The closure this past year of roughly 210 Sports Authority and Sport Chalet locations impacted approximately 250 of Big 5’s stores, or nearly 60 percent of the chain.

Sales in the quarter rose 3.3 percent to $279 million. The increase was achieved despite an $8.9-million negative impact from a calendar shift. The latest year’s quarter began one week later than the 2015 quarter, which resulted in pre-Fourth of July holiday sales moving from the third quarter in 2015 to the second quarter in 2016. The chain saw a mid-single-digit increase in customer transactions and a low-single-digit increase in average ticket versus the prior-year period. By month, comps were up in the mid- to high-single-digit range in July, up high single digits in August and a “very solid mid single digit” in September.

By product category, all major merchandise categories benefited from competitive store closures, with apparel up low double digits, hardgoods ahead high single digits and footwear rising in the “solid low-single-digit range” for the period, Miller said. Merchandise margins expanded 39 basis points, benefiting from the favorable sales mix shift and some opportunistic buys resulting from the competitor liquidation. Overall gross margin increased to 32.2 percent from 31.5 percent, also thanks to a decrease in store occupancy cost as a percentage of sales.

SG&A expenses were reduced to 27.3 percent of sales in the quarter, down from 27.7 percent in the same period a year ago. But on an absolute basis, the expenses increased $1.4 million year over year, due primarily to a $1.1 million pretax charge for store closing costs and higher employee labor expenses, reflecting minimum wage rate increases in California, partially offset by a decrease in print advertising expenses.

The company also repurchased 122,999 shares of its stock for a total expenditure of $1.6 million and its board approved a 20 percent increase in its quarterly dividend, from 12.5 cents to 15 cents a share. The dividend increase was the second this year and represents a 50 percent increase from the beginning of 2016.

Inventories were down 9 percent and off 8.7 percent on a per-store basis. Said Barry Emerson, SVP and CFO, “We feel very good about our inventory position as we enter the holiday and winter shopping season.”

New Competition Coming
Commenting on store count, Miller said Big 5 opened two stores in Española, NM and Banning, CA in the quarter while closing five. It ended the quarter with 432 in operation. “We continue to watch the ongoing developments in our market and believe the rationalization that is taking place could create additional opportunities for us after the competitive landscape shakes out,” said Miller.

Dick’s Sporting Goods is expected to become a bigger competitor to Big 5 in the future. In the Sports Authority bankruptcy, Dick’s won the rights to 31 former Sports Authority leases, including 13 in California and one in Arizona.

For the fourth quarter, Big 5’s same-store sales are projected to land in the positive mid-single-digit range and EPS in the range of 25 cents to 35 cents, which compares with 20 cents a year ago. Same-store sales inched up 0.1 percent in the 2015 fourth quarter. Miller said comps are running ahead high single digits quarter to date. Miller believes that reflects the rationalization in the sporting goods channel that is helping “more customers recognize the convenience, value, service and selection that Big 5 Sporting Goods offers.” Miller also noted that the chain believes it’s benefiting from a doubling of its investments over the last four years in remodeling its stores with new in-store signage and displays.

Miller cautioned that October represents the lowest sales volume month in the quarter, with the key winter and holiday selling season making November and December more critical months. “There’s always a degree of unpredictability as to how consumers will spend during the holidays and often even more unpredictability as to how winter weather conditions will play out,” added Miller. He also said that last year’s fourth quarter benefitted from cold weather that hit over the Christmas and New Year holiday period.

“That said,” Miller added, “we do feel well-positioned to produce strong results over the course of the quarter. Sales continue to benefit from the competitor rationalization and we continue to work hard to gain market share as a result of this opportunity.” Big 5 continues to implement marketing plans to reach former Sports Authority and Sport Chalet customers, “and I’m pleased with our team’s progress in pursuing new product lines and expanded assortments, cultivating new vendor relationship and pursuing opportunistic buys.”