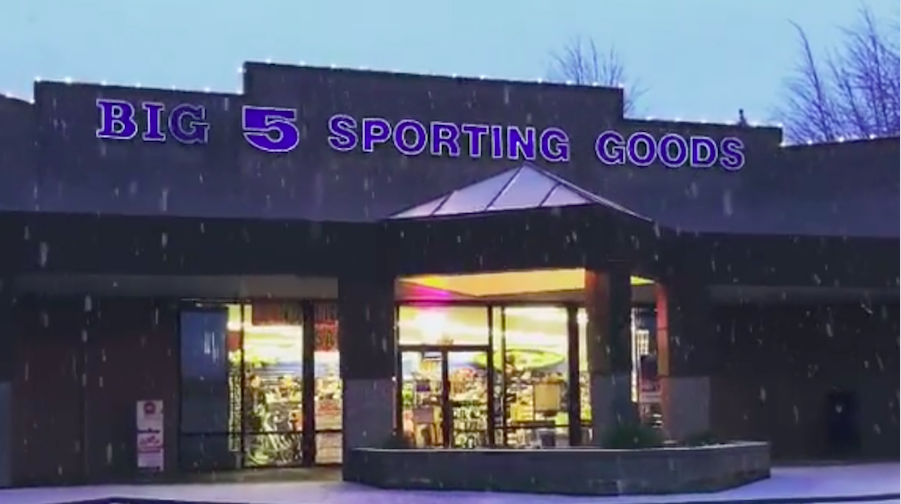 Big 5 Sporting Goods reported a loss before charges in the fourth quarter ended December 31 due to persistent warm and dry weather in the western states. Same store sales decreased 9.4 percent in the period.

The results were in line with guidance reported in early January but the sporting goods chain noted that same store sales in January dropped in the high-teens due to similar weather conditions and said it expects to show a loss for the first quarter. Sales have only recently improved in February to support spring activities.

“Our fourth quarter results and first quarter outlook reflect an extraordinarily challenging winter selling season for our business,” said CEO Steve Miller on a conference call with analysts. “While much of the country has endured often extreme winter weather conditions over the past few months, our western U.S. markets have experienced significantly warmer-than-normal weather and one of the driest periods on record.”

He added, “These conditions have severely impacted winter recreation and substantially reduced demand for winter-related products in our market.”

By month, comps were down in the low-mid-single digit range in October and comped down in the low-single digit range in November, which included positive same store sales over the Black Friday weekend. With “extraordinarily warm and dry weather conditions across our market,” comps in December dropped low-double digits, with nearly a 50 percent decline in sales of cold weather and snow-related products in the month.

Overall, Big 5 saw a high-single digit decrease in the number of customer transactions and low single digit decrease in average sale during the quarter, marking the first year-over-year quarterly decline in its average ticket in over three years. Miller again blamed “the reduced demand for higher ticket winter related and firearm related products during the quarter.”

All product categories were “significantly affected by the lack of winter weather,” said Miller. Apparel was down low-double digits; hard goods, which also reflected weakness of firearms, was off in the high-single digit range. Footwear slipped in the mid-single-digit range.

Gross margins in the quarter eroded to 30.0 percent from 32.8 percent for the fourth quarter of 2016.

Merchandise margins for the quarter decreased 126 basis points compared to the fourth quarter of 2016, when merchandise margins increased 68 basis points over the prior year period. The decrease primarily reflects the sales mix shift away from higher-margin winter product category as well as an increase in promotions in an effort to drive traffic and sales. Additionally, the year-ago period benefited from favorable opportunistic buys associated with competitor closures in 2016, including Sports Authority and Sport Chalet.

SG&A expense grew to 33.3 percent of sales versus 28.2 percent in the fourth quarter of 2016. SG&A expense increased $5.6 million year-over-year due primarily to higher employee labor and benefit-related expense, as well as non-cash impairment charges of $4.4 million for the write-down of goodwill and $600,000 related to three underperforming stores.

Excluding non-recurring items, the loss in the latest quarter came to 10 cents a share against earnings of 33 cents a year ago. On January 8, Big 5 revised its Q4 guidance to a loss in the range of 8 cents to 13 cents excluding charges. Previously, the company had guided EPS in in the range of 16 to 28 cents.

For the full year, sales were down slightly to $1.01 billion from $1.02 billion. Comps decreased 1.2 percent. Net income was $1.1 million, or 5 cents a share, after after-tax charges in the fourth quarter totaling $10.9 million, or 52 cents per share. Earnings in 2016 were $16.9 million, or 77 cents, including 5 cents per share of charges for store closing costs and the net write-off of deferred tax assets related to share-based compensation.

Big 5 spent $16.5 million in capital in 2017 and plans to spend $18 to $22 million in 2018. The increase reflects continued investment in store-related remodeling, new stores and IT systems, as well as the purchase of a property adjacent to its corporate headquarters that it currently uses as a parking area.

For the first quarter, Big 5 expects same-store sales to land in the negative high single-digit range and loss per share to be in the range of 6 to 14 cents, compared to a same-store sales increase of 7.9 percent and EPS of 24 cents. Fiscal 2018 first quarter guidance reflects an anticipated small negative impact as a result of the calendar shift of the Easter holiday, during which time the company’s stores are closed, out of the second quarter of fiscal 2017 and into the first quarter of fiscal 2018.

Miller said Big 5’s sales have improved each week throughout the month of February as other non-winter products have become more significant to its overall sales mix. The arrival of favorable winter weather in its markets over the past week have helped clear some winter product stocks.

“It would have been nice to have had some winter weather earlier in the season, but we’re certainly happy to have it now,” said Miller. “Having said that, it’s a bit of a double-edged sword at this point in the season, as the winter business does come at some expense to our spring categories. As we sit here today, we are currently comping down low-double digits for the first quarter to date.”

The first quarter overall is also facing tough comparisons against a 7.9 percent comp gain in the year-ago quarter. The year-ago period was helped by “favorable weather conditions in our markets with snow in the mountains and dry ball fields,” and also benefited from the calendar shift that led the Easter holiday, during which the company’s stores are closed, falling to the second quarter in 2017 versus the first quarter in 2016.

Inventory was $313.9 million at the end of the quarter, up 6.7 percent. On a per-store basis, inventory was up 5.6 percent versus the prior year, reflecting an increase in winter products.

The company remains comfortable with its inventory position. Said Miller, “We’ve been through difficult winters before and we know how to efficiently transition the product to the next season. Fortunately, the product that we will carry over is not fashion and should play well next year, and we see little risk for significant markdowns associated with it.”