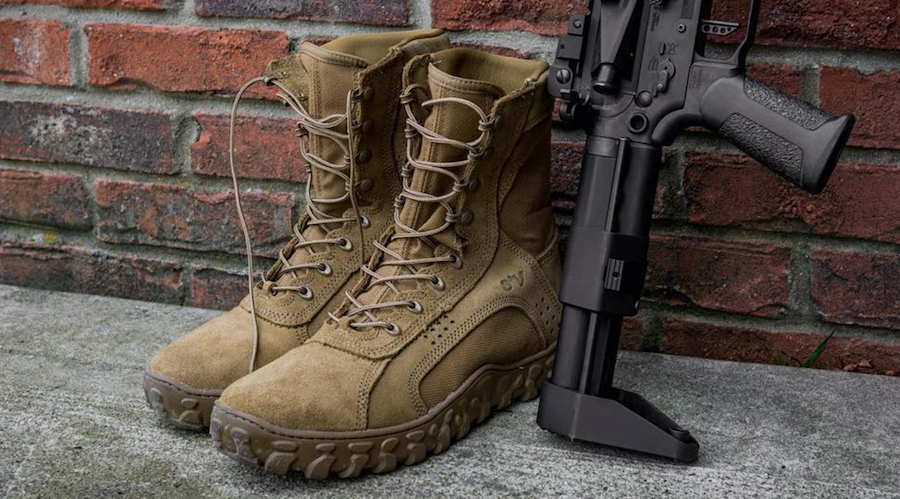 Though Rocky Brands Inc. narrowly missed Wall Street’s revenue estimates in the first quarter, the Nelsonville, OH-based company rode a healthy balance across portfolio and sales channels to more than double net income from the same quarter a year ago.

The performance pleased Rocky Brands executives, who said “solid wholesale and retail growth” should share the credit for overcoming softness on the military segment side.

“Our two highest margin segments, which, along with expense leverage, led to a 79 percent increase in operating income year-over-year and earnings that exceeded our expectations,” CEO Jason Brooks said on Tuesday afternoon’s call with analysts.

Brooks said there were several drivers behind the growth, starting with product. “We’ve invested additional time and resources in bringing great product to the market that further advance the companies long history of providing consumers with unbelievable quality, comfort and great value,” he said. Examples of recent product introductions that have performed well for Rocky Brands include Rocky XO-Toe, Durango Mustang and Georgia Carbo Tec LT.

The second driver was retail support. “We’re working very closely with our brick and mortar and e-tailer accounts to ensure that there are assortments [that] resonate with consumers and that they’re in stock on key styles,” Brooks said.

Third was marketing: The company has “redirected funds to programs primarily digital that drive consumer engagement and generate greater awareness about brands in the marketplace.”

Rocky Brands also saw a significant boost in the company’s direct-to-consumer business, as “branded e-commerce websites collectively posted a double-digit sales gain in Q1, as this channel capitalizes on recent investments aimed at increasing traffic and conversion while enhancing the consumer experience,” Brooks said. “This included shifting dollars from our traditional advertising format to more digital programs, broadening the product offering and introducing web-only styles in order to entice consumers to shop directly with our brands. We’ve also provided guests with additional payment options such as PayPal, and we’re exploring other ways to further improve both the checkout and return process as we look to build more loyal, repeat customers.”

To support this channel, the company recently upgraded the warehouse management system and “can now pick and ship all e-commerce orders placed by 2 p.m. Eastern that same day. In addition, we’re investing in software that will allow customers to see exactly when their orders will arrive, which should further bolster online conversion rates.”

Rocky Brands’ military segment sales will face some additional headwinds in 2018, in addition to some contracts that expired at the end of last year, Brooks said. But “we plan to utilize the excess capacity to expand our commercial military business in the U.S. and overseas while continually, aggressively bidding on all available contracts that make financial sense for the company.”

Balancing the military side, however, was western, which grew 8 percent in Q1 and is poised for additional growth in 2018, Brooks said.

“We’re seeing something’s changed in the marketplace from more traditional western,” he said. “The fashion western business is still not good, but we’re seeing some nice increases and then we’re also seeing it on our work-western kind of stuff. We’re seeing some key retailers engage us or us engage them in a very positive way and so we’re excited about what’s happening there. It’s a pretty strong quarter … [and] we still think there’s a lot of upside there.”

Q1 strength plus “slightly greater conservatism during the balance of 2018” drove Baird to raise estimates for Rocky Brands in 2018 by 10 cents a share to $1.50 a share. “High-level 2018 targets have included wholesale revenue growth for the year (not updated), lower military sales (has been expected down $12 million), gross margin in the low-30 percent range for Q2-Q4 (down from 34 percent-plus in Q1 which benefited from some unique product drivers) and SG&A dollars sustaining at or just above the Q1 run rate on average.”

More details from the first-quarter earnings report are as follows:

Gross margin in the first quarter of 2018 increased to $21 million, or 34.2 percent of sales, compared to $19.7 million, or 31.3 percent of sales, for the same period last year. The 290-basis-point increase was driven by higher wholesale and military margins, combined with a lower percentage of military sales, which carry lower gross margins than wholesale and retail sales.