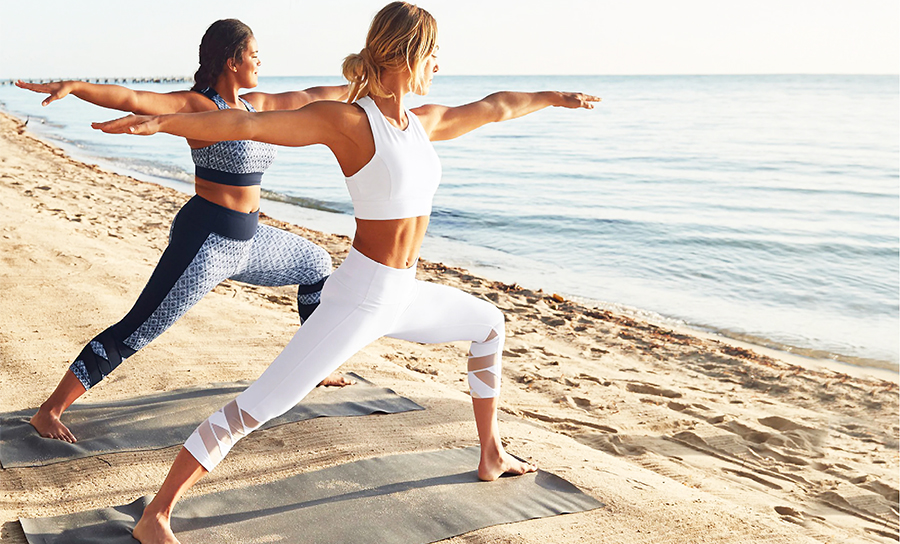 Athleta saw an “acceleration” in growth in the second quarter and remains committed to opening 25 stores this year, Art Peck, president and CEO of Gap Inc., said on his company’s conference call with analysts.

“I’m pleased with the acceleration of the Athleta business from Q1 as we clear through the softer swim categories and the momentum we see as we head into the second half of the year,” said Peck. “We’ve reinvested in marketing at the brand, which drove increased demand and healthy customer growth.”

In the first quarter, Gap Inc. officials indicated that Athleta saw the strongest growth among all its concepts, which also include Gap, Old Navy and Banana Republic. But growth at Athleta was challenged by unseasonable weather early in the first quarter and by weakness in the swim category largely related to fit challenges.

Gap official didn’t provide a growth figure for Athleta for the second quarter but the company’s “Other” revenues expanded 25.4 percent to $331 million from $264 million in the same period a year ago. That marked an acceleration from the 6.3 percent gain seen for the segment in the first quarter.

The “Other” segment consists of the Athleta and Intermix brands, as well as a portion of income related to credit cards. Beginning in the third quarter of fiscal year 2018, the Hill City brand is also included. In the Q&A session of the call, Teri List-Stoll, EVP and CFO, said the timing of credit receipts was part of the reason for the growth acceleration in the “Other” segment, but the “biggest piece” was Athleta. He added, “We feel very good overseeing there.”

Looking to the back half, Athleta is expected to gain a boost from the launch of Supersonic, a new technical Fair Trade certified fabric made with recycled nylon from pre-consumer waste designed specifically for high-intensity activity. Said Peck, “This has helped reduce 15 tons of waste to-date, which interestingly is enough to wrap around the earth 247 times. More importantly, the early reads on consumer acceptance and engagement with the various products that this fabric is in has been very positive.”

“Allyson is the most decorated female track and field athlete in US Olympic history,” said Peck. “Allyson, who will support is an athlete and as a mother and an activist, will wear Athleta in competitions and in her daily life and will continue to work with us to enhance the technical performance of all of our products.”

The renowned track and field sprinter had long been with Nike but in May published an op-ed for The New York Times calling out the company’s treatment of female athletes who took breaks in their career to have children. Nike has said it’s changed its maternal leave policy for athletes.

Peck also touched on the transition of Nancy Green, who served as brand president Athleta for the last six years, to Old Navy, which is in the process of spinning off from Gap Inc. as a stand-alone public company. Green was appointed Old Navy’s president and chief creative officer in charge of product and marketing functions.

Peck said the while Gap Inc. hasn’t named a replacement, he noted, “This is quite honestly a coveted role and interest has been tremendous. In the meantime, we have a strong aligned senior leadership team guiding the brand and I am providing additional support to that team until we’re ready to name a new leader.”