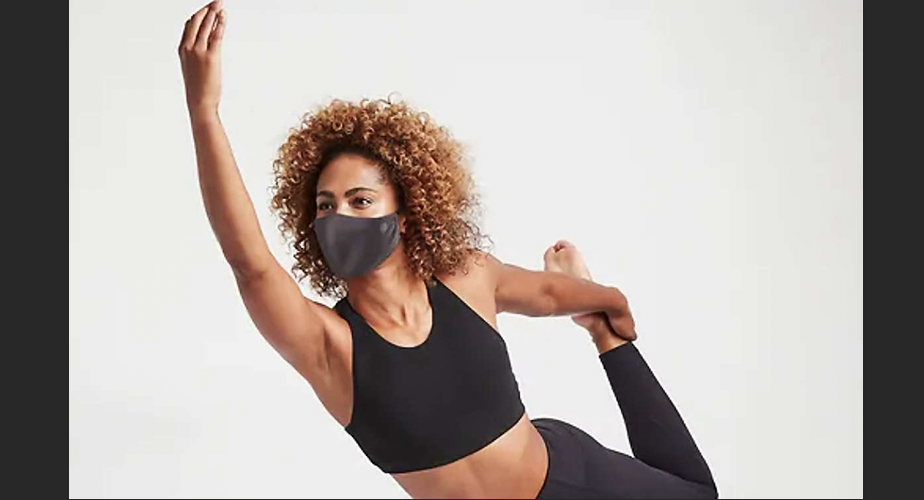 Athleta delivered 35 percent sales growth in the third quarter, with September reaching the highest sales comp in the history of the brand.

“This has continued the evidence that Athleta is on its path to double reaching $2 billion in sales by 2023,” said Sonia Syngal, CEO, Gap Inc., the parent of Athleta, on a conference call with analysts.

Comparable sales were the highest in the brand’s history, up 37 percent, and online contribution remained above 50 percent in the quarter.

“Once again they delivered incredible online growth, supported by investments in digital marketing with traffic and net demand both up approximately 75 percent,” said Syngal. “They’re focused on key growth categories that will help us reach new customers, which is driving a healthy reg price business and productivity gains. And their 1x to 3x inclusive sizing pilot is delivering a strong early read ahead of a full re-launch in January 2021 and will be a major growth driver for us next year.”

Athleta Benefits From Strong Sales Of Face Masks
Sales of masks have also been strong for Athleta and are helping to attract new customers. Syngal said, “Masks have been a great way for many new customers to be introduced to the Athleta brand. Also, it’s a relevant category in that space.”

Athleta opened eight new stores in Q3, including its 200th location. The chain started the year with 190.

Syngal said the strong online penetration of Athleta, which started out as a catalog, is also helping to introduce the brand to new customers during the pandemic. She highlighted a recent ad from Athleta that reached 60 million views.

Gap’s earnings arrived as the company at its Investor Day on October 22 set a goal for Athleta to double sales to $2 billion by 2023 from $1 billion currently.

“Athleta is our fastest growing and most profitable brand,” said Syngal on Gap’s third-quarter conference call. “All of the marketing investments that we’re making are contemplated in that statement, and in our three-year view. While we are leaning into aggressive growth of brand awareness, we’re also really pleased with the profitability of the brand and expect that as it grows that the greater share of the portfolio will impact the overall financial health of the company in a very good way.”

Plans call for opening approximately 100 additional Athleta stores in the U.S. by 2023, or between 20-to-30 a year. Other growth opportunities for Athleta include growth beyond the U.S., forming selective wholesale partnerships and exploring social shopping partnerships.

Company officials also announced plans to expand Old Navy sales to $10 billion by 2023 from $8 billion at the end of 2019. Combined, revenue from Old Navy and Athleta are expected to account for 70 percent of Gap Inc.’s sales by 2023, up from 55 percent at the close of 2019. At 2019’s close, Old Navy represented 49 percent of the company’s sales and Athleta, 6 percent.

Gap Inc.’s Earnings Impacted By Bigger Marketing Investments
Companywide, net sales in the third quarter were flat year-over-year at $4.0 billion, above Wall Street’s consensus estimate of $3.8 billion. The performance reflected a 61 percent increase in online sales, offset by a 20 percent decline in store sales. Forty percent of the company’s sales were online in the third quarter.

Third-quarter comps were up 5 percent, driven by the strength of Gap Inc.’s scaled e-commerce business, which added over 3.4 million new customers during the quarter. The comparable sales calculation reflects online sales and comparable sales days in stores that were open. Among its other banners, comps grew 17 percent at Old Navy, declined 5 percent at Gap and were down 30 percent at Banana Republic.

Gross margin was 40.6 percent, a 160 basis point improvement versus last year due in part to an increased focus on its more-profitable Old Navy and Athleta banners as well as a lower level of promotions. Operating expenses were 36.2 percent of sales, an increase of 270 basis points versus last year, reflecting over 175 basis points in higher marketing investment across all brands and approximately 140 basis points in spending to support health and safety measures in stores. Gap officials shared at its Investor Meeting that it was ramping up marketing efforts to capture share in a “challenged marketplace.”

Looking ahead, Gap said that given the high level of uncertainty in the current environment, particularly recognizing the rising COVID-19 cases in the U.S. and around the globe, specifics on its fourth-quarter guidance would not be provided. Katrina O’Connell, CFO, added, “However, recognizing many aren’t able to enjoy the usual simple pleasures of traveling to see loved ones or attending a concert or sporting event, we believe people are looking more than ever to buy gifts during the holiday season for family and friends.”

Gap said it expects net sales to be equal to or slightly higher than last year; the gross margin rate to be equal to last year reflecting benefits continuing from store closures largely offset by higher shipping expenses; and operating expenses to be between 33 percent and 34 percent of company sales, reflecting the company’s continued investment in brand marketing, as well as the continued COVID-19-related costs. Added O’Connell, “And importantly, cash flow performance should remain strong.”