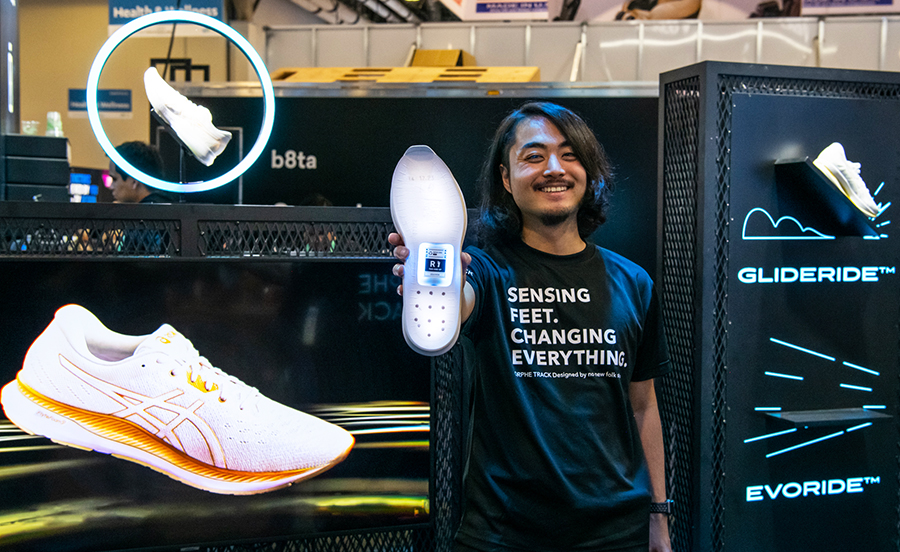 Asics, in conjunction with No New Folk Studio, developed the smart running shoe that gives runners real-time feedback on the changes in footfall during movement. The data is collected by Asics and together with their biomechanics experts at the Asics Institute of Sport Science, are able to analyze and provide runners feedback. A prototype of the smart running shoe was presented by Asics at this year’s CES show. Asics intends to launch the smart shoe this year.

No New Folk Studio Inc. was founded in October 2014 and has conducted multiple proof-of-concept projects with the Asics Institute of Sport Science since 2017 to jointly develop smart shoes that can measure footfall during running and walking. The company won the Grand Prize in the Asics Accelerator Program for startups held last year.

One of the core strategies of Asics medium-term management plan, Asics Growth Plan (AGP) 2020, is enriching consumers’ lives through the use of digital technology. The investment in No New Folk Studio is part of that strategy. Asics plans to continue accelerating its digital growth by promoting the use of sensing technology and data analysis in collaboration with other companies.