Ashworth, Inc. had a tough fiscal second quarter as sales decreases were compounded by a margin hit from the companys

Embroidery and Distribution Center being under-utilized. The company saw growth in its Gekko division as well as in its Outlet Stores. The Outlet Store growth, though, is a bit of a malbono situation as the gain came from new store openings, while comps were well down.  The overriding sales decreases combined with shrinking margins and expanding expenses to cause ASHW to switch to a net loss for the quarter.

Total revenues in the domestic golf channel in the second quarter declined 21.9% to $21.8 million, while the corporate channel saw sales decrease 10.2% to $6.6 million. Management attributed the corporate sales decline to missed sales opportunities due to out of stock positions, particularly in womens lines, on a conference call with analysts. Revenues for the retail distribution channel were $6.4 million, a decrease of 8.5% from last year. Q2 revenues for Gekko Brands, LLC were $9.8 million, an increase of 20.8% over the second quarter 2006, primarily due to higher revenues in the collegiate bookstore channel. Revenues from the company-owned stores were $2.6 million, an increase of 3.3% over second quarter 2006. This growth came from $0.6 million in sales attributable to new stores opened during the last year. Comparable store sales dropped 16.9% for the second quarter. 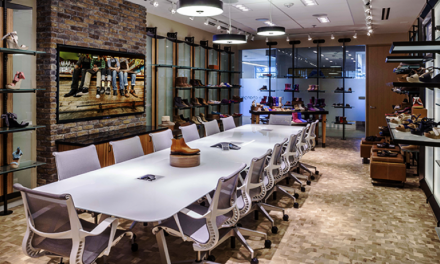