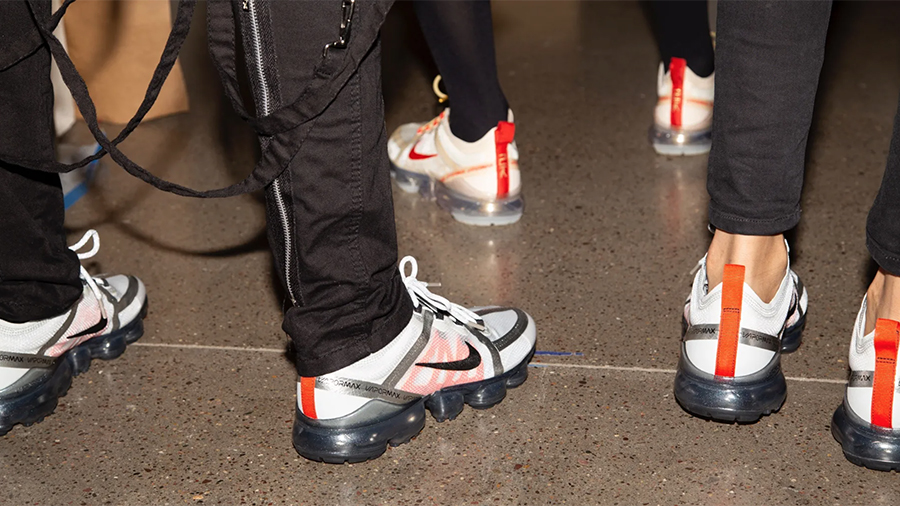 Nike’s shares catapulted $20.75, or 15.5 percent, to $154.35 on Friday after the sneaker giant reported earnings came in well above Wall Street’s targets for the quarter ended May 31 and issued bullish growth targets over the next four years through FY25. Analysts roundly hiked their price targets, with many seeing the strong performance as evidence that Nike’s digital transformation is gaining traction.

Highlights of Q421 results include:

The following is a synopsis of analyst views on the quarter and Nike’s outlook. 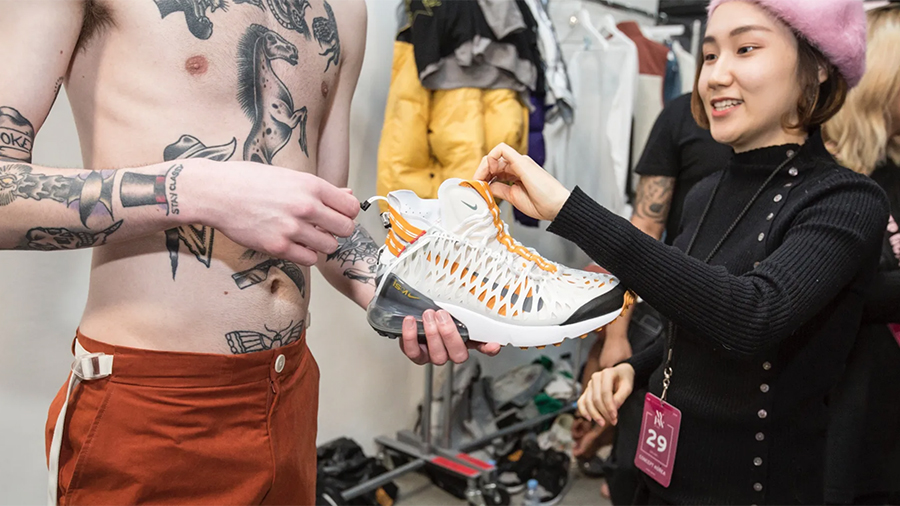 Lead analyst Jim Duffy wrote, “We are encouraged to see NIKE punch through the mid-teens EBIT margin glass ceiling, and the multi-year view to FY25 is an affirmation of our thesis on business model transformation to a higher margin, higher return model. Relative to pre-COVID levels, multi-year guidance confirms that more direct engagement with consumers is accelerating growth (to HSD/LDD from +HSD prior), improving gross margin (3pts+ to high-40 percent vs. low <45 percent FY19) and delivering SG&A leverage (1pt.+ demand creation, additional from OH vs. FY19), and accelerating EPS (mid/high-teens vs. mid-teens). With confirmation benefits from the higher margin, higher return model are materializing in the P&L. We see NIKE deserving of a higher multiple.”

Poser also wrote that its four-year outlook implies FY25 revenue of $65B and EPS in the $7 range. He said the Q421 results and forward guidance “reflect a new focus using its SG&A, selling expenses and overhead spending, to strengthen NKE’s brands over the long term while driving, through Digital, near term momentum. Through its ‘Consumer Direct Offense,’ the Nike, Jordan and Converse brands will continue to strengthen, margins will continue to expand, NKE will continue to take share and separate itself from its competition and more undifferentiated retailers are at risk of losing the NKE brands.” 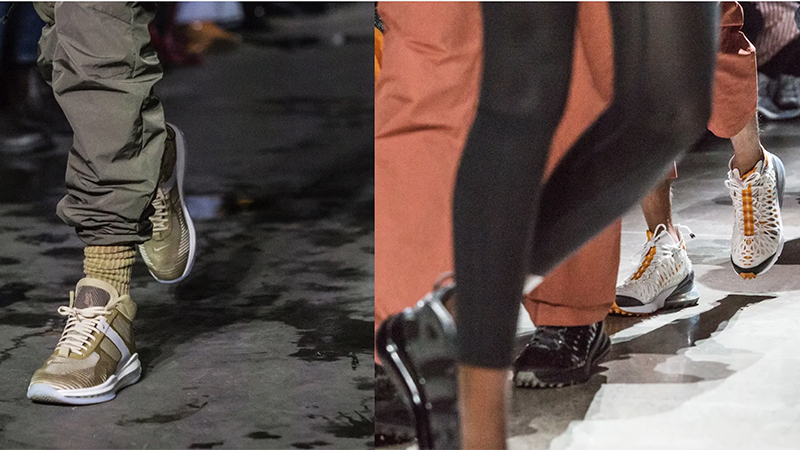 »RBC Raises Price Target On Nike To $183
RBC raised its price target on Nike’s shares to $183 from $165 and retired its “Outperform” rating.

In a note, lead analyst Beth Reed called out its strong Q4 results and accelerated growth outlook driven by digital, women’s, apparel, Jordan, and international. She wrote, “Importantly, the company plans to grow direct to 60 percent of sales by FY25 (vs. 40 percent currently), which coupled with digital penetration targeted at 50 percent, points to GMs (gross margins) advancing to the high 40s with EBIT margins in the high-teens. It is clear that the compounding earnings growth story still has plenty of runway ahead.”

Lead analyst Jonathan Komp highlighted “encouraging strength” across North America, EMEA, and Digital combined with a “much better-than-feared update” on Greater China. He noted that North America grew 29 percent against Q419, led by digital growth of 177 percent. EMEA sales grew 21 versus Q419 as pent-up demand in May offset store closures during March and April. Greater China increased 9 percent on a currency-neutral basis as a “sharp fall-off” in late March was followed by improvement in May and June and an encouraging Tmall event for the June 18 festival.

Komp wrote, “We maintain our positive view of NKE’s transformation to a DTC/digital-led organization which has driven customer engagement, elevated brand positioning and supported margin expansion with meaningful runway remaining. We expect NKE’s accelerated shift to a digital-led positioning supports visibility to a positive multi-year earnings outlook and return opportunity.”

“Management’s confidence is hitting an inflection, and Q4 results (particularly in North America and EMEA) indicate the digitally-driven acceleration in the financial model,” wrote lead analyst John Kernan. “We see a path to a $300B market cap and $7+ in EPS as Nike’s Consumer Direct Offense creates an inflection for both the Nike and Jordan brands. Upside in Q4 was largely driven by North America.”

Kernan said the new long-term targets through FY25 reflect management’s confidence in its brand portfolio (Nike, Jordan and Converse). He also noted that the growth is expected to be fueled by secular trends favoring health & wellness, digital and a return to sport. The analyst said the FY22 guidance was “better than feared,” with growth expected to be driven by digital and continued scaling of physical store concepts and growth of strategic partnerships. Kernan wrote, “Greater China grew +13.9 percent on a two-year basis in Q4, a sequential deceleration from +43.5 percent in Q3:21, but management reports that region is showing sequential improvement from a trough in April and remains confident in China opportunity long-term.”

»Morgan Stanley Raises Nike’s Price Target To $214
Morgan Stanley raised its price target to $214 from $185 due to better-than-expected Q421 and FY21 results, the improved outlook for 2022 and the following three years, and updated EBIT margin assumptions.

She noted that the strong showing came despite several expectations of an EPS miss on “well-flagged headwind in its historically fastest topline growing and highest EBIT margin geography, Greater China.”

Beyond Nike’s transition from a wholesaler to a digitally-driven DTC-brand, Greenberger’s “Overweight” rating reflects the fact that Nike stands to benefit from advancing global consumer activewear demand due to the work-from-home shift and increased focus on health & wellness.