An Interview with Mark Held, General Secretary of the EOG

As an international representative of the
outdoor industry, the European Outdoor Group (EOG) has worked to safeguard its
interests since 2003. Mark Held, General Secretary of the EOG,
recently conducted an interview on the OutDoor, Messe Friedrichshafen trade show, and the responsibility of the sector in
terms of environmental protection.

Mr. Held, the EOG and Messe
Friedrichshafen enjoy a good partnership. A lot has happened since its early
days. How would you say has the cooperation developed over the years?
Mark Held: It
all started four years ago. Back then, the decision was made that the OutDoor
should be hosted in Friedrichshafen
until at least 2008. The EOG is owner of the rights to the OutDoor show. Messe
Friedrichshafen is our cooperation partner, so they organise and host the
OutDoor show on behalf of the EOG. The cooperation is, of course, governed by
formal contracts. On a day to day basis, however, it is characterised by a shared
desire to make the OutDoor even more successful. The Project Team of Messe
Friedrichshafen is very lively and our cooperation is defined by enjoyment of
our work. And I think you can feel this enjoyment in the atmosphere at the
fair.
What is so special about Friedrichshafen as a trade
fair venue?
Mark Held: Most
international trade fairs are held in large cities so I suppose the key
differentiator for Friedrichshafen
is its country setting. This gives the show a special character, and the
ambience of the holiday destination has an impact on everything to do with, and
at, the OutDoor.
At the OutDoor 2006, the EOG
introduced its “EOG Association for Conservation” initiative to fund projects
geared to preserving the nature. What are the developments here?
Mark Held: The
EOGs “Association for Conservation” is a major initiative for the outdoor
industry. After all, the sector makes its living from peoples enjoyment of the
natural environment, so who better than us to raise money to protect and
preserve it? It was hard work at first but Im pleased to say that the industry
has embraced the initiative quite enthusiastically. Not only were we able to
reach our target of raising 150,000 Euro in the first year, we even managed to
exceed it. The first five specific projects to be funded will be announced at
the OutDoor 2007. Protecting and preserving untouched nature is an issue that
concerns anyone working in the outdoor industry, which is why the “EOG
Association for Conservation” welcomes any company involved in this sector.
The OutDoor in particular gives
you the opportunity to promote the initiative to many exhibitors. How will you
present the environmental protection initiative at the OutDoor 2007?
Mark Held: We
have lots of things planned. First of all, we will have an exhibition booth
just outside hall A1, West Entrance, where details of the initiative and of
specific projects will be provided. Then on the second day, we will be hosting
an open meeting where the first projects will be announced. At the Open-Air Movie
Night, we will be hosting a showing of Al Gores “An Inconvenient Truth”, which
deals with the issue of global warming. 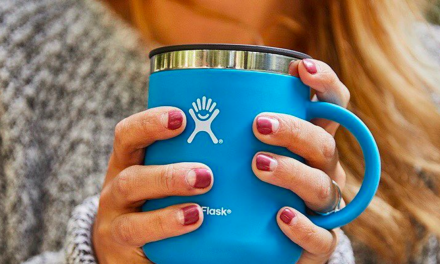