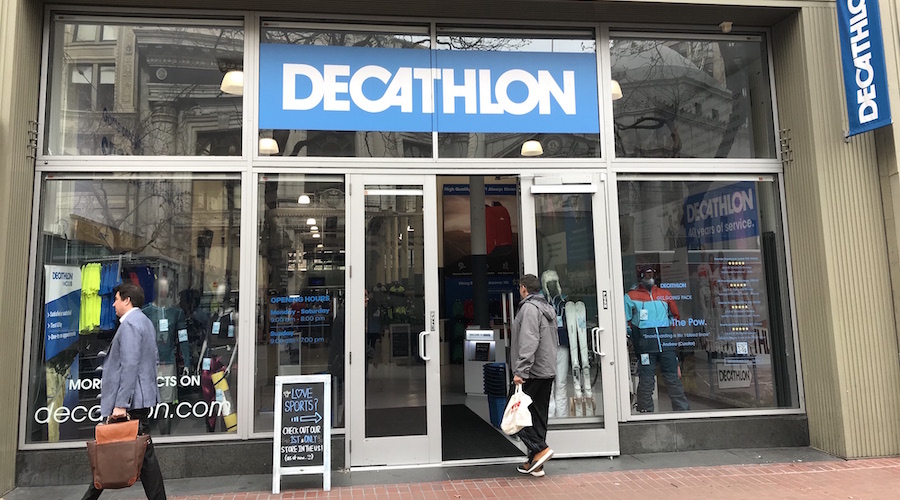 Adidas announced that production at the two Speedfactories in Ansbach, Germany, and Atlanta, GA, will be discontinued as of April 2020.

Alpacka Raft, the maker of packrafts, announced the appointment of Emily Ledergerber as director of marketing.

Alterra Mountain Co. on Wednesday announced that it has entered into an agreement to purchase Sugarbush Resort in Vermont, which will bring the company’s total to 15 destinations throughout North America.

Todd Dalhausser, president of Altra Running, will be one of the keynote speakers at the 2020 Running USA Industry Conference presented by Race Roster.

Asics announced five growth-stage start-ups selected from around the world to be part of the global Asics Tenkan-Ten accelerator program.

Caleres announced the opening of a new Famous Footwear flagship store at 34th Street and Broadway in New York City on Friday, November 15.

Decathlon is set to open its newest brick-and-mortar store in the Bay Area. The new store is located in the Potrero Center shopping mall at the corner of 16th Street and Bryant Street.

Descente Mountain Americas in a letter to dealers indicated it will not take orders for 2020/21, and Descente Ltd. will be pursuing a distributor format for the future in North America.

Dick’s Sporting Goods announced a preview of its Black Friday Doorbusters, holiday hours and conveniences for busy shoppers, while also releasing the trailer for the Company’s holiday TV spot.

Dillard’s Inc. reported earnings fell 25.7 percent in the third quarter but came in well ahead of Wall Street’s expectations. Same-store sales were flat.

Duluth Holdings Inc. (dba, Duluth Trading Co.) on Thursday announced the grand openings of its 60th store in Franklin, TN, and its 61st store in Knoxville, TN, marking the retailer’s entrance into Tennessee.

Sleep fitness company Eight Sleep has raised $40 million in funding led by Founders Fund with participation from other investors.

The FishAmerica Foundation, in conjunction with the Brunswick Public Foundation, has selected four grassroots organizations that are working to improve water quality and aquatic habitat for funding under this cooperative partnership.

The French Tennis Federation (FFT) and Wilson Sporting Goods entered into a new five-year partnership for Roland-Garros and the FFT.

Global Sales Guys, the Denver based global sales agency, announced that it is teaming up with outdoor industry veteran, Sasha Dietschi-Cooper.

ImPACT Applications and SportsEngine are partnering to help expand the availability of ImPACT baseline testing to help identify and manage youth concussions.

J. C. Penney Company Inc. reported a loss that was lower than expected in the third quarter and raised its guidance for EBITDA for the year. Same-store sales were down 6.6 percent.

Mayfly Outdoors, the manufacturer of premium fly-fishing products, announced that it completed its acquisition of international fly line manufacturer, Airflo.

Helped by improved profitability in the Americas region, Mizuno reported net income rose 21.7 percent in the half despite a 1.7 percent sales decline.

The six-month summer season that tracks from May through October for mountain destinations, finished with lackluster results and the softest aggregated summer occupancy figures in a decade.

Native Watercraft and Liquidlogic Kayaks, together with Bonafide Kayaks, announced the merger of their businesses. Bonafide Kayaks founder Luther Cifers will serve the combined business as president.

Federal prosecutors on Wednesday dropped two counts of conspiracy against Michael Avenatti from the Nike case, which was first made public in March, according to a superseding indictment filed in federal court in Manhattan.

Buffalo-based OnCore Golf Technology, Inc. announced that John Calabria has been named the firm’s senior technical advisor and has taken on an expanded leadership role in the company’s development, design, and manufacture of best-in-class golf balls.

Orvis, the Vermont-based retailer that specializes in high-end fly fishing equipment, leaked hundreds of internal passwords on Pastebin.com for several weeks last month, according to KrebsOnSecurity.

The Italian luxury-goods house Prada and Adidas have joined forces to start a new collaborative journey.

For the first time in its 81-year history, REI Co-op will open four new stores in a single day on November 15. Locations are in Farmington, UT; Huntsville, AL; Oklahoma City and Williston, VT.

The U.S. Supreme Court on Tuesday declined to hear an appeal on a lawsuit against Remington Arms Co., effectively allowing the families of victims of the 2012 Sandy Hook Elementary School shooting in Newtown, CT, to sue Remington.

Silva, makers of compasses and headlamps, has consolidated its sales and distribution efforts in the United States.

The Spanish FA (RFEF) confirmed a new kit deal with Adidas to remain as the official kit supplier for the Spanish national team.

Summit Golf Brands (SGB) announced a partnership between the company and Michael Barry.

Thule appointed Jonas Lindqvist as chief financial officer and member of Group Management in Thule Group, based out of the Group Headquarters in Malmö, Sweden.

Under Armour Inc. issued a statement in response to a Wall Street Journal article, maintaining that its accounting practices have been “entirely appropriate.”

Standard & Poors (S&P) affirmed the debt ratings of Under Armour as the firm’s credit metrics have improved as a result of reduced restructuring costs, driving EBITDA margin expansion and higher cash flow generation.

USA Cycling published the first three stories on their newly launched storytelling platform, In Our Own Words.

USA Triathlon (USAT) announced a partnership with Descente, based in Japan, to become USAT’s Official Outerwear Supplier for the next four years.

Volcom signed an agreement to become the official apparel sponsor of the U.S. Snowboard team. Volcom will replace Burton.

Wrangler, which is part of Kontoor Brands, announced the expansion of its outdoor apparel line with the launch of All Terrain Gear (ATG) by Wrangler.