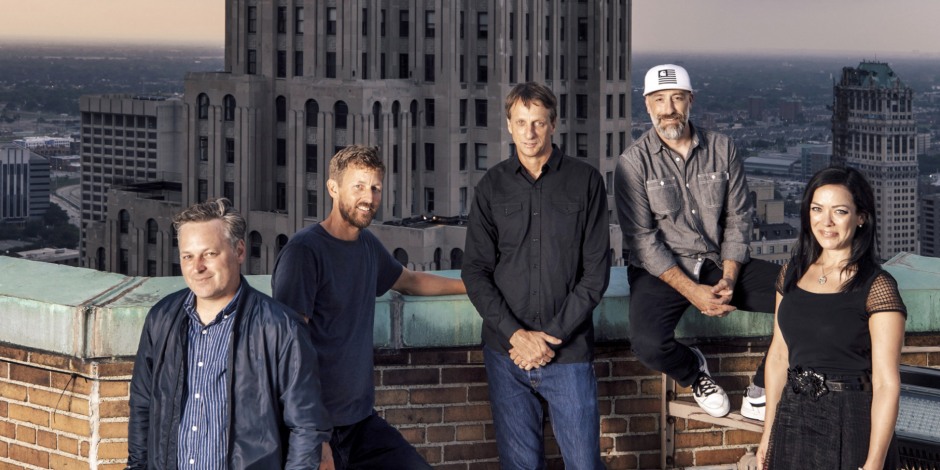 The North Face on Friday opened a first of its kind retail experience, The North Face Prototype, in the Williamsburg neighborhood of Brooklyn, NY. This space represents the next phase in the brand’s retail offering with a focus on a curated customer experience and expansion of its lifestyle business to support explorers on the mountain or in the city.

Retail sales in October increased 0.4 percent over September on a seasonally adjusted basis and were up 5.6 percent year-over-year unadjusted, according to calculations released by the National Retail Federation.

Roka Sports Inc., the Austin, TX-based company best known for its technical sunglasses, announced the launch of its own direct to consumer e-commerce site and direct fulfillment in Europe.

Bodyarmor, the sports drink, announced that the brand will become the Official Sports Drink of NCAA championships, including March Madness, beginning in 2019.

Nike announced a 10 percent increase in its quarterly dividend. Said Mark Parker, chairman, president and CEO of Nike Inc. “This is our 17th consecutive year of increasing dividend payouts, and combined with the new four-year $15 billion share repurchase program announced this summer, this commitment shows our continued confidence in Nike’s ability to deliver sustainable, profitable, capital-efficient growth over the long-term.”

Hyperice Inc., known for its recovery devices, announced its partnership with popular video gamer and NFL wide receiver, JuJu Smith-Schuster, as part of its quest to advance health and wellness within the eSports community.

Newton Running announced that it will be supporting National Runner’s Safety month with a focus on women’s safety.

Dainese has announced that Lindsey Vonn is now a member of the Dainese D-air ski team. Vonn has been key in testing and developing the D-air system behind the scenes since the 2017/2018 season, and will now be wearing the D-air airbag vest in the World Cup.

The Chicago Cubs are partnering with Swagtron as the team’s official electric bike, scooter, skateboard and hoverboard for the 2019 season.

VF Corp. received cash proceeds of $139.4 million from the sale of Reef to The Rockport Group, according to VF’s third quarter report filed with the Securities & Exchange Commission.

Cura Cannabis Solutions, a provider of cannabis oil to both consumers and premium edible brands, has hired Ron Parham, a former VP at Columbia Sportswear, as VP investor relations.

JCPenney lowered its sales outlook after reporting a shortfall in revenues in the third quarter. The department store also withdrew its guidance for earnings due to the hiring of a new CEO and an interim CFO.

Arena announced that it has signed World Championship medalist Farida Osman in a sponsorship deal that runs through to the 2020 Tokyo Olympics.

Columbia Sportswear Co. on Wednesday announced that in response to the deadly fires in California, it will donate $20,000 to the California Community Foundation’s Wildfire Relief Fund to support relief efforts tied to the California wildfires.

Athletes across 10 alternative sports are teaming up to build Deeds Alone, a digital hub for fans and consumers that will launch at the end of January 2019.

As millions of Americans gear up to spend Black Friday outdoors with friends and family, REI Co-op and The Trust for Public Land have unveiled the Urban Outdoor Access Analysis: a list of the 50 top large cities to #OptOutside.

Modell’s Sporting Goods is reopening its Granite Run location in the Promenade at Granite Run in Media, PA. This will bring Modell’s total store count to 156 locations.

Vail Resorts Inc. on Wednesday announced that Epic Pass holders will now receive seven days of skiing or snowboarding with no blackout dates at Les 3 Vallees, France and Skirama Dolomiti in a long-term alliance beginning with 2018-19 winter season.

Ikon Pass has announced Coronet Peak, The Remarkables and Mt Hutt on New Zealand’s South Island as its newest partners, now offering access to nearly 82,000 acres at 38 mountain destinations across the planet.

BSN Sports, a division of Varsity Brands, announced that it has finalized the acquisition of Mountain Mesa Sports Inc., dba B&H Sports, based in Grand Junction, CO.

REI Co-op is opening its first location in the state of Oklahoma, bringing a wide assortment of quality gear and expertise for the region’s most popular activities to Oklahoma City in fall 2019.

Vail Resorts Inc. on Tuesday took major steps in its “Commitment to Zero,” as the company announced a long-term wind energy contract to purchase the equivalent amount of electricity needed to power 100 percent of its estimated FY 2019 North American operations by 2020

Globe Life will be the title sponsor for the 2018 Conference USA Football Championship.

The world famous Harlem Globetrotters and Champion Athleticwear announced a landmark global partnership that will make Champion the Official Uniform and Apparel Provider of the Globetrotters, and will include a new, re-imagined Globetrotters uniform.

Amazon announced that it has selected New York City and Arlington, VA, as the locations for the company’s new headquarters.

Nike Vision on Tuesday announced it has teamed up again with two-time NBA Finals MVP and back-to-back World Champion Kevin Durant for his 2018 KD Eyewear Collection.

Crocs Inc. on Tuesday announced a cast of fresh faces for the third year of its “Come As You Are” global marketing campaign.

Elan Skis, handcrafted skis 100 percent made in the Alps for more than 70 years, has announced that longtime Elan athlete and ski industry legend Glen Plake is officially bringing back the Down Home Tour to small ski areas across the U.S. this 2018/19 winter season.

The Pac-12 Conference announced a multi-year partnership with Nike to make Nike the official athletic apparel partner and athletic footwear partner of the Conference and all Pac-12 championship events.

Singles Day, essentially China’s Black Friday, on Sunday again broke records as Alibaba racked up more than $30.8 billion in the 24-hour shopping event, up nearly 27 percent year-on-year. Nike and Adidas were among the 237 brands seeing more than RMB100 million ($14.4 million) in sales for Alibaba on the day.

Mizuno Corp. operating profits declined 9.5 percent in the first half ended September 30 as a slight improvement in gross margins couldn’t offset the drag from a 5.3 percent in sales. The Americas region returned to profitability.

Evo, the action sports and outdoor retailer, announced the completion of its purchase of Whistler Village Sports Ltd. and their five retail locations in Whistler, British Columbia.

Employees at Adidas’ North American headquarters in Portland, OR, are openly expressing frustration about the lack of opportunities for minorities, particularly African-Americans, at the firm, according to an article from Footwear News.

Rabbit, the running apparel brand based in Santa Barbara, is sending five sponsored athletes to the 2020 Olympic Marathon Trials.

According to the 2018 National Runner Survey Results from Running USA, baby boomers are more likely to participate in the same running events year after year, while millennials are looking for a unique event experience and less likely to repeat their participation.