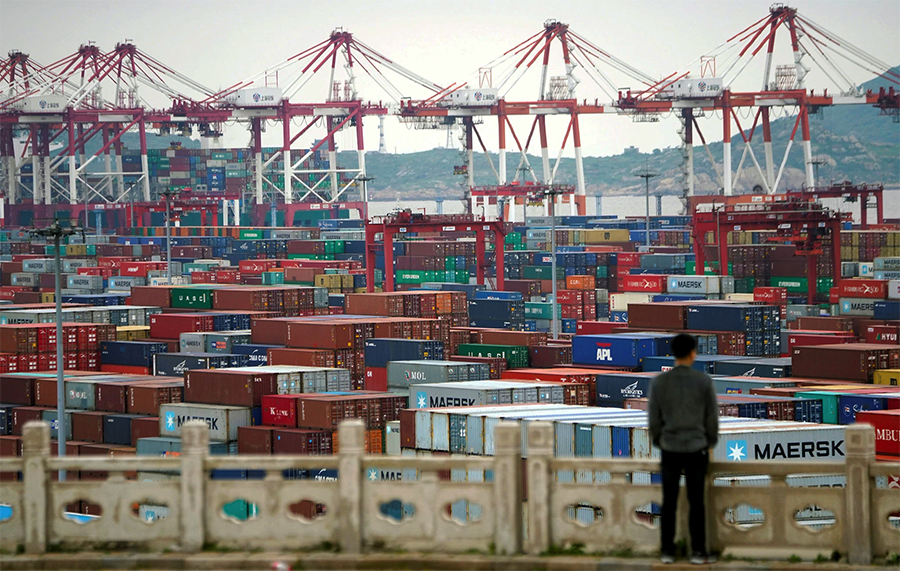 Industry and retail trade organizations reacted quickly to criticize President Trump‘s plans for a new 10 percent tariff on $300 billion of Chinese imports, taking effect on September 1, 2019. These tariffs will target “List 4” products—products including footwear and apparel that have not previously been subject to tariff increases.

In a statement, Tim Boyle, president and CEO of Columbia Sportswear Co., decried President Trump’s plans for a new 10 percent tariff on $300 billion of Chinese imports. He said in part, “We’ve been fortunate to have a strong economy for the past decade. Let’s not tank the economy with the misguided conception that trade wars are fun.”

Another shot was fired in the ongoing ski area pass wars with the Friday announcement that Ikon Pass has added Arapahoe Basin Ski Area—which only a few months ago split from Vail Resorts’ Epic Pass—for the 2019/20 season.

Ventum, the maker of performance racing bicycles and the Official Global Bike Partner of Ironman, announced that it has raised a round of funding and that it is moving to Heber City, UT.

Augusta Sportswear, a leader in sports apparel, uniforms and accessories, announced that it has acquired Pacific Headwear, a privately held company based in Coburg, OR. The terms of the agreement were not announced.

GoPro Inc. reported revenue for the second quarter of $292 million, up 3 percent from the year-ago quarter and ahead of analysts’ estimates by $9.9 million. The company reported non-GAAP net income of $4 million, or 3 cents per share, up $25 million year-over-year but shy of Wall Street estimates by 1 cent.

Gildan Activewear Inc. reported earnings on an adjusted basis grew 3.1 percent in the second quarter as sales increased 5 percent. The guidance was reaffirmed for the year.

Birkenstock Americas announced that it has opened its second company-owned retail store in the United States. The location is in Venice Beach, CA.

HanesBrands voluntarily disclosed the company’s carbon emissions and related information for the CDP 2019 Climate Change Report for the 10th year.

Technogym has been selected to create the training center for the Pan Am Games in Lima.

The Basketball Africa League (BAL) announced Nike and Jordan Brand will be the exclusive outfitter of the new professional league featuring 12 club teams from across Africa and scheduled to begin to play in March 2020.

Fox Factory Holding Corp. raised its guidance for the fiscal year of 2019 after reporting sales for the second quarter ended June 28 of $192.1 million, up 22.5 percent from $156.8 million in the same period last fiscal year.

Sterling Rope Co. and parent company Sherrill Inc. signed the United States Department of Interior’s “Pledge to America’s Workers” with the goal of adding 20-to-30 production and office staff in the next five years at Sterling’s Biddeford, ME, production facility.

About 11,560 (also including 1,800 sold in Canada) Trek Kickster kids bikes are being recalled.

According to a release from the U.S. Consumer Product Safety Commission, Britax‘s modified thru-bolt axles for use with BOB Jogging Strollers are being recalled.

Adidas will replace Nike as the kit sponsor of Boca Juniors beginning in 2020 in a ten-year deal.

Jofit, the maker of women’s golf, tennis and fitness apparel, signed on as the official apparel sponsor of Team USA in the 2019 Solheim Cup.

Newell Brands appointed Ravi Saligram as president and CEO, and a member of the Newell Brands board of directors, effective October 2.

Montane appointed Matt Hickman as global marketing manager where he will be responsible for the delivery of the brand’s marketing strategy and e-commerce goals.

Under Armour CEO Kevin Plank took to Instagram and one of the brand’s top endorsers, NBA star Stephen Curry, took to Twitter over the weekend to defend Under Armour’s hometown of Baltimore after President Trump attacked the city and its congressional representative, Elijah Cummings.

Zumiez Inc. appointed Liliana Gil Valletta to the company’s board of directors.

Professional Tennis Registry (PTR) on July 28 announced the passing of its founder, former chairman and president, Dennis Van der Meer. He was 86.

Compass Diversified Holdings announced that Larry L. Enterline has been appointed to the board of directors.

USA Basketball unveiled a collaborative and expanded USA Women’s National Team program and training plan that will benefit the growth of women’s basketball across the nation and has the support of the WNBA and, most importantly, the backing of the members of the USA National Team.

Outdoor Voices will open a flagship store in Austin in the former RunTex location at Lake Austin Boulevard and MoPac Expressway.

EBay is introducing Managed Delivery, a cost-effective fulfillment service that will enable sellers with high-volume inventory to meet rising consumer expectations while reducing cost and complexity.