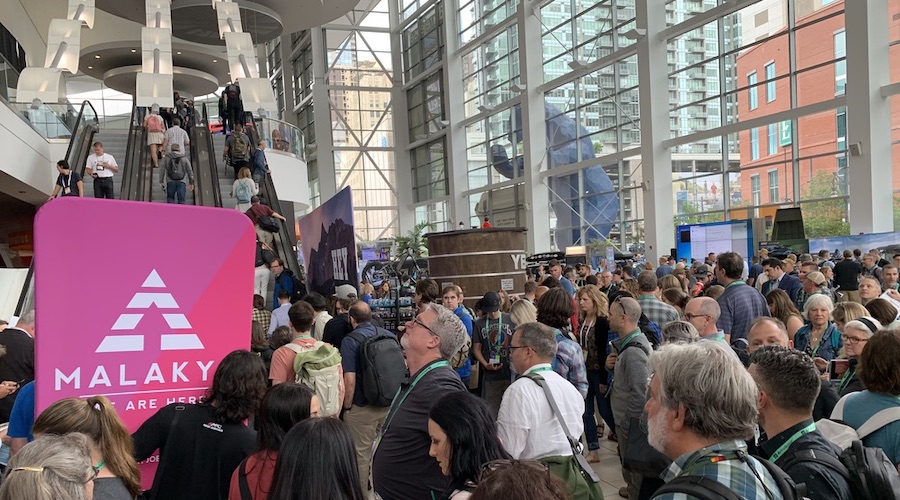 Emerald Expositions Events Inc. continues to beat the drum about Outdoor Retailer’s three-show cycle, which still has its doubters.

During Thursday’s earnings call with analysts to discuss the company’s overall Q2 performance, Emerald’s recently appointed President and CEO Sally Shankland along with CFO Phil Evans provided some color around the “cadence” of Outdoor Retailer.

The signals they sent were mixed, but neither indicated that anything will change with the current format of Snow Show in January, Summer Market in June and Winter Market in November—all at the Colorado Convention Center in Denver.

Evans, who held the interim president and CEO tag after David Loechner resigned last November and before Shankland came on board in May, spoke the most about the outdoor industry’s largest series of events.

First, he commented on the performance of the Outdoor Retailer Summer Market, which occurred in June. He said that while its move to June from July helped make the second quarter Emerald’s largest, the event’s revenues were stagnant compared to 2018.

“Outdoor Retailer Summer Market, our largest show in the quarter, was flat in revenues with slight growth in booth revenues offset by lower commissions and other non-booth revenue streams,” Evans said.

Evans also touched on Winter Market, which will be held November 5-7 and marks only the second time OR has hosted the event in that timeframe and in Denver. Last year’s Winter Market was slow, with many exhibitors lauding the timing within the buying season calendar but lamenting the show’s lack of buyers and overall lack of energy.

“The outdoor industry is taking some time to adapt to the three-show cadence despite the original request from key industry influencers and strong industry support for the show to be held at the start of the winter buying season,” Evans said. “We continue to consult with the industry; however, we’ve moderated our expectations for this year’s show based on current pacing trends.”

During the Q&A session with analysts, Evans commented further on Winter Market. He said the company is trying to build momentum for the show, but the perception among some in the industry is that a third OR isn’t necessary, which belies the market research Emerald conducted before adding it.

Also, as he and others have been quick to point out, the number of shows isn’t different than before, only who owns what and when and where they’re held. Just two years ago, Snowsports Industries America owned and operated January’s Snow Show, which was (and continues to be) held in Denver, while Outdoor Retailer owned and operated Winter Market and Summer Market, which were held in Salt Lake City, UT, in January and June, respectively.

When Emerald decided to host all three shows in Denver, it also moved Winter Market to November to spread the events out. The shift has caused some confusion in the industry.

“OR historically had two very strong kinds of almost tribal shows in January and summer—well-supported, vibrant shows,” Evans said. “And the industry strongly indicated a desire for an earlier winter season show. And we listened to the industry, and that led to the introduction of our first winter show in November last year.

“It wasn’t as well-supported as we wanted, and that doesn’t help when you have a launch and you’d like to see some momentum. That said, some of the industry leaders showed support for the second event, which is this November. But … it seems to be taking time for the industry to adopt this new show into the cycle. So we will continue to listen to the industry, work with the industry associations and come up with the best solution.”

Those comments echo what Evans said on previous earnings calls when he was leading Emerald on an interim basis. On November 2, right before Winter Market’s Denver and November debut, Evans noted that softness in that event’s bookings was part of the reason Emerald was lowering organic growth revenue expectations for the year.

“…With the reduction in our expectations for the new Outdoor Retailer November show and the deferral of two planned [trade show] launches, we’re now expecting to be slightly below the lower end of those guidance ranges with the year largely complete,” Evans said on an earnings call, acknowledging that the show was receiving mixed reviews leading up to it.

And then, during the Q4 2018 earnings call in February, which fell a couple of weeks after the 2019 Snow Show concluded, Evans said the company’s overall assessment of the three OR shows this year was upbeat, primarily because it went from two shows in 2018 (the transition year to the new cycle) to three shows in 2019.

“We expect the three [2019] Outdoor Retailer shows to be slightly positive in revenue in aggregate versus 2018, as the prior year included the large single winter event in January 2018 and also benefited from the new November event,” he said on the February call. “It’s encouraging that we’ve received early orders for the November 2019 show from several influential brands, including Patagonia and The North Face, neither of whom participated in the inaugural 2018 event.”

He commented further during the May earnings call. When asked if there were any “drastic” measures Emerald would consider around divestitures or canceling of more shows (Emerald had killed Interbike for 2019), Evans said, “the short answer is no.”

“We haven’t had discussions other than clearly we review the performance of individual shows and industries … ,” he said at the time, which was a week or so before Shankland was named CEO. “We’re partway through a more detailed strategy exercise in anticipation of the [new] CEO coming in to really explain the positions we have, the opportunities we see. Once we get through that process and the CEO joins, I can’t say that we wouldn’t choose to invest in certain areas … and not in other areas. But we certainly have no plan at the moment.”

“There’s Winter Market and there’s Snow Show. Both have existed for nearly 30 years and serve their distinct markets—outdoor and snowsports,” Nicholson wrote. “They are now in the timeframes that both industries have asked for, based on our research in 2016 and the conversations that followed. Winter Market and Summer Market are at the beginning of the sales cycle for the outdoor industry and Snow Show is after the Martin Luther King Jr. Day holiday weekend.”

Shankland, who was overseeing her first earnings call since joining the company in May, didn’t speak directly about OR but instead shed some light on Emerald’s overall view of its many trade shows across industries and geographies. But she did answer a broad question about Emerald taking underperforming shows—not necessarily OR but any of the dozens the company owns—”out of the rotation.”

“I think that’s an important question and one that I can’t answer yet,” she said. “But, yes, as we develop our longer-term strategic plan, that will be absolutely one of the things we’re looking at. I think mostly we are in really good places, and we’re doing things that will make all ships rise with the rising tide. But that does not mean that we’re forever going to hold onto everything we have that maybe doesn’t fit with directions we start moving in the future.”

She closed her comments with a nod toward Emerald’s sluggish quarter and lowered revenue and earnings expectations, adding that she and the company are laser-focused on returning to profitability.

“I believe with great confidence that we can right this ship,” she said. “We’re focused on execution and investment, on having the right team, on creating value for customers and improving our employee value proposition, because we believe that those things together provide us with the rigor, the discipline, the data, the tools, the people and the strategy we need to turn this around.”