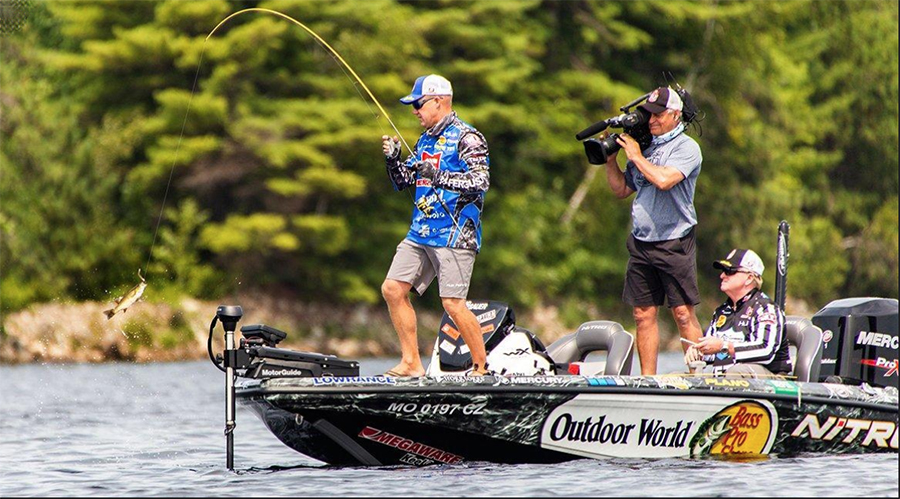 Standard & Poor’s Corp. revised its outlook on the debt ratings of Bass Pro Group to stable from positive following Bass Pro’s release of second-quarter and first-half results that were below the company’s expectations. The rating agency affirmed all ratings, including the ‘B+’ issuer credit rating.

According to Golf Datatech, golf rounds played in the U.S. dipped slightly in July, down 0.1 percent compared to the same month last year.

Vasque footwear announced major growth within its marketing department and the addition of two new positions to the team—community management specialist and marketing coordinator.

Gap Inc., following the completion of the planned spin-off of Old Navy, the new public company, currently referred to as NewCo, will retain the Gap Inc. name.

Over 200 American footwear companies came together and sent a letter to President Trump asking that he cancel his proposed higher taxes on American shoe customers set to take effect on Sunday. The letter was signed by both small and independent shoe stores and larger footwear brands and retailers.

Kitsbow, the cycling clothing and accessories producer, will relocate its manufacturing plant to a new facility near Asheville, NC, scheduled to open before the end of 2019. The company plans to earn 95 percent of its revenue from products made onshore by 2021.

RYU Apparel Inc. reported revenue in the second quarter of 2019 was Canadian $1.5 million, 31 percent higher than the same period in 2018.

Tegra, an apparel manufacturing and supply chain provider, announced the company’s next phase of capacity and capability expansion in the Western Hemisphere with recently completed projects in the U.S. and Central America.

BSN Sports and Under Armour announced recipients of the inaugural Women of Will (WOW) Hall of Fame Awards.

The Americans for Free Trade Coalition—which includes Outdoor Industry Association, Snowsports Industries America, Sports & Fitness Industry Association and many others— sent an “urgent request” to President Trump that he “postpone all tariff rate increases on Chinese goods that are scheduled to take effect this year.”

Oakley announced a four-year partnership with the National Football League, becoming an official on-field partner and licensee of the NFL.

Nike Inc. and the U.S. Olympic & Paralympic Committee released “Coaching Girls,” an expansion of the How to Coach Kids offering for volunteer youth coaches, designed to create a culture that makes sports fun for girls.

Sports Engineering Inc. (SEI), the exclusive licensee of SmartSpring technologies, announced the appointment of former LA Laker Keith Erickson to its advisory board.

Fox Factory Holding Corp. announced that Zvi Glasman will resign November 1 as CFO after more than 10 years with the company, to pursue other interests.

5.11 Tactical, the maker of tactical apparel and gear, appointed Felipe Zardo to senior vice president and general manager of the omnichannel retail.

Rally Health survey finds 60 percent of Americans feel re-energized during the seasonal transition from summer to fall and view it as an opportunity to reset their health goals they let fall by the wayside during summer.

Move It Fitness, which describes itself as “the Next Peloton of Asia,” has just completed another round of fundraising.

According to the annual High School Athletics Participation Survey conducted by the National Federation of State High School Associations (NFHS), participation in high school sports declined in 2018-19 for the first time in 30 years.

Tender Corporation, the parent of After Bite, Adventure Medical Kits and Ben’s, hired Garrett Cox as head of marketing.

Footaction launched the No 1 Way Design Program, an open call for recent graduates of, or current students at, the 85+ historically Black Colleges and Universities across the country.

The National Lacrosse League announced that Jessica Berman has been named deputy commissioner and EVP of business affairs.

Cole Haan, acquired in 2013 by private equity firm Apax Partners from Nike Inc., has confirmed that it’s preparing for an initial public offering.

Anta Sports Products Ltd. reported net earnings rose 27.7 in the first half as sales grew more than 40 percent. Ding Shizhong, chairman of the board and CEO of Anta Group, said, “In the first half of 2019, the company maintained high growth in its performance due to the goodwill of Anta brand, Fila brand and other brands.”

Life Fitness partnered with PHIT America and KIDS in the GAME to help schools in the Chicago and Ramsey, MN, areas.

Puma joined a coalition of 32 companies to launch the global Fashion Pact to protect the world’s climate, biodiversity and oceans which was presented ahead of the G7 meeting in Biarritz.

Goat, the resale site for sneakers, announced the company’s partnership with Bergdorf Goodman.

Nordstrom launched Sustainable Style, an online shopping category for finding products made from sustainably sourced materials and manufactured in factories that meet higher social or environmental standards or that give back.

Vail Resorts Inc. has announced that executive vice president Chris Jarnot will step down following a 34-year career with the company, as well as the creation of three regional leadership roles to support Vail Resorts’ growing global portfolio.