Adio Footwear signed an exclusive partnership with Ultra Sport Europe to distribute the brand in the UK and Ireland, starting with Adio's Spring/Summer 2011 lines. Deliveries will start in January. K2 licensed Adio to AL&S in March.

“When Nick Warman, the Adio Sales Agent for the past 10 years, learned that K2 UK would no longer be handling the brand he set about the task of finding a new partner saying. “I approached Ultra Sport with the brand after K2 decided to focus their attention on their winter products. I had to find a new home. Both AL&S and I were determined to select a partner who shares the same core values that Adio is famous for.”

“I am very excited about the move” continued Warman :Ultra Sport offer Adio some unique advantages and as Adio will be the only footwear brand in their portfolio I know that we'll get all the focus and attention that we need to grow. As Ultra Sport have been in the action sports industry for over 30 years and have a great collection of market leading brands I feel confident that Adio will go from strength to strength”

Gordon Way, MD of Ultra Sport, was obviously happy with the move: “We were delighted that Nick chose to join us. He obviously knows his stuff and you can tell that he has Adio in his blood. I'm totally confident that with the changes AL&S are bringing in, with Nick in charge of the Sales and Marketing and with our distribution infrastructure the brand will see a massive resurgence in the UK.”

AL & S produce 1.3 million pairs of shoes a year, mainly for the US market. They have taken Adio and rebuilt it from the ground up, hiring an all -new team at their HQ in Solona Beach, CA and recruiting new riders for the skate team. 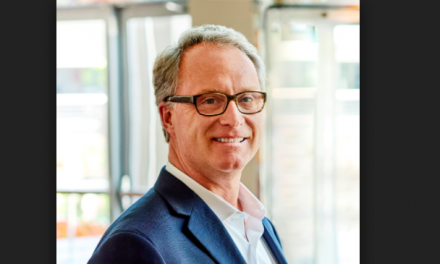 Caleres Appoints President For Its New Men’s And International Division

Under Armour App Partners With Fishbrain

Nordstrom’s Comps Up 8.4% on Sales in December