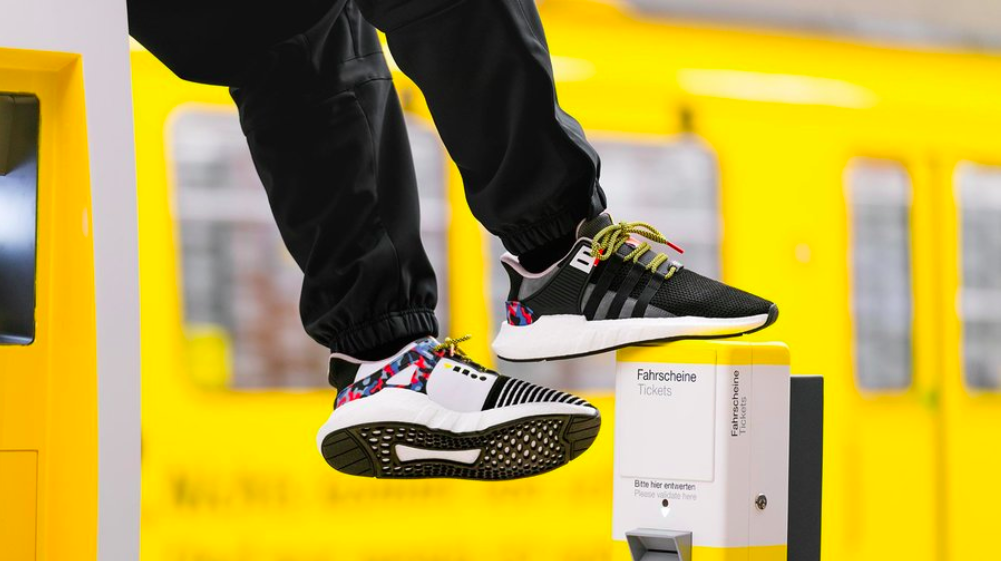 Adidas warned investors it will miss its 2019 growth target because supply chain bottlenecks in the first half of the year are making it difficult to meet demand. The growth is particularly expected to slow in North America, where it has doubled its business in the last three years to take market share from rival Nike.

The growth rate is forecast to be about half that – 3 percent to 4 percent – in the first six months of the year, with Adidas expecting it to accelerate in the second half.

In contrast, Nike has forecast sales growth for 2019 approaching low double digits as it has captured a strong cycle of innovation, while German rival Puma has forecast currency-adjusted growth of 10 percent.

Adidas has put a big focus on the U.S. market in recent years, teaming up with celebrities such as Kanye West and Pharrell Williams, poaching designers from Nike and pushing retro styles that have proved more popular than Nike’s basketball shoes.

But on a conference call Wednesday with analysts, CEO Kasper Rorsted indicated the company’s suppliers – mostly in Asia – have not been able to keep up, especially as the company has expanded from high-end products into more mid-priced apparel ranges in the U.S. market and demand for such product has outstripped supply.

“We are not capable of building the infrastructure to supply market demand,” said Rorsted. A “substantial slowdown” in sales in North America is now expected over the first half. The North America region is still expected to grow at high-single-digit rates for the full year.

While he was “very unhappy” with the situation, Rorsted said it was a “better problem to have than too much inventory.” He declined to give specific details of the supply chain problems. Rorsted added that the shortages were not related to U.S. trade tensions with China.

Adidas produces 457 million pieces of apparel a year, sourcing most of them from Cambodia, China, and Vietnam.

In late February, Adidas unexpectedly announced the departure of Gil Steyaert, its global head of operations who had been in the job for two years. He was replaced by Martin Shankland. Rorsted declined to say if the supply chain problems were related.

The slowdown will arrive as growth in the North America region ran up 8.6 percent on a currency-neutral basis in the fourth quarter, on top of a 31 percent increase in the prior year period. Reported revenues in the region rose 10.4 percent to €1.297 billion.

The gains were driven by continued double-digit growth for the Adidas brand, helped by the “democratizing” of the “Yeezy” shoe line designed by Kanye West. Until recently, Adidas has only produced small quantities of Yeezy sneakers, but it is now increasing production and Rorsted said it expects to launch about 20 to 30 Yeezy products a year.

For 2018, sales in North America grew 14.9 percent currency-neutral (9.7 percent reported) to €4.69 billion. Currency-neutral sales grew 35 percent in 2017. Adidas Brand revenues were up 17 percent, driven by double-digit growth in both Sport Performance and Sport Inspired models. Reebok brand revenues were flat in the year as growth in the U.S. was offset by declines in Canada.

Companywide, currency-neutral sales increased 5 percent in the fourth quarter on top of 19 percent growth in the prior year. In euro terms, sales for the company were up 3.5 percent to €5.23 billion.

Adidas Brand revenues in the quarter grew 5 percent currency-neutral. Double-digit growth in Sport Inspired and in the training category as well as high single-digit growth in Running was partly offset by a strong decline in football revenues reflecting the non-recurrence of sales related to the 2018 FIFA World Cup in the prior year’s quarter. On a reported basis, Adidas Brand revenues were €4.74 billion, up 3.8 percent.

Revenues at the Reebok brand declined 1.1 percent on a currency-neutral basis overall in the quarter as a double-digit increase in Classics was more than offset by a decline in Sport. Reebok’s reported revenue was down 2.6 percent to €423 million.

By region, the highest currency-neutral growth in the quarter was achieved in Asia-Pacific, up 10.7 percent, driven by a 13 percent increase in Greater China; followed by North America. Currency-neutral revenues in Latin America eased 1.2 percent while Russia/CIS gave back 1.9 percent. Sales in Emerging Markets sunk 5.3 percent and Europe was down 5.9 percent.

Last November, Adidas warned that its performance in Europe, its biggest market accounting for a third of sales, were weaker than expected.

Gross margin in the quarter improved 50 basis points to 52.2 percent, mainly due to the positive impacts from a better product and channel mix as well as lower input costs, which more than offset significant negative currency effects.

Operating expenses were up 5 percent due to higher operating marketing and operating overhead costs and expanded as a percent of sales to 50.5 percent from 49.8 percent.

Operating profit decreased slightly to €129 million from €132 million in 2017, eroding its operating margin to 2.5 percent from 2.6 percent. Excluding the negative one-time tax impact recorded in the fourth quarter of 2017, net income from continuing operations increased 29.2 percent to €93 million.

Gains from discontinued operations amounting to €15 million compared to losses of €38 million in the prior year period. As a result, net income, excluding the negative one-time tax impact, nearly tripled to €108 million from €34 million a year ago. The net loss in the year-ago period was $41 million.

The gain was driven by a 9.5 percent improvement at Adidas Brand, reflecting an 11 percent increase in Sport Inspired on significant gains by Yeezy as well as a 9 percent gain in Sport Performance. The latter was driven by double-digit growth in training and running. Low-double-digit increases were seen in apparel and a high-single-digit gain in footwear. In euro terms, sales for Adidas Brand were up 4.5 percent to €19.85 billion.

Currency-neutral Reebok brand sales were down 3.0 percent in 2018 versus the prior year, as double-digit sales growth in Classics was offset by a decline in Sport. In euro terms, revenues were down 8.5 percent to €1.69 billion. Gross margins for Reebok improved 300 basis points to 43.7 percent, driven by the further implementation of its design-to-value approach. The Reebok brand reached its goal of returning to profitability, reflecting a profit uplift of more than €150 million for the brand since the launch of its turnaround plan ‘Muscle-Up’ at the end of 2016.

From a channel perspective, the top-line increase was largely driven by double-digit improvements in direct-to-consumer (DTC) revenues with particularly strong support from e-commerce, where revenues grew 36 percent to more than €2 billion in 2018.

The e-commerce growth came on top of 57 percent growth in 2017 and was driven by double-digit growth across all regions. Online sales have doubled within two years. The launch of the Creators Club in the U.S. and Japan helped drive related traffic and engagement rates. The Adidas app is now live in 25 countries and saw more than 25 million downloads by the end of 2018.

Among regions, Asia tied North America tied for growth leadership with both showing a 14.9 percent currency-neutral gain in the year. Asia’s gains were driven by a 23 percent increase in Greater China that came on top for a 29 percent increase in 2017.  Currency-neutral revenues in Latin America were up 5.6 percent and sales in Russia/CIS increased 1.0 percent as the positive impact from World Cup-related sales offset the significant amount of store closures. While sales in Europe eased 0.4 percent compared to the prior year level, revenues in Emerging Markets declined 3.1 percent.

Gross margin in the year increased 1.4 percentage points to 51.8 percent due to the positive effects from a better pricing, channel and product mix as well as lower input costs, which more than offset significant negative currency effects.

Operating expenses were up 5 percent and increased as a percent of sales to 41.9 percent from 41.3 percent in 2017. The lift was mainly driven by marketing spending around the 2018 FIFA World Cup as well as over-proportionate investments into the company’s brands and the sell-through of its products.

Outlook Assumes Accelerated Growth In Back Half

Regarding its outlook, the top-line growth expectation of between 5 percent and 8 percent in 2019 is expected to be led by double-digit growth in Asia-Pacific. Currency-neutral revenues in North America and Emerging Markets are expected to grow at high-single-digit rates. Sales in Latin America and Russia/CIS are forecast to improve at a low-single-digit rate in currency-neutral terms. In Europe, the company expects to return to growth in the course of the year and forecasts a slight increase in currency-neutral revenues for the full year.