adidas-Salomon said on Monday it did not expect 2003 sales growth in the key North American market.

At a round-table discussion with journalists at the sporting goods fair, ispo, in Munich Herbert Hainer, adidas-Salomon CEO, re-confirmed full year projections of 5% currency-neutral sales growth, a gross margin of 42-43% and earnings growth of between 10 and 15%. Stronger than expected sales and margin development in Europe, the Group’s largest and most profitable region, and solid sales growth in Asia will be the drivers of this performance.

From a brand perspective the Group’s core brand, adidas, continues to set the pace with strong currency-neutral growth in Asia, Europe and Latin America. adidas growth is fueled by the Sport Performance categories running and football as well as continued momentum in the Sport Heritage Division. The adidas momentum in running is spearheaded by the success of the latest footwear innovations a³® and ClimaCool®. In 2003, adidas will sell more than 2 million pairs of ClimaCool® shoes and 750,000 pairs of a³®. Coming out of an already strong World Cup Year 2002, adidas football sales continue to grow at a double-digit rate, thus underlining the brand’s clear number one position in this category.

The extremely difficult retail conditions which affected first quarter North American adidas sales and backlogs continued in the second quarter. Preliminary figures for North America indicate that adidas currency-neutral sales for the first half of 2003 will be stable in comparison to the prior year. Currency-neutral backlogs at the end of the quarter, however, which reflect the order situation for the next six months, indicate a decline of between 10 and 15%. Therefore adidas-Salomon does not anticipate sales growth in North America for 2003.

“In the coming weeks and months US consumers will see a number of new athletes, products and measures by adidas which show our intensified efforts in the American market,” Herbert Hainer said.”I reconfirm our Group sales and earnings expectations for 2003, which will be driven by strong developments in Europe and Asia.”

At Salomon, the increased focus on summer sports continues. At ispo, Salomon focuses on the categories inline skating, adventure footwear and functional outdoor apparel. For the full year Salomon expects to grow sales on a currency-neutral basis. 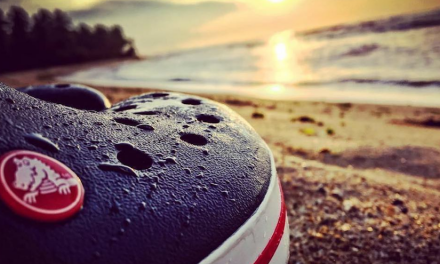 Crocs To Repurchase Of Convertible Preferred Stock Owned by Blackstone