The new film, titled Football Needs Creators, follows Pogba’s journey beginning with shaping his own reality as a child in Roissey-en-Brie, France to his groundbreaking return to Old Trafford, Manchester United’s home stadium.

Featuring voiceover from his mother, the campaign shows how Pogba has always done the unexpected and serves as a call to players around the world to harness their own creativity to think, act and perform in new and unique ways.

“Creativity has always been the difference maker for Paul Pogba in all facets of his life, on and off the pitch,” said Ryan Morlan, Adidas’ VP of brand communications. “Since childhood, his imagination has been the catalyst to defying the norm in the world of football. Pogba’s story mirrors our belief that creativity will take you further than your mind or body alone. There is only one Pogba, but all athletes can look to him for inspiration to use one’s own creativity to make new rules in their sport.”

Football Needs Creators is the latest chapter of the Adidas Sport 16 campaign that builds upon the belief that all athletes are #HereToCreate. The new spot follows the recent launch of Sport Needs Creators featuring Pogba, Super Bowl 50 MVP Von Miller of the Denver Broncos, two-time NFL MVP Aaron Rodgers of the Green Bay Packers, 2015 National League Rookie of the Year Kris Bryant of the Chicago Cubs, four-time NBA All-Star James Harden of the Houston Rockets, rookie guard Moriah Jefferson of the San Antonio Stars, and top NBA Draft selections Brandon Ingram of the Los Angeles Lakers, Jaylen Brown of the Boston Celtics and Jamal Murray of the Denver Nuggets. 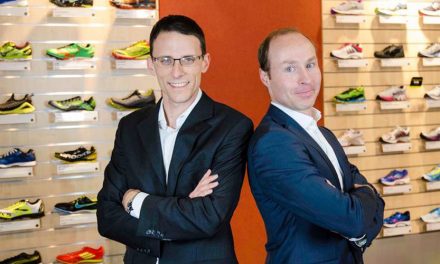 21sportsgroup Founder to Focus on Acquisitions