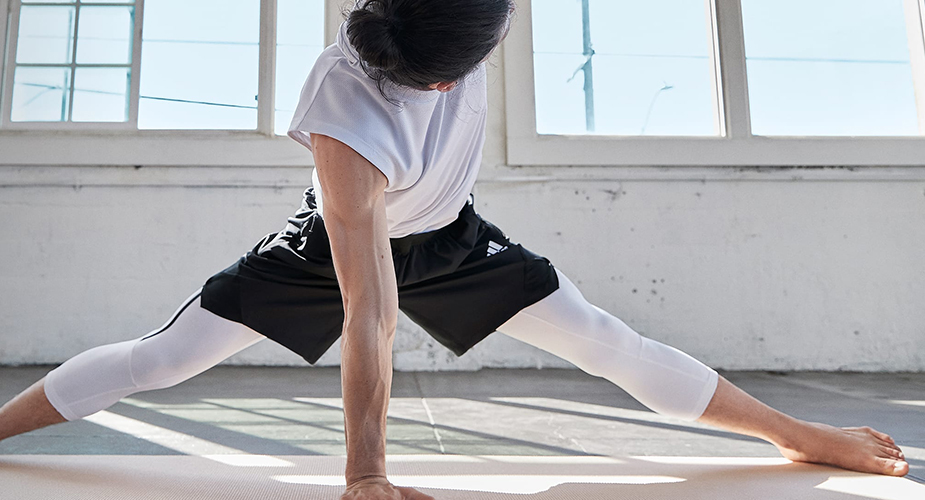 “Our results for the first quarter speak to the serious challenges that the global outbreak of the coronavirus poses even for healthy companies,” said Adidas CEO Kasper Rorsted. “I am proud of how our Adidas family has been working together to support both our company and our communities. At the moment, we are focused on managing the current challenges and doubling down on the recovery in China and the opportunities we see in e-com. While we prepare for the return to a more normalized state of the business, we also remain realistic: Over 70 percent of our stores worldwide are currently closed.

Currency-neutral revenues decrease 19 percent in Q1 2020 due to global coronavirus outbreak
The global spread of the coronavirus during the first quarter of 2020 led to a significant number of store closures – both own- and partner-operated – and a pronounced traffic reduction within the remaining store fleet, with a corresponding negative impact on Adidas’ top-line development. Continued strong currency-neutral growth of 35 percent in e-commerce – the only channel that has remained fully operational in most parts of the world – could only partially offset the material revenue decline in the physical channels. As a result, the company’s currency-neutral revenues decreased 19 percent in the first quarter, reflecting a 20 percent sales decline at brand Adidas, while Reebok sales were down 12 percent. In euro terms, revenues also decreased 19 percent to €4.753 billion (2019: €5.883 billion).

Revenue development by region reflects phasing of global coronavirus outbreak
The significant revenue declines the company has been experiencing in Greater China since the end of January as well as in Japan and South Korea in March drove the combined currency-neutral sales of the Adidas and Reebok brands in Asia-Pacific down by 45 percent. This development was mainly driven by a sales decline of €800 million (-58 percent) in Greater China, which also reflects product takebacks in a triple-digit-million euro amount to manage inventory levels in the market. While stores in Greater China and South Korea reopened during March, closures came into effect in most other parts of the world following the rapid global spread of the coronavirus. Up until this point, the company had recorded a currency-neutral revenue growth of 8 percent outside of Asia-Pacific for the first two months of the year. The negative impacts from the subsequent closures offset these sales increases, thereby significantly weighing on the first quarter sales developments in Emerging Markets (-11 percent), Europe (-8 percent), Latin America (flat), North America (+1 percent) and – to a lesser extent – in Russia/CIS (+9 percent).

Operating margin down to 1.4 percent due to revenue shortfall
The company’s gross margin decreased by 4.2 percentage points to 49.3 percent (2019: 53.6 percent). This development was mainly driven by a less favorable regional mix due to the overproportionate sales decline in Greater China, negative currency developments as well as costs related to the cancellation of purchase orders in order to adjust the inbound flow of inventories to the current circumstances. Other operating expenses decreased 1 percent to €2.305 billion (2019: €2.317 billion) and, as a percentage of sales, increased 9.1 percentage points to 48.5 percent (2019: 39.4 percent). Marketing and point-of-sale expenses remained stable at €704 million (2019: €703 million), as Adidas executed the majority of its consumer marketing and product activation efforts in full during the first two months of the year and accelerated investments to support its e-commerce business. As a percentage of sales, marketing and point-of-sale expenses were up 2.9 percentage points to 14.8 percent (2019: 12.0 percent). Operating overhead expenses decreased 1 percent to €1.601 billion (2019: €1.614 billion), including the impact of higher bad debt allowances in the quarter. As a percentage of sales, operating overhead expenses increased 6.3 percentage points to 33.7 percent (2019: 27.4 percent). The company’s operating profit decreased 93 percent to €65 million (2019: €875 million), representing an operating margin decline of 13.5 percentage points to 1.4 percent (2019: 14.9 percent). The combined impact from the product takebacks in Greater China, the cancellation of purchase orders and the increase in bad debt allowances had a negative effect on the first-quarter operating profit development in an amount of around €250 million.

Cash position of €1.975 billion at quarter-end
The company’s operating cash consumption during the quarter, which was mainly driven by the increase in operating working capital and limited by effective measures to maximize cash inflows while minimizing outflows, was offset by the utilization of existing credit lines, both committed and uncommitted. As a result, the company had a cash position of €1.975 billion at March 31, 2020, around two-thirds of which is held at Adidas AG and hence is directly accessible. Net debt amounted to €570 million at March 31, 2020 (March 31, 2019: net cash of €908 million). This represents a deterioration of more than €1.4 billion compared to the net cash position of €873 million at year-end 2019.

Adidas not able to provide an outlook for full-year 2020 including coronavirus impact
The company’s top line continued to sequentially recover in Greater China in the first three weeks of April, and global e-commerce revenues showed another significant acceleration from 55 percent currency-neutral growth recorded in March. However, Adidas’ overall revenue development remains severely impacted by a significant number of store closures across Europe, North America, Latin America, Emerging Markets, Russia/CIS and large parts of Asia-Pacific. At this point in time, more than 70 percent of the company’s store fleet is still closed. The company is making use of the flexibility in its operating cost base but largely refraining from measures that would jeopardize future prospects. Consequently, both top- and bottom-line declines in the second quarter of 2020 are currently expected to be more pronounced than those recorded in the first quarter, with currency-neutral sales projected to come in more than 40 percent below the prior-year level and the operating result to be negative. Given prevailing uncertainties, primarily around the duration of store closures and the pace of normalization subsequent to stores reopening, the further development of the coronavirus outbreak and its impact on the company’s business cannot be predicted at this point in time. As a result, Adidas is still not able to provide an outlook for the full year 2020 that includes this impact.

Rorsted said: “Despite the current situation, I am confident about the attractive long-term prospects this industry provides for Adidas. Consumers are developing an increased appreciation of well-being. They want to stay fit and healthy through sports. Our focus on accelerating our own-retail and digital business will serve us even better in the future. We are well-positioned as a global company with strong brands.”