Inside The Call: Adidas Doubles Down On Digital In New Five-Year Plan 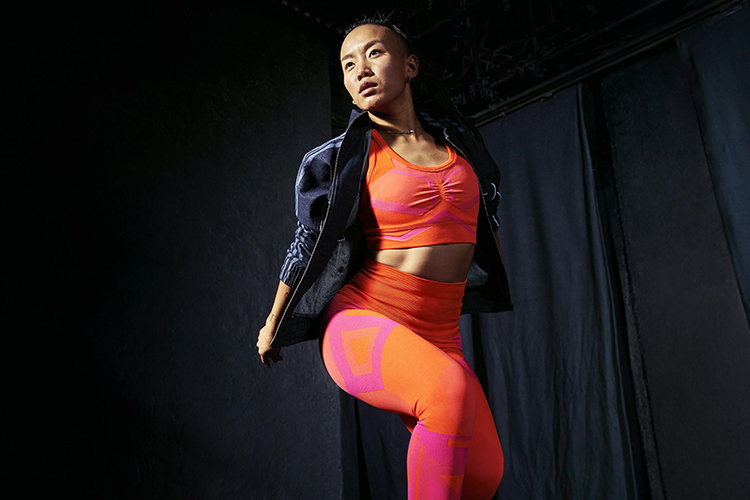 Adidas on Wednesday announced its new five-year growth plan, “Own The Game,” which promises to accelerate digital, direct-to-consumer growth and doubling of its “key cities” focus to 12 cities. However, the plan is guided by five industry trends that accelerated due to the pandemic.

“The structural trends explain why the industry is growing, but also how it’s being shaped,” added Rorsted. “And size matters. Our industry rewards scale, and we are uniquely positioned to take advantage.”

He said Adidas expects the five trends to drive growth for the global sporting goods market at a mid-single-digit CAGR (compound annual growth rate) from 2021 to 2025, outpacing the broad economy by a factor of two. The industry is expected to expand by €100 billion by 2025.

The predominant participation sports – running, training and outdoor – are projected to drive around 40 percent of the industry’s growth until 2025, while lifestyles inspired by sports will account for approximately 50 percent of the increase.

By channel, online is expected to grow three times faster than offline and reach a penetration rate of more than 40 percent for the industry by 2025.

Said Rorsted, “Our strategy is tailored exactly to those drivers to fully capture opportunities.”

On credibility, Rorsted noted that the brand “has already unique and strong credibility in sports and culture” in addressing both the sports and lifestyle markets. Under an expanded strategy, the brand will address “the gap in the middle” by introducing sportswear to more directly target athleisure, which Rorsted described as the industry’s “biggest commercial opportunity.”

He added, “It will expand the reach of our brand and will increase our focus in each segment.”

Another focus around credibility will be to expand women’s at a mid-teens CAGR between 2021 and 2025. Rorsted said the growth rate would be “significantly faster than the rest of our business.”

“Football has the biggest viewership, and running, training and outdoor have the highest participation and are leading industry growth drivers,” said Rorsted. “On lifestyle, we’re sharpening the architecture of sportswear and Originals.”

Adidas will leverage partnerships to support these categories.

DTC To Expand To 50 Percent Of Sales
Elevating the experience includes accelerating the brand’s direct-to-consumer (DTC) transformation by expanding it to 50 percent of sales by 2025, driven by e-commerce. In 2020, DTC accounted for 41 percent of sales, including 21 percent from e-commerce and 20 percent from owned retail. E-commerce is expected to double from $8 billion to $9 billion by 2025.

Finally, Adidas has found success with its “Key Cities” programs “where the local relevance matters the most” and plans to expand the program from 6 to 12 cities. The program currently focuses on Tokyo, Shanghai, Paris, London, New York, and Los Angeles. The six cities added will be Mexico City, Berlin, Moscow, Dubai, Beijing, and Seoul. Said Rorsted, “These cities have an extra influence on the rest of the world.”

Sustainability initiatives will likewise look to build on past environmental and social programs with major goals, including nine out of ten products being sustainable in 2025. Adidas is also committed to reducing its CO2 footprint in its products to reach climate neutrality by 2050. Said Rorsted, “The consumers must know that we care about sustainability as much as they do. The most visible way of doing this is through product.”

Key enablers to the five-year plan include the expanded key cities focus, with digital and innovation.

Digitizing The Development Process
“Digital goes beyond e-com,” said Rorsted. “We’re digitizing the core processes across the entire company from creation to consumer. We’re scaling 3D-design capabilities, which will allow us to create better products, allowing designers to create in 3D and iterate early designs for consumers and customers.”

He said the vast majority of Adidas sales in 2025 would come from products created and sold digitally. He added, “Advanced analytics end-to-end will allow creation, allocation and planning all informed by data. Turning e-com and member data into insight will help us build better products and react faster to trends and engage consumers more personally.”

Innovation is expected to enable growth across credibility, experience and sustainability.

Rorsted noted that Adidas had earned acclaim for several breakthroughs in recent years, including upcycling ocean plastic into a concept shoe in partnership with Parley for Oceans, reshaping running footwear with Ultra Boost and developing the first printed midsole with Futurecraft 4D. The brand has also been “redefining hype” with Yeezy, and breaking world records in running with its Adizero Adios Pro. Said Rorsted, “Such innovations are tangible proof points of our credibility.”

Continuing innovation includes the Futurecraft Strung, a running shoe with an upper based on athlete data set to launch in 2022. Overall, five running platforms, including two new ones, are expected to support its five-year growth plan. On the lifestyle side, a vegan, fully recyclable and biodegradable version of the Stan Smith silhouette is in the works, and a new “Hype To Scale” model is expected to drive buzz.

On the consumer experience side, innovations include a swipe mechanism for product feedback incorporated into the Adidas app. Outdoor-themed stores are opening in the Swiss Alps, called Terrex Mountain Lofts, bringing “together outdoor, digital and sustainability,” said Rorsted.

Adidas’ sneaker app was recently rolled out to Europe. Rorsted said Adidas remains the only sports brand to reward members for both sports and purchasing activity.

Overall revenues are expected to expand at a CAGR of 8 percent to 10 percent currency-neutral between 2021 and 2025. Said Rorsted, “This means we are growing faster than the industry globally and in all major markets, which will translate into market share gains.”

Operating margin is expected to increase between 12 percent and 14 percent, with the more significant gains reflecting the DTC shift. Net income is expected to expand at a 16 percent to 18 percent rate.

Mid-To-High-Teens Growth Seen For 2021
For 2021, currency-neutral sales are projected to grow strongly at mid-to-high-teens, and its operating margin is expected to bounce back at 9 percent to 10 percent. Revenues are anticipated to increase in all market segments, with Greater China, Asia-Pacific and Latin America all projected to grow currency-neutral net sales in a range of between 20 percent and 30 percent. EMEA is expected to record growth in the mid- to high -eens, while North America is forecast to expand revenues at a high-single-digit rate.

The planned divestiture of Reebok will temporarily impact profitability.

In total, Adidas is expecting €8 billion to €9 billion cumulative cash returns until 2025 despite accelerating investments into the brand. Marketing spend is expected to increased €1 billion higher than current levels, and €1 billion is expected to be invested in digital over the next four years.

Own The Game succeeds and builds on the success of Adidas’ “Creating The New” five-year growth strategy that was disrupted by the pandemic. The former five-year plan doubled net sales for Adidas North America, achieving a CAGR of 15 percent in the region over those five years. Sales to Greater China also doubled and expanded at the same rate. E-commerce grew more than seven times over the last five years to reach more than €4 billion in sales in 2020.

Yeezy, Boost technology, the Key Cities program, and speed-to-market initiatives helped drive the progress. TaylorMade and CCM were divested, and Reebok was brought back to profitability, although Adidas earlier this month indicated it has decided to divest Reebok as well.

“This successful turnaround builds the basis for our decision to start a process aimed at divesting Reebok,” said Rorsted. “We believe as one of the most iconic brands, Reebok can better lever the strong industry fundamentals independently from Adidas.”

Adidas’ membership program was built from scratch to reach more than 160 million members over those five years.

From 2015 to 2019, Adidas added around €7 billion to its top-line in the four years before the pandemic. The company’s operating margin increased by around five percentage points between 2015 and 2019 to a healthy double-digit level. Net income grew by around €1.2 billion through 2019 despite increasing marketing investments by more than €700 million in those four years. Adidas’ share price more than tripled.

Rorsted said Adidas moved to optimize its capital structure, adopted an agile approach to sourcing and selling, and developed impactful campaigns despite lockdowns. A particular focus was DTC, improving the scalability of its digital backbone and adding 50 million new members to its membership program.

“As a result, our top line accelerated significantly, recovering quickly in the second half and returning to growth in the fourth quarter despite a strong comparison base and the second wave of store closures,” said Rorsted.

Overall, Adidas recorded sales growth of 1 percent on a currency-neutral basis in the fourth quarter. Due to continued currency headwinds, sales in Euro terms were down 5 percent to €5.548 billion.

On a currency-neutral basis, Asia-Pacific grew 1 percent, driven by a strong recovery in Greater China, where sales were up 7 percent. With an increase of 2 percent, sales in North America were also up compared to the prior year, driven by an improvement of 4 percent for the Adidas brand. Revenues in Europe were impacted by renewed lockdowns, with about half of the company’s stores closed at the end of the year. Also, the market faced a difficult comparison base due to the launch of products related to the UEFA European Football Championship, which had resulted in 14 percent sales growth in the prior-year quarter. As a result, revenues in Europe declined 6 percent in Q4. Sales in Latin America and Emerging markets grew 7 percent, while Russia/CIS recorded an increase of 21 percent.

Gross margins in the quarter declined 30 basis points to 48.7 percent. Continued headwinds from unfavorable currency effects represented the most material drag on gross margin. Promotional activity also continued to weigh on the company’s gross margin, although less than previous quarters, as the company’s focus on disciplined sell-in and profitable sell-through resulted in a normalization of promotional activities.

Adidas reduced its inventory levels by €800 million versus the peak in June, achieving a healthy inventory level by year-end. Inventories were 8 percent higher in Euro terms and 14 percent higher on a currency-neutral basis. The delta compared to the prior-year level is primarily driven by evergreen and event-related products intended for sale in the upcoming season.

“We feel very comfortable going into 2021,” said Rorsted. “Last year was a year like no other, but it doesn’t change our overall growth prospects. We did our homework in 2020, and we’re now able to enter 2021 at full steam.”