Activism Paying Off For Patagonia

At a session the NRF Big Show in New York City, Patagonia’s CEO Rose Marcario said the last decade “has been the best decade for us in terms of our business” even as the company has doubled-down on its commitment to sustainability and taken on risks by becoming more politically active around environmental issues. But she regarded Patagonia’s moves to take on hot-button issues as only “a proportional response to what’s going on.”

She elaborated, “A lot of people are saying they feel like we’ve been really politically active but the reality is we’ve been proportionately responding to what’s happening.”

Marcario noted that soon after taking over, the Trump administration eliminated three million acres of public lands. She said such a move had never happened  in the country’s history.

She noted that Patagonia and others are suing the Trump White House in an attempt to protect the Bears Ears and Grand Staircase-Escalante national monuments.

In its latest step drawing attention, Patagonia in October endorsed for the first time two U.S. Senate candidates, Jacky Rosen in Nevada and incumbent Senator Jon Tester in Montana, that both wound up winning in the midterm elections.

Marcario said Patagonia has a distribution center in Nevada and has long worked on public land issues in the state for decades. In Montana, Patagonia has a store in Dillon and many specialty dealer partners. In both cases, Marcario said the company was “worried frankly that there was going to be more of an attack on public lands” and was eager to see candidates that were “mindful of what’s happening with air, water and soil in those states because they’re very inter-connected. So we felt that we needed to get involved.”

Patagonia has long been known for its support of environmental causes but those efforts have intensified over the last year given the widening concerns over the climate. The move was signified by the change in December of the company’s mission statement that had long been “Build the best product, cause no unnecessary harm, use business to inspire and implement solutions to the environmental crisis” to simply, “Patagonia is in the business to save our home planet.”

Internally, saving the planet involves “always looking really deeply into the supply chain because that’s where all the issues are.”

Marcario noted, for instance, that Patagonia has been making fleece out of recycled polyester for years but in the last few years found out about the vast eco-damage from microfibers pollution. With each wash, plastic fibers from synthetic garments are making their way from washing machines into rivers and oceans.

Marcario said Patagonia is now looking for a way to mitigate the damage by seeking to replace its polyester with a natural fiber that biodegrades but still serves the same purpose for consumers. The company has taken similar steps over the last two  years to further develop its recycled cotton, down and cashmere.

“I think we all have to come to the reality that we are not going to have a virgin supply chain forever because we are running out of resources,” said Marcario. “As much as we don’t want to face that and be in denial about it, it’s true. You have to be creating a new supply chain and investing in innovation and so that’s a big part of what we’ve been doing over the last decade.”

Those efforts have included starting a venture fund to supports eco-friendly start-ups in 2013 and launching a food company, Patagonia Provision, that focuses on regenerative organic agriculture.

“Agriculture really represents the best chance that we have to mitigate or end the climate crisis because healthy soil sequesters more carbon,” said Marcario. She added that at the current rate with industrial agriculture practices and the damage from pesticides, the planet has “something like 60 years of topsoil left.” Patagonia is working with a large coalition of companies on a regenerative organic solution certification to support the expansion of regenerative organic agriculture.

For Patagonia, the move to focus on regenerative practices started about 10 years ago when founder Yvon Chouinard discovered the impact of pesticides on wildlife, rivers and the land and decided to shift to organic from conventional cotton.

“It’s not enough to just to be organic it’s got to be regenerative,” said Marcario. “And the science is saying that if we converted all industrialized agriculture is to regenerative organic practices you can sequester all the world’s carbon. That’s pretty exciting. That’s a solution and we need solutions because we need have an aspirational vision of the future and not just this apocalyptic Waterworld reality. We have to be working on solutions. And I think that’s really bought our customers along and it’s really bought a lot of people to the table to work with us. So I’m excited about it.”

Marcario encouraged others to aim higher. “I think that’s where people need to really look and dive deep or we’re not going to have a world to live in that we’re going to love, that has diversity and beauty. So I think the number one thing is really looking deep into your supply chain and not just stopping at one level.”

The intense self-examination of the supply chain is in lockstep with the activism efforts.

Marcario said Chouinard began helping fund and support environmental grassroots nonprofit organizations (NPOs) because activists were often “closest to the problem and they usually had the most local information about what was happening and how it was impacting communities and wild places and things like that.”

But she also said Patagonia found that only 3 percent of philanthropic funding was going to environmental NPOs despite the heightening fears over climate change.

She said that since starting the program, Patagonia has donated over $100 million to grassroots environment activists and many are small grants, around  $20,000, to “help them continue what they’re doing to protect wild places and air, water and soil and stuff like that.”

Other steps Patagonia has taken in the last year in its activist efforts include:

Asked about what advice she offers to companies looking to speak out more loudly on issues, Marcario said she understands some brands being “kind of nervous to step out there.” But she also found that generally companies that are taking stances on issues  “consistent with their values are rewarded for doing it.”

She added, “I think anybody who runs a company now is dealing with the issues of how divided the country and how bad that is for the country. They’ve got employees who don’t want to go home and see their family for Christmas. It’s bad. We’ve got to work on that and see more leaders standing up for things that are aspirational. Good for the people and the planet.”

Marcario offered up the Time To Vote campaign as a “good bipartisan initiative that was necessary” but many brands could have participated in.

She also doesn’t believe Patagonia is taking many risks. She noted that Patagonia “grew out of a catalog, so we’ve always been very close to our customer,” and those customers connect not only to the brand’s outdoor roots but its activism.

“We’ve been funding activism for three decades. It’s not really that different for us,” Marcario said about the brand’s heightened  political coverage. She later noted that younger consumer bases are more aware and interested in those movements. “We really know our customers and they know us, and what I see more is that younger people are coming to the brand because they recognize the climate crisis in a much different way than my generation, probably, and their experience is really first-hand.” 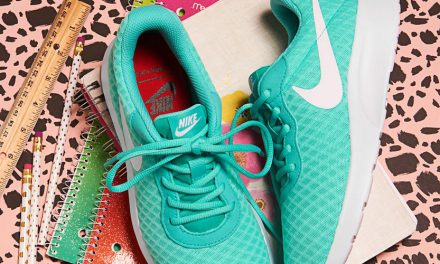 President of TandB Sports Elected to NSGA Board of Directors