The Access Fund, the national advocacy organization that keeps U.S. climbing areas open and conserves the climbing environment, announced today the winners of its 2010 Sharp End Awards. Each year the Access Fund recognizes individuals and businesses that go above and beyond to volunteer their time and efforts to preserving climbing access and the climbing environment. These recipients stand out in their commitment to the American climbing community, and the Access Fund is honored to present this year's awards to a worthy group of volunteers and activists.

Menocal Lifetime Achievement Award  Rick “Rico” Thompson
We are proud to recognize Rico Thompson with the Menocal Lifetime Achievement Award, a special honor given to lifelong activists of climbing access. Rico’s service to the climbing community pre-dates the Access Fund and spans the nation. As a co-founding board member, Rico helped move the newly formed Access Fund from a volunteer-run group to a fully staffed national organization leading the way to keep climbing areas open and conserve the climbing environment. Serving as the AF’s first-ever National Access & Acquisition Director, he played a central role in hundreds of access victories, including the purchase and transfer of the parking area and trailhead at Rumney, New Hampshire to the USFS; the acquisition of Society Turn Crag and Golden Cliffs Preserve in Colorado; the acquisition and transfer of Shelf Road’s Cactus Cliff to the BLM; and the formation of Castle Rock State Park in Idaho. Throughout the 1990s, Rico organized the AF’s National Trails Initiative with legendary trail guru Jim Angell. From 1994 through 2010 Rico served as President of the Access Fund Land Foundation (AFLF) and worked closely with the Access Fund board and staff to transition AFLF holdings to the Access Fund for future management and protection. He continues to serve as Regional Coordinator for the Colorado Front Range, and we are honored to continue working with one of the nation’s key figures in climbing activism and conservation for many more years to come.

Bebie Leadership Award  Tom Addison
Access Fund is honored to recognize Tom Addison for his outstanding leadership in protecting Jailhouse Rock in Sonora California. He has maintained positive relationships between climbers and landowners of Jailhouse Rock since the 1990s, working with multiple owners, the county, and the climbing community to address their concerns. With the new subdivision going through in 2010, Tom contacted the Access Fund and played a critical role in working with the landowner to ensure permanent access for climbers. With the conservation and access easements secured, Addison is leading the way to locally fundraise for the Unlock Jailhouse campaign. Tom started working on access issues in the 1980’s at Farley Ledge in Western Massachusetts and has been an Access Fund member since 1992. For over twenty years, Tom has worked to keep crags open in Stanislaus National Forest and the Sonora area.

Reese Martin Award  Jim Pinter-Lucke
We are proud to recognize Access Fund Southern California Regional Coordinator Jim Pinter- Lucke as the recipient of the 2010 Reese Martin Award for the leadership and support he has given to climbing areas all over Southern California. Jim came on board with the Access Fund in 2008 and has worked nonstop on a long list of efforts to conserve and protect climbing areas, including organizing two Adopt a Crags each year at Tahquitz and Suicide to rehabilitate trails and install climber trail signs, driving five to eight hours from LA to support Adopt a Crags in Bishop CA and Yosemite, supporting the Friends of Williamson Rock at U.S. Forest Service meetings, and representing the Access Fund at many events. In 2010 Jim successfully launched a new local climbing organization, the Idyllwild Climbers Association. Over the past two years Jim’s passion to protect and preserve climbing areas in Southern California has made a great impact. We look forward to working with Jim for many years to come.

Sharp End Award  Jeff Brown
We are proud to present a Sharp End Award to Jeff Brown, founder of the Allied Climbers of San Diego (ACSD) and a tireless advocate for balancing the interests of climbers with other land values and user groups. Jeff’s efforts have led to more targeted and less restrictive raptor closures in the Cleveland National Forest, greater understanding and compliance within the climbing community of land manager rules and obligations, and significant progress on other access issues in the southern California region. Always quick to point out that ACSD has been a group effort, Jeff has nonetheless been the single greatest force to bring the San Diego climbing community together to work for the common good. Though he recently stepped away from his formal leadership role in ACSD, his legacy will live on through the organization’s continued success. Thank you, Jeff!

Sharp End Award  Bryan Pletta
We are excited to honor Bryan Pletta, president of the New Mexico Climbers Resource and Advocacy Group (CRAG) and owner of Albuquerque’s Stone Age Climbing Gym with a Sharp End Award for his leadership in the New Mexico climbing community. Also a longtime Access Fund Regional Coordinator for New Mexico, Bryan organized Adopt a Crag projects to repair a climber’s trail on Palomas Peak and worked proactively to maintain positive landowner relations to preserve climbing access at Datil/Enchanted Tower. This past year Bryan met with local climbers and the U.S. Forest Service to address a wilderness fixed anchors controversy and negotiate a compromise. Bryan’s dedicated and diplomatic leadership has been a key asset to New Mexico climbers for years.

Sharp End Award  Kenji Haroutunian
The Access Fund is honored to present a Sharp End Award to Kenji Haroutunian, president of the Friends of Joshua Tree (FOJT) for his dedicated activism to keep the rock in Joshua Tree National Park open to climbers. Kenji has been instrumental in developing and organizing FOJT’s annual Climb Smart event (just completing its 13th year), which partners climbing companies, athletes, and the local Joshua Tree community to support FOJT, Joshua Tree Search & Rescue, and other key climbing advocacy groups. This year Kenji also rallied climbers to participate in Joshua Tree’s General Management Plan, which could affect climbing access and conservation for the next 15-20 years. Thanks to Kenji for his longtime support for Joshua Tree climbing.

Sharp End Award  Recreational Equipment Incorporated (REI)
For 20 years, REI has been dedicated to protecting the places we climb and conserving the climbing environment. REI’s support of both the Adopt a Crag program and the TeamWorks youth stewardship program has grown local volunteerism and long-term stewardship of climbing areas tremendously. In 2010, REI increased their support of the climbing community through the REI VISA card and proceeds from BANFF Mountain Film Festival. We thank REI for their passion and commitment to bringing communities together to protect the places we climb.

About the Access Fund
Celebrating its 20th anniversary this year, the Access Fund is the national advocacy organization that keeps climbing areas open and conserves the climbing environment. The Access Fund supports and represents over 2.3 million climbers nationwide in all forms of climbing: rock climbing, ice climbing, mountaineering, and bouldering. Five core programs support the mission on national and local levels: climbing management policy, stewardship and conservation, local support and mobilization, land acquisition and protection, and education. For more information
visit www.accessfund.org. 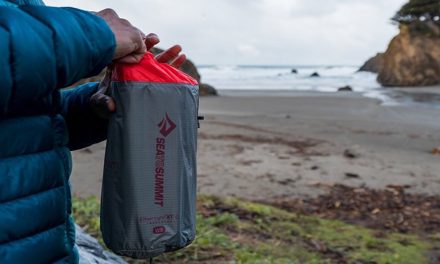