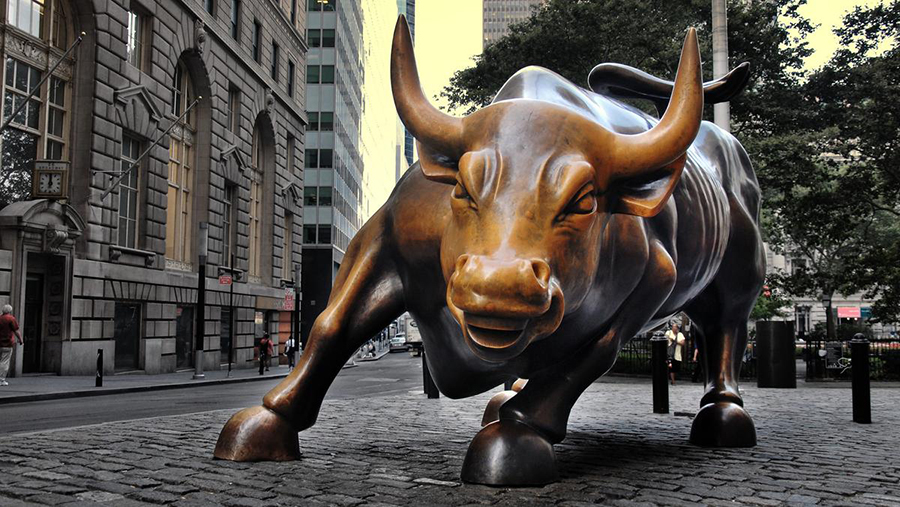 Academy raised approximately $183 million after underwriting expenses from the offering of 15.63 million shares. The shares, trading under the ASO symbol, were priced at $13.00 per share, short of the projected range of $15 and $17 a share in a choppy broader market. As typical, the firms picking up coverage helped underwrite the offering.

Shares have picked up over the last month, closing Tuesday at $15.39. Among the investment firms initiating coverage:

Positives cited in reports included the benefits of restructuring steps orchestrated by a revamped management team led by Ken Hicks, who took over as CEO in May 2018 and formerly led Foot Locker. These include a larger focus on localized assortments, better managed pricing and promotions and optimizing store layouts while exiting non-core categories.  Other steps include regionally allocating inventory, launching a new credit card program and improving data-driven personalization to support customer loyalty, and rolling out omnichannel capabilities such as in-store and curbside pickup.

Online, a significantly underpenetrated area compared to peers, is seen as a sizeable growth opportunity going forward. Other attributes included Academy Sports’ value positioning and broad assortments, as well as the chain’s expansion potential given that locations are heavily concentrated in the southern U.S. Also cited, the broader momentum in the sporting goods channel in part due to increased interest in outdoor and fitness activities due to COVID-19.

Concerns raised by analysts include competition against Amazon, Walmart and Dick’s; challenges cycling strong pandemic-driven comps; the current e-commerce disadvantage versus peers, and regulatory risks given its large position in firearms.

The following is a synopsis of several reports.

›UBS Initiates Coverage With “Buy” Rating
“In our view, the retailer is in the early stages of a transformation that was catalyzed by a new mgmt. team and was accelerated by the pandemic. Already, it has made early gains in areas like merchandising, eCommerce, space & price management, and operations,” wrote UBS analyst Michael Lasser.

Over time, the improvements from these initiatives can add $900 million to its sales, according to Lasser.

Lasser further said Academy Sports is “well-positioned to benefit from multiple sector tailwinds.” The analyst noted that participation in fitness activities has increased 10 percent since 2012 and athletic-related apparel and footwear have outpaced total sector growth by 400 basis points on average over the past ten years. In the near term, the November elections could accelerate firearms and ammunition sales.

Over the long-run, Lasser believes Academy Sports has the opportunity to add over 1,000 stores to its footprint. Other opportunities include market share gains in a consolidating sporting goods space and room to further streamline its cost structure. Wrote Lasser. “Despite these drivers, the stock is only trading at 6x CY’22E EPS and 5.5x CY’22E EBITDA. We believe its risk-reward is skewed to the upside at current levels.”

›Wells Fargo Initiates Coverage With “Overweight” Rating
“We believe the stock has a compelling ‘self-help’ story that is being undervalued by the market, coupled with significant near-term momentum in the business and the sporting goods category overall,” wrote Wells Fargo analyst Tom Nikic. “In our view, the stock is trading at an unjustified discount to its larger peer DKS.”

Nikic noted that the business recently “inflected” with comps turning positive in the second half of 2019 after negative comps for four years in a row beginning FY16. Comp growth then blew up to show a 27 percent Q220 gain as Academy Sports became a “COVID Winner.” Nikic believes the sales momentum continued in the third quarter.

Other positives include an ongoing deleveraging of its balance sheet with “a big chunk of debt” expected to be paid down by the end of 2020.

The “most obvious growth opportunity” remains e-commerce, which represented only 5 percent of sales, prior to COVID-19. But Nikic expects ongoing strategies put in place over the last few years by Academy’s revamped management team should continue to pay off. Wrote Nikic, “Before Mr. Hicks took the reins, ASO lacked the systems and processes to compete effectively. However, ASO is now executing on numerous “Retail 101” strategies to enhance the company’s performance.”

›Evercore ISI Initiates Coverage With “Outperform” Rating
“Under the leadership of CEO Ken Hicks, the company is undergoing a remerchandising and operations renaissance at the same time that post-COVID-19 consumers have re-engaged with outdoor activities and lifestyle,” wrote Evercore’s Greg Melich. “Brought private by KKR in 2011, the company’s recent ‘rebirth’ is at a time where despite the uncertainty of a strong 2020 next year, we believe margin improvement and deleveraging can result in EPS growth through 2022.”

Melich believes Academy Sports’ value proposition and broad assortments across sports and outdoors makes the chain competitive against retailers ranging from Dick’s to Walmart. Wrote Evercore’s analyst Greg Melich, “Their long history, especially in their core markets of Texas, Louisiana, and Oklahoma creates a loyal following connected to families as they evolve and grow.”

Melich concluded, “We are buyers of ASO at $15, with Base Case upside to $24 and eyes wide open to the competitive and cyclical risks.”

›Credit Suisse Initiates Coverage With “Outperform” Rating
“ASO is a full line sports and outdoor retailer, that is well-positioned in the space but has underperformed its potential in the past,” wrote Credit Suisse’s Seth Sigman. “Short-term, it should continue to benefit from favorable industry supply/demand dynamics, gain new customers and generate significant cash that will help reduce leverage vs. the past. Medium/long-term, it should benefit from self-help initiatives, including efforts to improve core retail operations and its online offering, providing stronger growth (high-teens or better EPS), and more drivers vs. other sporting goods players.”

Sigman sees opportunities through more effective inventory management, assortment planning, and markdown cadence; as well as continuing to build out its online offerings. Wrote Sigman, “The driving force is a proven management team that has created significant value in the past.”

Other attributes included Academy Sports’ value positioning and wide assortments as well as a healthier broader sporting goods sector marked by more minimal competitive store growth and more rational vendor distribution. Concluded Sigman, “Considering attractive valuation and specific stock drivers for this space (such as improving comps and GMROI or gross margin return on inventory investment), we believe ASO is one of the most attractive opportunities in our group now.”

Broadly, Imbro said the overall sports and outdoor categories are expected to grow in the mid-single digits over the coming years as recent participation in core categories has shown improvement (hunting, fishing, team sports, outdoor cooking, and fitness). Wrote Imbro, “Industry demand has strengthened in recent months as COVID-19 drove an increased adoption of outdoor leisure activity and sports have returned.”

COVID-19 has also provided a boost to Academy’s e-commerce and omnichannel capabilities. He noted that omnichannel customers spend 43 percent and 197 percent more than its store-only and online-only customers, respectively.

Stephens expects comps to normalize in the low-single digits going forward, as the sporting goods market normalizes. In 2021, roughly flat comp-store sales growth is projected as tailwinds from new customers and company-specific merchandising initiatives offset tough comparisons. Academy also isn’t planning to open stores in 2021 but plans to open between 8 to 10 stores annually in the years afterward.

Wrote Imbro, “We expect earnings to step down in 2021 before returning to growth in 2022, driven by balance sheet deleverage and internal initiatives, despite comp growth slowing from 2020 levels. Longer-term, ASO has identified an opportunity for meaningful unit growth, particularly with high-returning small-format in-fill stores.”

›Bank of America Initiates Coverage With “Buy” Rating
Robby Ohmes, Bank of America’s lead analyst, believes Academy Sports is getting better product allocations from Nike, which is estimated to account for 12 percent of the retailer’s sales. The improved allocation, including signs of more Air Max product, comes as Nike shifts to place more emphasis on strategic partners including Academy while exiting undifferentiated retailers. Bank of America’s analysis suggests that 69 percent of Academy stores are located within two miles of an account Nike is exiting or that has announced significant store closures. Ohmes wrote in his report, “We believe Academy serves an important customer niche for NKE.”

Ohmes sees risk that eventually Nike could open a big-box discount retailer such as Target or Walmart. He added, “However, we believe due to Academy’s recent merchandising efforts (more organized store layout) Nike allocations should continue to improve.”

Second, Academy Sports fits within the “discount store decade” that’s seeing a number of value-based retailers benefit as “budget conscious millennials enter their ‘household formation’ years and increasingly shop value-oriented retailers.” Finally, Ohmes highlighted the turnaround experience of Ken Hicks, who was able to significantly improve same-store sales and EBIT margins as president and CEO of Foot Locker from 2009 to 2014.