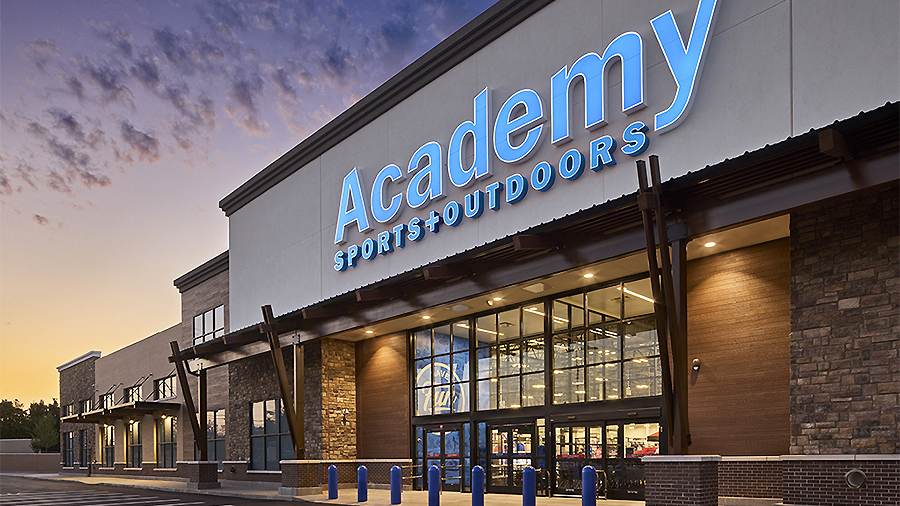 In an interview with SGB Executive Steve Lawrence, EVP and chief merchandising officer, Academy Sports + Outdoors, talked about how the retailer updated its disciplines in inventory management to drive outperformance in the second quarter and position it for second-half growth.

Shares of Academy Sports rallied 14 percent after earnings were announced. What drove the stock up? If you look at the performance of our sector over the past couple of years, we, along with some of our competitors, picked up shares in volume in 2020/21. We’re past stimulus, and waiting to see what happens. The reaction we see in the stock is that they’re pleased we’re holding onto sales. We’re still up 36 percent versus where we were in 2019, which was the last normalized year. We’re also holding onto the margin. Our gross margin rate is still up 420 basis points versus 2019. Unlike other retailers, our inventories are in line. They’re up 17 percent versus last year, but they’re only up about 8 percent in dollars and down 12 percent in units versus where they were in 2019. Investors were worried about the inventory overhang that’s out there at some other retailers and what that might mean for profitability going forward.

What’s driving the Academy’s continued improvement? First, behavior. I think people, certainly during the pandemic, took their health more seriously and started healthy habits, getting outdoors more, taking on more sports, and working out more. That’s a longer-term behavioral shift. Now, some people have lapsed back to old routines and may not work out as much as they did during the pandemic, but I think people are. It’s also structural in terms of the improvements we’ve made to the business in terms of how we buy, how we assort, how we allocate merchandise, etc. The third one is competition. Brands and vendors have pulled back distribution from retailers outside of our space.

How did margins hold up in the quarter? Did you feel pressure from promotions? The merchandise margin was up 20 basis points last year, surprising some people. We would attribute a lot of that to being better operators, being more thoughtful about how we buy merchandise, flow it, allocate it, and mark it down—being better in localizing our buys. We’d say a lot of that is a structural improvement. Certainly, the second quarter was more promotional than the first quarter, but that’s the nature of the calendar.

The second quarter had events, including Mother’s Day, Father’s Day, Memorial Day, and Fourth of July, versus not many natural holiday events that are promotional in Q1, outside of Easter or spring break. But, we do anticipate that with the inventory levels out there, people will have to lean into promotions more during the back half of the year to try to move through some of that inventory. We’re not in that position. We don’t have to promote from an inventory liquidation perspective, but, certainly, we’ve got to be mindful of being competitively priced. We take our position as a value leader in our space very seriously. We don’t want to get undercut on price. We’re anticipating that people will be promoting to move their inventory, and we have to react to some of that.

Has the improvement in buying, allocation, planning, and pricing been more tech-driven or more about process? It’s a combination of both. I think we had good systems. K.K.R., who owned us before we went public, did a good job of investing in putting in place some good foundational systems; however, I don’t think the teams were probably using them to the fullest extent that they could and, so, a lot of it was creating a better process, driving uniform adherence to the process, and getting the consistency of execution across the team. A great example is inventory levels.

One of our biggest challenges pre-pandemic before Ken (Ken Hicks, CEO) got here was that we carried too much inventory. It’s not a bad goal to be in stock. You want to satisfy customer demand, but because we were imprecise in our tools and how we bought things, we masked it by carrying increasingly heavy levels of inventory, and that ultimately is an unhealthy thing for a retailer. When we had much inventory, we would just throw the box on top of gondola fixtures that kind of ring the perimeter of our stores. As a customer, you can’t shop from those boxes. And as a store associate, you lose track of what’s in those boxes. So we had all this trapped inventory in these boxes stacked up on top of all the fixtures. And so when you see us having reduced our inventory levels from units versus 2019 by about 12 percent, we squeezed out of the pipeline from the inventory sitting in warehouse space on top of the fixtures and wasn’t selling. I think that’s where you’ve seen the team better understand how much to buy upfront, how much to allocate upfront, how much to hold in the D.C. That then gives you the ability to flow back better based on demand and traffic in the stores.

How has Academy become smarter in how it takes markdowns? We used to take markdowns out of season. Iif you’re going to mark down cold weather goods in May or June, there’s usually no market for them. If you mark it down in-season and start that process a little earlier, you can move through it faster and have a better margin profile. And so I think it’s more thoughtful about when and how we clear seasons and getting some discipline around it.

Are you seeing much trading down amid inflationary pressures? Is that a concern? Our private brands performed very well during the quarter so you could interpret that as maybe some people are trading down to private brands. That being said, Yeti, which is one of the premium brands in our assortment from a pricing perspective, also had a really great quarter. So I think one of the newer strengths of Academy is we’ve built a very logical thoughtful “good, better, best” positioning in our store. We didn’t have that before. In some cases, we’d have a “good,” but no “better” or “best.” In other cases, we’d have a “good” and “best” but no “better.” So a great example is apparel. We always had an opening price point kind of fighter brand called B.C.G. that was really price-point driven. It’s t-shirts for $4.99 or $6.99 and things like that. And historically from B.C.G., you’d have to go all the way up to Nike, Adidas or Under Armour to find the next logical item in the assortment. So we felt there’s a gap in there and recently introduced two private label brands, one of the female side called Freely and one of the male side, R.O.W., as a way to kind of reach that that “better” price point gap between the two. So now there’s a clear “good, better best” positioning where you can buy B.C.G. as our “good,” Freely and R.O.W. as our “better,” and then you have the premium national brands like Nike, Under Armour and Adidas out there to satisfy the “best.” So if the customer shopping with us wants to trade down, they don’t go to another store. They can either trade down into R.O.W. or Freely or to B.C.G. Also having brands like Nike and other premium brands, we think we’re going to get trade-down business as shoppers from other stores look for a place where they can get that value. So we feel like we’re in a kind of a really good spot where we can keep our customer who’s with us shopping more and at the same time pick up people who are trading down. We think that our value position in the space really is going to allow us to do that.