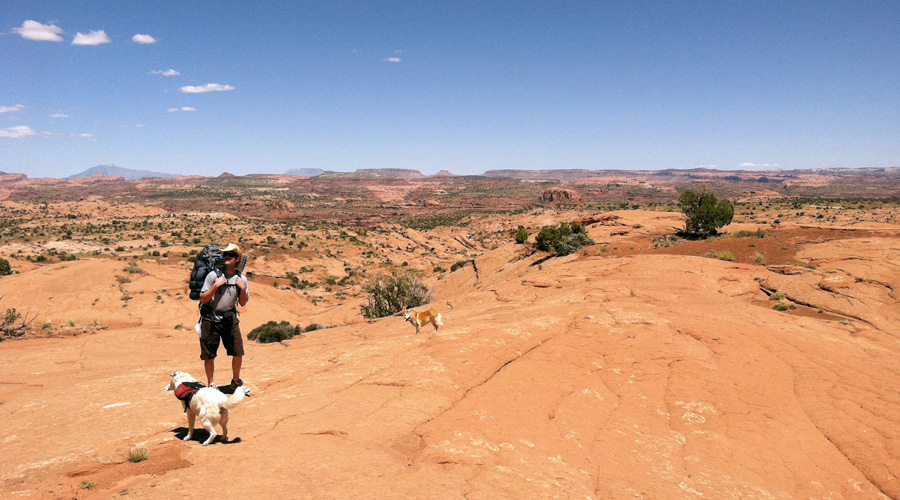 This time, it’s to take on the state of Utah and its politics.

Both men this past week penned letters calling for the state’s leadership, including Gov. Gary Herbert, to back off plans for the state to take control of federal public lands, and in some cases lease portions of those lands to drilling and mining companies. If Utah moves forward nonetheless, then the outdoor industry should use its economic clout of the semi-annual Outdoor Retailer Winter and Summer Market trade shows in Salt Lake City to move the events out of the state, Chouinard and Metcalf argue.

Chouinard, who still owns Patagonia, went as far as to say that the company was ready to act on it’s own, if necessary. “We love Utah, but Patagonia’s choice to return for future shows will depend on the Governor’s actions.”

Metcalf departed Black Diamond as CEO about a year ago, and while he doesn’t have a company at his back, he still remains an influential voice in the industry. “Why are we here?” Metcalf asked in his letter. “We are in the birther state of these anti-public land policies that have metastasized and exported elsewhere in the West. We need to stand up to this power to power, truth to power and tell the state: We will not stay here with our trade show if you do not change these policies.”

The letters ultimately put pressure on the Outdoor Industry Association and Emerald Expositions, which partner to run the shows that are contracted to remain in Salt Lake City through 2018. Throughout the past few years, the organizations have worked with the state’s leadership to ensure that conservation and recreation interests had a seat at the table. Utah was one of the first states in the nation, for example, to establish a state office of outdoor recreation. But state officials also maintain that there can be a balance of use on public lands, including raw material extraction.

In a response to the letters, OIA and Emerald officials stopped short of threatening a potential move for the shows, but stressed “that the protection of America’s public lands, including those in Utah, are critical and any threat to their protection is a threat to the outdoor industry,” adding that they continue to have “an open and honest relationship with the governor. We will continue to listen to members and show attendee feedback on both the appropriate venue for the show as one factor along with considering the need to have the show in a location that meets the business requirements of the industry.”

Utah Deputy Chief of Staff Paul Edwards also released a statement, saying: “There is no all-out-assault against Utah’s public lands. Gov. Herbert has been clear that Utah is, always has been, and always will be a public lands state. What concerns Gov. Herbert is the process that has been used to make public lands decisions.”