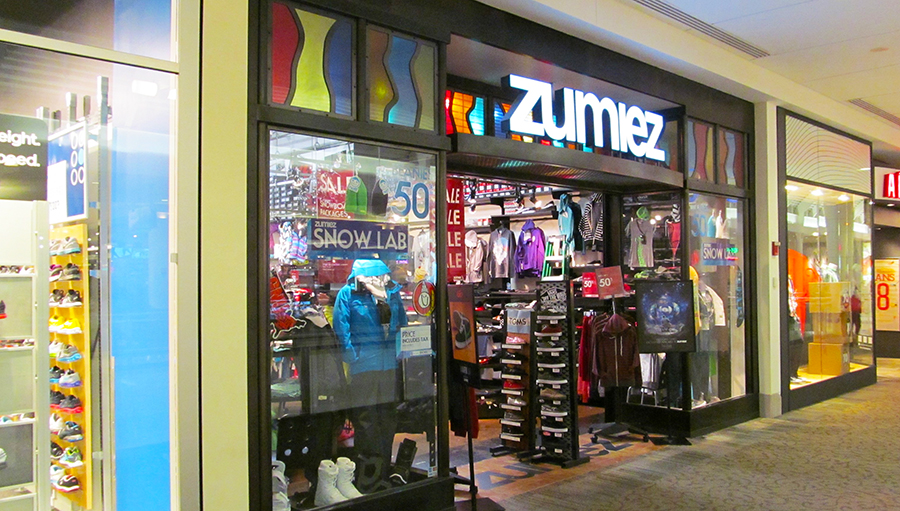 Zumiez Inc.’s fourth-quarter earnings came in better than expected and momentum continued into February. Sales are generally holding up well in its home state of Washington despite the coronavirus although officials aren’t sure to what extent social distancing will hurt sales.

On the Q&A session the company’s conference call on March 12, Zumiez’s officials were asked to what degree online sales would make up for in-store sales with the calls for social distancing.

Rick Brooks, CEO, said the answer depends on reach retailer’s connections with consumers. He noted that Zumiez’s stores remain key ingredients to its connection with customers.

“We have a very strong community aspect to what we do as a retailer,” said Brooks. “Our stores have actually become hubs for these like-minded young people who want to individuate and think about expressing their identity. They have relationships with our salespeople…Many customers come into our stores because they have fun being there, fun working with our teams.”

But he feels “much more confident in our positioning relative to what we’re doing for our customers,” due to the retailer’s “tighter connectivity” with customers. He cited as evidence Zumiez’s streak of strong sales with many purchases being made at full price.

Said Brooks, “In my mind, that is the measure that shows, that demonstrates a retailer is winning in their marketplace because customers go with their dollars on things they find valuable in their life, where value is being added. Now, if I would just sell generic low price clothing I would be – I wouldn’t feel very confident about where I’m at right now.”

An encouraging sign of Zumiez’s performance in Washington, which has seen a large number of cases. Overall, Zumiez continues to see “very strong” sales in the state. Stores near the epicenter areas near Seattle were down mid-single-digits over the prior week and up low-single-digits overall. Chris Work, CFO, said this shows that online is recouping “some of that lost physical demand in those stores.”

One area where sales have felt an impact is in southern Austria, where Zumiez has a number of stores near the Italian border, partly due to the country’s travel ban.

Said Work, “We find some comfort in the diversity of our store base and the resiliency of our model, and we expect some areas to be challenged and other areas to perform OK. And that might change over time as this virus moves across the country.”

Net income was up 27.9 percent to $37.9 million, or $1.48 per share. Included in this amount was a STASH loyalty program deferred revenue adjustment that had a positive impact of earnings per share of approximately 6 cents per share.

For the first quarter, Zumiez’s sales are projected to be in the range of $219 to $223 million including anticipated comparable sales growth of between 2.0 percent and 4.0 percent. Consolidated operating margins are expected to between 0.4 percent and 1.3 percent, resulting in EPS between 1 to 7 cents compared with last year’s earnings of 3 cents.

The guidance does not take into account some of the macro factors going on globally including the impact of the Coronavirus.

Brooks said overall on the coronavirus situation, “We’re monitoring the fluid situation closely with the well-being of our customers and employees as the top priority. We have teams focused on monitoring, planning for and responding to any potential impacts that the virus may cause for our business. We’re actively following guidance from health officials and local authorities. We’re assessing potential implications for both traffic and supply chain.

“We remain in close contact with our vendors and brand partners as it relates to merchandised deliveries. And while we have not seen a material impact on the year-to-date results, we remain cautious about the potential implications.”

Zumiez currently intends to open approximately 20 new stores in fiscal 2020, including up to 8 stores in North America, 8 stores in Europe and 4 stores in Australia. Zumiez ended 2019 with 718 stores, a net addition of 11 stores year over year. Overseas, Zumiez operates Blue Tomato and Fast Times.