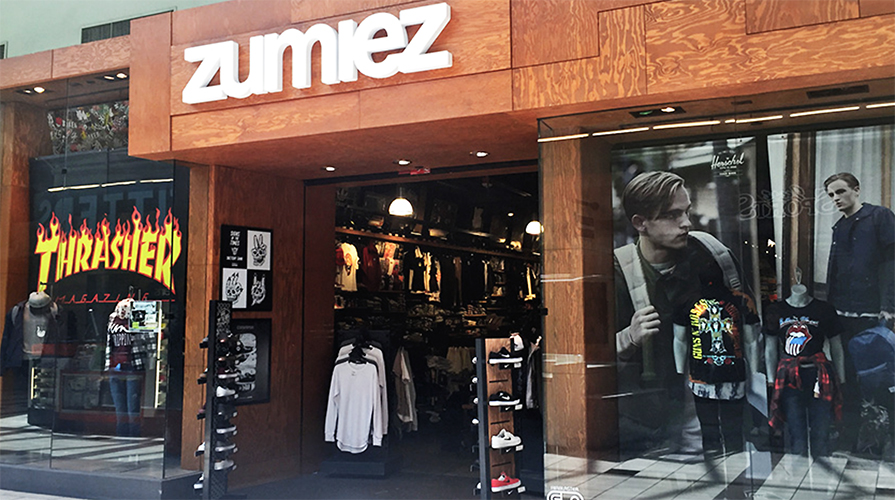 Zumiez Inc. underscored its commitment to its employees when management made the early decision to pay all full-time staff throughout the pandemic. Company CEO Rick Brooks said on a conference call with analysts that the brand believed the move would benefit the whole company in the short and long term and that they are starting to see the benefits in their results.

Brooks said it started pre-opening its stores as employees continue to connect with customers digitally through social media and fulfillment in its stores, and “this has only magnified since starting the reopening process.”

Stated Brooks, “We cannot be more proud of the dedication exhibited by our teams during what has been the most difficult operating conditions the Company has ever faced. We banded together, took care of each other and maintained a strong commitment to our customers. We learned to work effectively together, while physically apart from one another, to maintain the needs of the business and successfully navigate the new challenges created by this unprecedented situation.”

Brooks went on to say that the benefits of its one channel operating model weren’t fully evident prior to COVID-19, but he believes it is now, as they have been able to optimize inventory management and fulfill the digital demand using store fulfillment quickly, “yet in a safe and efficient manner.”

ZUMZ ended the first quarter with only 65 stores open for business — 9 percent of the entire store base — but by the end of May, that number had increased to 493 stores or 69 percent.

Brooks said the collective effort to reopen has gotten Zumiez off to a “great start” with total May sales declining 8.6 percent compared to a 35 percent decline in the first quarter.

Zumiez opened stores throughout May as local regulations and guidance allowed. Overall results were said to have exceeded expectations with total sales starting the month in Week 1, down 35.8 percent; Week 2, down 12.7 percent; Week 3, up 5.1 percent; and Week 4, up 8 percent. Management said it was worth noting that total sales were up from the prior year in the last two weeks of the month, despite the fact that there were still hundreds of stores closed at the end of May.

From a domestic standpoint, Zumiez has seen 87 percent of stores that have re-opened comp positively with roughly 50 percent of stores that have opened comping over 50 percent positive on a four-wall basis. Management said they have seen indoor centers perform stronger than outdoor centers, but both were reportedly “very strong.” The Company sees a strong intent to buy across stores with “meaningful increases in dollars per transaction, driven by units per transaction.”

Online sales in markets where stores have reopened have reportedly decreased moderately, but “remained extremely high throughout the month, currently running over 100 percent domestically and very high-double-digits in Europe.” Traffic was reported to remain highly driven by organic and direct search. ZUMZ said it has seen store comps by week continue to be strong “for the most part.” It also sees challenges, as expected, in “tourist markets as well as some border markets and college towns.”

Looking at the results from the first quarter, net sales decreased 35.3 percent to $137.8 million compared to $212.9 million in the first quarter of 2019. The decrease in sales was said to be driven by the impact of COVID-19 and the closure of physical retail stores across the world offset by gains in online sales throughout the period. From a regional perspective, North America net sales decreased 38 percent (-37.9 percent currency-neutral) to $116.6 million. Other International net sales, which consist of Europe and Australia, decreased 15 percent (-11.7 percent currency-neutral) to $21.2 million.

Brooks said they started to feel the negative sales impact of COVID-19 in the second week of March. For the first five weeks of the quarter through March 7, total sales were up 7.5 percent from the same five-week period in the prior year. For the final 8 weeks of the quarter, which included nearly all of the stores being closed for the majority of that time period, total sales were down 60.3 percent despite 75.9 percent growth in online sales as Zumiez shifted efforts to serving customers digitally. All categories were said to be down in total sales with hardgoods being the least negative followed by women’s, accessories, footwear, and men’s’ clothing.

First-quarter gross margin was 17.2 percent of sales compared to 31.2 percent in the year-ago period, driven primarily by a 790 basis point increase in store occupancy costs due to the continuation of rent charges without associated sales during the period of closures. While a significant portion of cash rent payments was deferred, the income statements continued to reflect all occupancy charges due during the quarter. The gross margin decrease was also reportedly driven by a 350 basis point increase in order fulfillment and distribution costs due to increased web activity as a result of COVID-19 related store closures as well as de-leverage across the distribution center fixed costs including the continuation of wage payments during store closures. There was also a 140 basis point decrease in product margin and a 90 basis point increase in COVID-19 related impairment of right-of-use assets.

Work reported that the business ended the first quarter “in a strong financial position.” Cash and current marketable securities increased 29.3 percent to $217.2 million as of May 2, 2020 compared to $168 million as of May 4, 2019. As of May 2, 2020, Zumiez had no debt on the balance sheet but does have approximately $14.4 million in deferred payments associated with deferred lease payments and governmental programs. The Company continues to maintain access to its $39.5 million unused credit line.

ZUMZ ended the first quarter 2020 with $136.4 million in inventory compared with the $136 million in inventory at quarter-end last year. Inventory grew only 0.3 percent from the prior year as the merchandising teams worked to cancel or push out orders to curb the impact of declining sales due to store closures. Given the strategy to fulfill orders from stores, inventory in a large percentage of its stores continued to move through digital order fulfillment rather than remaining stagnant during the shutdown. Aged inventory, as a percent of total inventory, was up slightly.

Zumiez is planning to open approximately 9 new stores in 2020 including 5 stores in North America,c3 stores in Europe and 1 store in Australia. The number of openings is down from the initial plan coming into the year for 20 new stores. Brooks said the number may increase if ZUMZ sees the right opportunities in the marketplace.

The retailer expects capital expenditures for the full 2020 fiscal year to be approximately $11 million compared to $19 million in 2019 and the original plan for 2020 for between $18 million and $20 million. The majority of the capital spend was said to be dedicated to new store openings and planned remodels, and the amount may also increase if the brand is able to secure advantageous locations as it moves throughout the year.