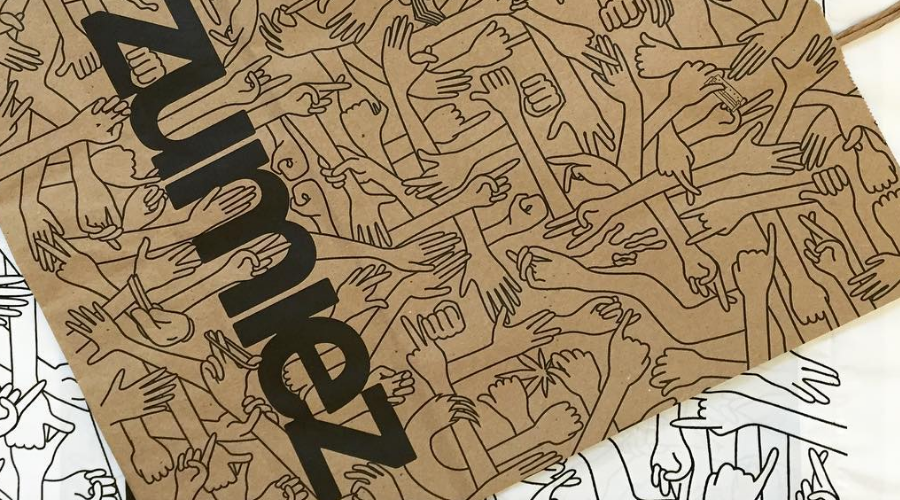 Action sports retailer Zumiez Inc. (Nasdaq:ZUMZ) reported a loss on a comp decline in the second quarter and issued weak guidance for the third quarter. On the positive side, second-quarter results beat management’s internal expectations and comps turned positive to date in the current quarter, indicating that the business could finally be stabilizing.

Shares of Zumiez were up more than 6 percent, September 9, following the release.

Revenues slid 0.9 percent to $178.3 million. Comparable-store sales declined 4.9 percent on top of a 4.5 percent drop in the same period a year ago. Guidance had called for sales between $172 million and $176 million on a comp decline in the range of 6 to 8 percent.

On a conference call with analysts, Rick Brooks, Zumiez’s CEO, said, “Second-quarter results came in ahead of our guidance, though we continue to be impacted by the macro level headwinds that have been affecting the retail sector for the last 18 months.”

He added that the results continue to be “well below results we expect to deliver over time.”

Late Back-To-School Boost
Brooks said the company was encouraged by improving monthly comps during the quarter and the progress in managing expenses. While August comparable sales declined 1.1 percent, “meaningfully better results” were seen in the last week of August through Labor Day weekend and into early last week. That’s echoed other retailers, who all saw later-than-usual back-to-school sales boosts. The gains at Zumiez turned its quarter-to-date comparable sales, through September 7, to a positive 1.2 percent. The increase was largely driven by transaction gains and centered around apparel and accessories departments.

“As we head into the back half of the year, we remain focused on effectively balancing our strategic growth objectives while protecting our near-term profitability, while remaining disciplined with our spending while focusing on the right investments to exceed our customers’ expectations,” Brooks said. “We believe our hyper-localized merchandise assortments, combined with our expanding global presence, has us well-positioned for both the near and long term.”

Omni-Channel Investments
He added that the company will continue to invest in its omni-channel initiatives with a focus on “staying in touch with our consumer on a personalized grassroots level” and supporting delivery across channels. Significantly faster delivery times for its online orders are already coming from its localized store fulfillment program. A customer engagement suite will be fully rolled out in North America in 2017 to help the chain gain additional touch points for its customers, a faster, more integrated-commerce platform and enhanced omni-channel functionality.

Expanding Abroad
Zumiez plans to open 27 new stores in North America and seven in Europe in 2016. New store openings have slowed in North America, with a focus on optimizing productivity at its existing stores.

Europe “remains highly fragmented” and is “still in the early stages of expansion.” The rate of store openings in Europe this year is slightly higher than 2015 and Zumiez, on August 31, completed the acquisition of Fast Times, a Melbourne, Australia-based lifestyle retailer. Established in 2008, Fast Times operates five stores and a website in Australia.

“We are excited about the opportunity to establish a strong foothold in the market and join forces with a successful leading company that shares our core values and operating philosophy,” Brooks said.

Second-Quarter Results
The comp decline in the latest quarter was driven primarily by lower transaction volume, slightly offset by an increase in dollars per transaction. Among categories, notable strength was seen in the men’s category as the quarter progressed. Other major product classifications, including hardgoods, juniors, footwear and accessories, all comped down for the quarter.

Besides the sales drop, the loss in the quarter reflects a 130-basis-point decline in gross margin, to 30.8 percent, largely due to deleveraging its occupancy with the sales decline. Product margins were ahead 30 basis points in the period. SG&A expenses increased to 31.5 percent of sales, from 29.2 percent, due to expenses supporting new stores and the impact of the sales decline.

“Our focus remains on making those decisions that best align our investments, expenses and growth strategies with our commitment to providing a unique approach to the market through an authentic brand experience for our customers,” Brooks concluded. “We’re confident that we are making the right decisions now to sustain us in the long term, and in doing so we believe are well-positioned to capture global market share.”