Zumiez reported comps rose 8.0 percent in December compared to a 2.4 percent decline in the 2013 month. Transactions grew while average selling prices dipped, Zumiez told investors on a conference call. Positive comps were seen in accessories, juniors, men’s, hard goods and footwear. Boys, which represent less than one percent of sales, saw the only decline. Net sales increased 14.4 percent to $143.4 million.

Pacific Sunwear saw comps in December increase 9 percent. It likewise raised its fourth-quarter guidance, now expecting a comp gain of 6 percent and a loss from continuing operations per share to be in the range of 11 to 12 cents a share. Previously, it projected a loss in the range of 12 to 17 cents and comps to come in flat to up 4 percent.

“We have had an excellent holiday season with strong sales performance in both men's and women's and an estimated 400-500 basis point improvement in gross margins,” said Gary Schoenfeld, president and CEO. “With what will be our 12th consecutive quarter of positive comparable store net sales, customers are embracing the new PacSun and our elevated brands and merchandising assortments.”

More modestly, comps at The Buckle increased 2.5 percent. The gains were led by a 10.5 percent at men’s, which represented 49 percent of sales in the month, officials told analysts on a conference call. Men’s were led by denim and casual bottoms, woven knit shirts, sweaters, outerwear and footwear. Women’s comps were up 1.2 percent, led by woven and knit tops, sweaters, active apparel and footwear. Net sales increased 5.4 percent to $190.6 million.

The western and work boot big-box retailer raised its guidance for the year, expecting comps to increase in the range of 6 to 7 percent and earnings in the range of 64 to 68 cents a share, adjusted for its IPO last year. It previously expected a mid-single digit comp gain and EPS between 62 cents and 66 cents.

Among department stores, Macy’s reported that comps rose 2.7 percent in November and December combined. Results were within line of its guidance calling for the 2 to 3 percent gain.

“We feel very good about our performance in the November/December period as we reversed trend from a soft third quarter and set the stage for continued progress going forward,” said Terry Lundgren, chairman and CEO.

Macy’s maintained its full-year 2014 earnings guidance, which had been revised on Nov. 12, in the range of $4.25 to $4.35 per share. It narrowed its comp guidance to range of 2.5 percent to 3 percent, up from 2 percent and 3 percent previously.

In a separate release, Macy's said it is closing 14 stores this spring, affecting about 1,300 employees and less than 2 percent of its stores. It also said it is retooling its staffing at Macy's and Bloomingdale's stores, a move that could affect up to 2,200 employees, who could be moved to other jobs. Macy's said, “Selling service and support is being modified to match business opportunity in each department.”

J. C. Penney reported comps over the combined nine-week November and December period rose 3.7 percent over the same period last year. The company now expects to report fourth quarter comps at the upper end of its previous guidance range of 2 to 4 percent. Said CEO Myron E. (Mike) Ullman, “Customers clearly responded to our combination of great merchandise and compelling promotions this holiday season. We are proud of these results, and believe the work we are doing will fuel the continued growth of our business.”

Regardless, Penney two days after its sales release said that it will close about 40 stores this year and cut approximately 2,250 jobs. The closings represent nearly 4 percent of its store base.

Stage Stores, which operates 858 department stores under the Bealls, Goody's, Palais Royal, Peebles And Stage Nameplates, reported its November/December comps grew 6.5 percent. Footwear, women’s and cosmetics categories were “especially strong.”  Stage Stores now expects EPS for the current year to come in the range of $1.14 to $1.18 a share, up from $1.05 to $1.15 previously. 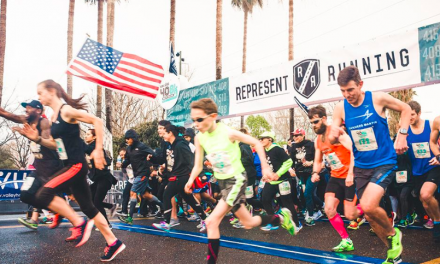